Selfie Retouching Defaults To 'Off' On New Google Pixel Phones 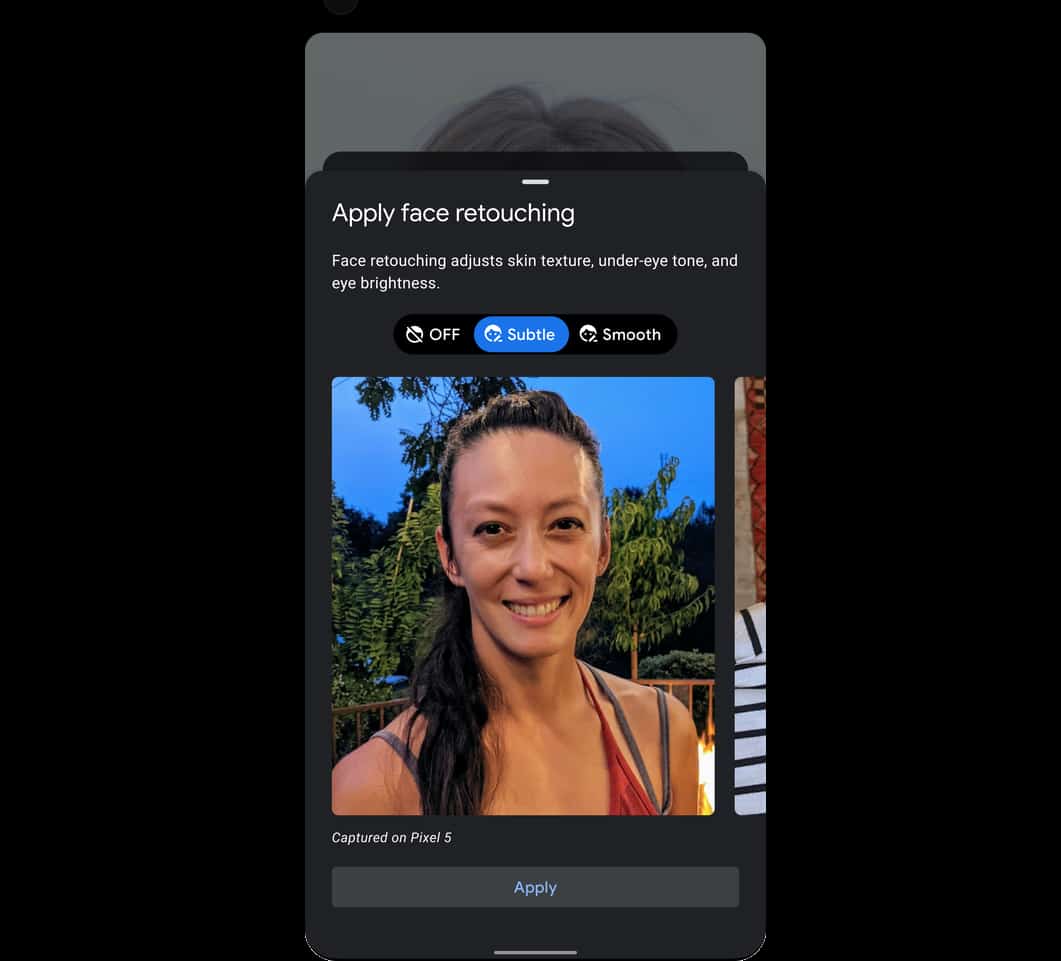 Google has decided to disable the selfie retouching feature on the Pixel 4a, 4a 5G, and 5. Do note that it is disabled by default, but you can enable it via the Google Camera app.

There’s a good reason for that. The company says that it found out some interesting information by conducting multiple studies, and talking with child and mental health experts from around the world.

It found out that the lack of information connected to taking selfies can impact mental wellbeing. Many people are not aware that a camera or photo app has applied a filter on top of photos you take, by default.

Such filters can “quietly set a beauty standard that some people compare themselves against”, says Google. For that reason, the company has not only decided to disable such filter from the get-go, but also offer more information about it.

The company now leaves a note with more information before you turn on the filter. It says that “face retouching adjusts skin texture, under-eye tone, and eye brightness”. You can choose between “Subtle” and “Smooth” options… or leave it off.

The company also says that it wanted to stay away from using the term “Beauty”, it opted to use iconography and language that is value-neutral. In other words, it allows you to decide what retouching means to you.

Each of these settings come with their very own description, so that you know exactly what each does. These changes will start coming with the Pixel 5, 4a, and 4a 5G, but will spread to other devices which run the Google Camera app.

This makes a lot of sense. Many people have unrealistic expectations of their appearance as they tend to look vastly different in pictures. The so-called “beauty” effects can cause issues for people, make them insecure about themselves.

It’s nice to see that Google is moving in the right direction regarding this. Both turning off the retouching feature, plus staying away from the “Beauty” name seem to be the right choices.

For those of you who missed it, Google announced its new Pixel devices a couple of days ago. Well, the Google Pixel 5 and 4a 5G were announced, while the Pixel 4a landed a while back. You can read more about the newly-announced phones by clicking here.