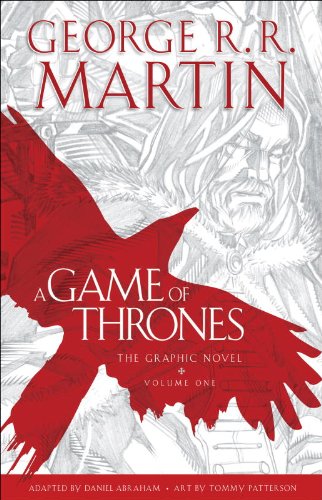 HBO’s A Game of Thrones continues to be a ratings juggernaut, but due to the show’s large cast and multiple plot threads, it can be difficult for newcomers to enter the Thrones fold so late in the game. These graphic novels can certainly help fill in the gaps of seasons 1 and 2, as they’re based solely on the TV show. From there, you’ll have until spring of 2016, when season 6 is set to premiere, to stream seasons 3 – 5.

Each volume includes 6 individual issues which normally sell for $3.99 each or more, so if you intend to work your way through the entire series you’ll save some money with these anthologies.

You’ve read the books. You’ve watched the hit series on HBO. Now acclaimed novelist Daniel Abraham and illustrator Tommy Patterson bring George R. R. Martin’s epic fantasy masterwork A Game of Thrones to majestic new life in the pages of this full-color graphic novel. Comprised of the initial six issues of the comic book series, this is the first volume in what is sure to be one of the most coveted collaborations of the year.

Winter is coming. Such is the stern motto of House Stark, the northernmost of the fiefdoms that owe allegiance to King Robert Baratheon in far-off King’s Landing. There Eddard Stark of Winterfell rules in Robert’s name. There his family dwells in peace and comfort: his proud wife, Catelyn, his sons Robb, Brandon, and Rickon, his daughters Sansa and Arya, and his bastard son, Jon Snow. Far to the north, behind the towering Wall, lie savage Wildings and worse—unnatural things relegated to myth during the centuries-long summer . . . but proving all too real and all too deadly in the turning of the season.

Yet a more immediate threat lurks to the south, where Jon Arryn, the Hand of the King, has died under mysterious circumstances. Now Robert is riding north to Winterfell, bringing his queen, the lovely but cold Cersei, his son, Prince Joffrey, a cruel, vainglorious youth, and the queen’s brothers Jamie and Tyrion of the powerful and wealthy House Lannister—the first a swordsman without equal, the second a dwarf whose stunted stature belies a brilliant mind. All heading for Winterfell and a fateful encounter that will change the course of kingdoms.

While across the Narrow Sea, Prince Viserys, heir of the fallen House Targaryen, which once ruled all of Westeros, schemes to reclaim the throne with an army of barbarian Dothraki—whose loyalty he will purchase in the only coin left to him: his beautiful yet innocent sister, Daenerys. 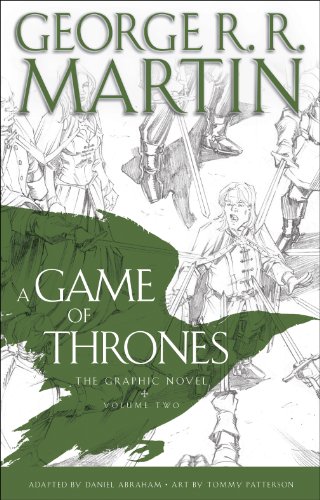 Novelist Daniel Abraham and illustrator Tommy Patterson are not merely turning George R. R. Martin’s epic fantasy A Game of Thrones into a graphic novel: They are meticulously translating one art form into another, and capturing the intricate nuances of Martin’s novels just as HBO is doing with the blockbuster series. The Abraham/Patterson collaboration is more than just a faithful adaptation. It is a labor of love—and a thrilling masterwork in its own right.

Now, in the second volume, the sweeping action moves from the icy north, where the bastard Jon Snow seeks to carve out a place for himself among bitter outcasts and hardened criminals sworn to service upon the Wall . . . to the decadent south and the capital city of King’s Landing, where Jon’s father, Lord Eddard Stark, serves as the Hand of King Robert Baratheon amid a nest of courtly vipers . . . to the barbarian lands across the Narrow Sea, where the young princess Daenerys Targaryen has found the unexpected in her forced marriage to the Dothraki warlord Khal Drogo: love—and with it, for the first time in her life, power.

Meanwhile, the dwarf Tyrion Lannister, accused by Lady Catelyn Stark of the attempted murder of her now-crippled youngest son, must call upon all his cunning and wit to survive when he is captured and imprisoned in the lofty dungeons of the Eyrie, where Lady Stark’s sister-a woman obsessed with vengeance against all Lannisters-rules. But Catelyn’s impulsive arrest of the Imp will set in motion a series of violent events whose outcome is fated to shake the world at the worst possible moment. For now is not the time for private feuds and bloodthirsty ambitions. Winter is coming . . . and with it, terrors beyond imagining. 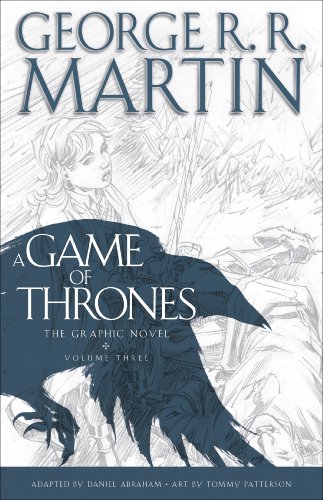 When dealing with a masterpiece, only the best will do. That’s why writer Daniel Abraham and illustrator Tommy Patterson were chosen to adapt George R. R. Martin’s beloved fantasy classic A Game of Thrones as a graphic novel. And as anyone who has read the previous two collected volumes of the ongoing series can attest, the result has been a stunning tour de force faithful in every respect to its brilliant original.

In King’s Landing, Lord Eddard Stark of Winterfell-the Hand of King Robert Baratheon-is surrounded by enemies. Some are openly declared, such as Ser Jaime Lannister and his sister, Queen Cersei. Others are hidden in the shadows. Still others wear the smiling mask of friends. But all are deadly, as Eddard is about to discover. Nor is the enmity between Eddard and the Lannister siblings the sole source of friction between these powerful noble families.

For Tyrion Lannister, the Imp-whose stunted, twisted body houses the mind of a genius-has but lately won his freedom from Lady Catelyn Stark, Eddard’s wife, who had accused him of attempting to murder her youngest son, Brandon. Now he seeks out his father, his restless thoughts bent on revenge.

Far to the north, the bastard Jon Snow, newly sworn to the Night’s Watch, takes the first faltering steps toward a destiny stranger than he could ever dream-a destiny that will bring him face-to-face with unspeakable horrors from beyond the edge of the world.

While across the Narrow Sea, Daenerys Targaryen, wed to the great Dothraki warlord Khal Drogo, and pregnant with his child-a son prophesied to conquer the world-will see her own destiny take an unforeseen turn. 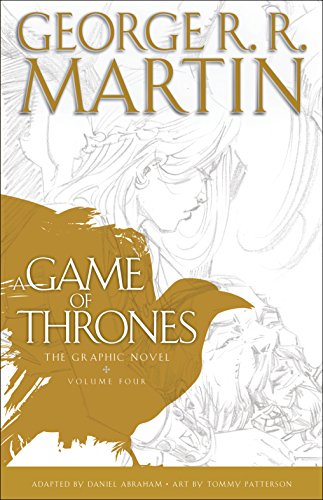 Bestselling writer Daniel Abraham and acclaimed illustrator Tommy Patterson bring their stunning graphic-novel adaptation of George R. R. Martin’s classic A Game of Thrones to a stunning finish that merits a place on the bookshelf of every fantasy fan alongside the majestic original.

The death of King Robert Baratheon and the imprisonment of his Hand, Lord Eddard Stark of Winterfell, has set the great houses of Westeros at one another’s throats. In Winterfell, Eddard’s eldest son and heir, Robb Stark, has gathered an army and is pushing south, determined to free his father. Along the way, he pledges to marry the daughter of Lord Walder Frey in exchange for a military advantage that allows him to capture Jaime Lannister-a powerful bargaining chip to ensure Lord Eddard’s safe release.

But it is one thing to capture the Kingslayer and quite another to hold him. Meanwhile, in King’s Landing, young King Joffrey has other ideas than an exchange of prisoners. Ignoring the advice of his mother, Queen Cersei, he throws oil on the flames of conflict and ignites a conflagration that seems likely to consume not only the Starks but all of Westeros-unless Tyrion Lannister, the Imp, can bring the mad boy-king to heel.

Beyond the Wall, greater dangers are brewing, as a winter as brutal as any in history approaches, bringing with it unnatural creatures out of legend. There, Eddard’s bastard, Jon Snow, must decide once and for all where his loyalties lie. And across the Narrow Sea, Daenerys Targaryen will learn the true measure of grief-and emerge from its fiery depths transformed, hardened, and ready to claim what is hers by right: the Iron Throne.