Tomorrow at 7AM PT, Nintendo will be revealing the final details of the Wii U launch. The publisher's next-generation console is supposed to release this holiday season, and the company sure is coming in hot with the details. How much will it cost? When will it come out? Will there be any other surprises in store during tomorrow's conference? We polled a few of the Shack staff to see what they think.

Steve Watts We all agree that Nintendo needs to come out swinging with a strong line-up. The problem is, it seems like the company thinks the line-up is already strong. (It isn't.) I'm not sensing much buzz over yet another New Super Mario game, but Nintendo seems to be putting its eggs in that basket. As a result, I'm not expecting software announcements beyond what we already know.

The bigger question is how they'll balance price and pack-ins. I'm inclined to think Nintendo learned a hard lesson from the 3DS and wouldn't go above $250. On the other hand, the system really needs a pack-in game, and Nintendoland would fit the bill. If they throw that game in as a bundle to be the "Wii Sports" of this new system, they'd probably balk at such a low price and might go for $300 instead. 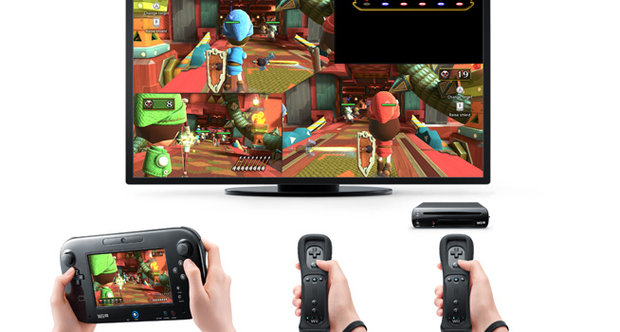 Will Wii U come bundled with NintendoLand?

Jeff Mattas Normally, I'd be pretty excited about the details surrounding a new console launch, but there are a few things about the Wii U announcement event tomorrow that have tempered my enthusiasm, if not squelched it outright. Up to this point, the titles that have been announced for the new system are largely a combination of third-party games and enhanced ports of titles that most of us have already played on the Xbox 360 or PlayStation 3. Unless you're super excited about NintendoLand or an incremental update to the New Super Mario Bros. series, Wii U's first-party lineup seems rather lacking. It's pretty telling to me that Ubisoft had a much stronger Wii U games lineup at E3 than Nintendo, itself. Software is what makes or breaks a new console, and Nintendo still has yet to really excite me, in that regard. Looking back on the original Wii, it still collects the most dust of all my gaming machines. With each passing year, I come closer to grips with the fact that I don't feel like I'm part of Nintendo's target audience anymore. It's certainly possible that Nintendo might show a teaser (or perhaps even gameplay footage) of another installment of a beloved IP that hasn't been announced yet, but I wouldn't expect any such games to be ready for the console's launch.

As far as pricing goes, I think $299 is a pretty safe bet for the Wii U launch. I personally think they'd sell considerably more units at $249, but that price point doesn't really leave much room for the inevitable future console price drops. I also think that as much as the Wii U's new tablet controller is being touted as a selling point for the system, early application of the device seems more gimmicky than necessary, in most cases. As such, I wouldn't be surprised if Nintendo eventually announces a lower priced bundle--sans tablet.

Andrew Yoon I don't think Nintendo would hold off on announcing the Wii U launch info for as long as it has if it didn't have an ace up its sleeve. Tomorrow's going to be a big day for the company, and I think they're going to announce much more than just a date and price. I don't think we'll see a new Zelda game announced, though. I think, instead, we'll see the Wii U version of Call of Duty: Black Ops 2--complete with exclusive features that take advantage of the GamePad.

Regarding price, I'm going to agree with what everyone else has said--minus Jeff's prediction that they'll release the console without the tablet. The tablet is the console, so that seems unlikely. I'm going to say Wii U will cost $1 because we're playing this Price is Right style, and someone's gotta low-ball everyone else.

Tune into Shacknews starting at 7AM for complete coverage from Nintendo's Wii U event.