She has escaped the marriage from hell… But her husband will stop at nothing to get her back, and kill her. Dangerous Intentions (His Agenda 2) by Dori Lavelle 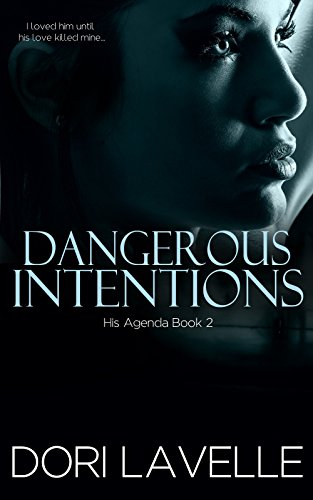 **WARNING: Due to sexual situations and dark adult content, this book is not intended for readers under the age of 18, and anyone who is unable to read books containing the following issues: kidnapping, murder, graphic rape, and extreme abuse.**

My name is Haley Macknight, and I’ve finally escaped my marriage from hell. But my husband, Jude Macknight, has murder on his mind. He will stop at nothing to get me back. Even from a distance, he’s controlling the course of my life. It’s only a matter of time before he finds me. Before he kills me.

From the moment I’d entered Jude’s life, he had managed mine. He’d ordered me, albeit with the illusion of gentleness at first, to do what he wanted. He’d molded me into the kind of woman that fit into his life. I had offered him my freedom in exchange for security, and then love. Freedom was a high price to pay, but one often finds that out too late.

**This serial unfolds over three volumes.**

5-star Amazon reviews:
“Without question, this series is now considered one of my very favorites of Dark Romance!”
“The word that comes into my mind after finishing this book is WOW! What a roller coaster ride of emotions that was! Dori Lavelle has done it again!!!”

She has escaped the marriage from hell… But her husband will stop at nothing to get her back, and kill her.
Dangerous Intentions (His Agenda 2) by Dori Lavelle