Showtime Let's You Stream Your Favorite Shows to Your Android

Just in time for the return of Twin Peaks to television, users can now access a high-quality app from the premium network, Showtime. With this innovative app, viewers can get access to all of Showtime’s content straight from their Android devices, and they will get it all commercial-free. 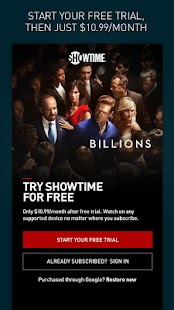 The Showtime app brings some of the best in content for viewers. New users have the option to try it all for a completely free trial. Once they set up a Showtime account, users will get access to all of the Showtime original shows, movies, sports, documentaries and much more. Additionally, users have the option to download their favorite shows and watch them at a later time. This comes in handy if users are not getting Wi-Fi connectivity or an Internet connection, so they can watch their favorite programs offline. One amazing feature for the Android version of the Showtime app is that users are not limited to their mobile devices. The app has Chromecast support, so users can transfer the programs from their apps to their television sets with just a tap of their devices. Additionally, the Showtime app offers the live TV feeds for Showtime East and Showtime West. Viewers can also set up a favorite show list that will automatically update when new episodes of a favorite TV series are released. Not to mention, there’s a great offering of amazing, original shows for the app, including Twin Peaks, Homeland and Shameless. 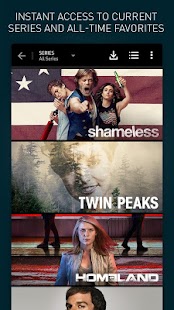 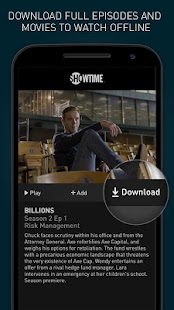 The Showtime app is free-to-download, and it’s available now for Android devices. Users can access the content first for free under a seven-day trial. After that, the app content is available for a price of $10.99 a month. The app is just a click away at the Google Play Store.