Rebellion's bone-splintering WW2 snipe 'em up remake Sniper Elite V2 is lining up a new target in its sights, the Wii U. After debuting on PC, Xbox 360 and PlayStation 3 in 2012, it'll infiltrate Nintendo's shiny new console this spring, all jazzed up with features for the Wii U GamePad.

Sniper Elite V2 on Wii U will let you use the touch-screen GamePad to "tag enemies and booby-traps, track enemy locations and activity, even monitor the blast radius of planted explosives," publisher 505 Games explained in today's announcement.

The remake of Rebellion's 2005 shooter launched to middling reviews last year, but Wii U owners are probably quite keen to have another solid-enough game about shooting faces.

Look, composite mockups of how Sniper Elite V2 will use the GamePad: 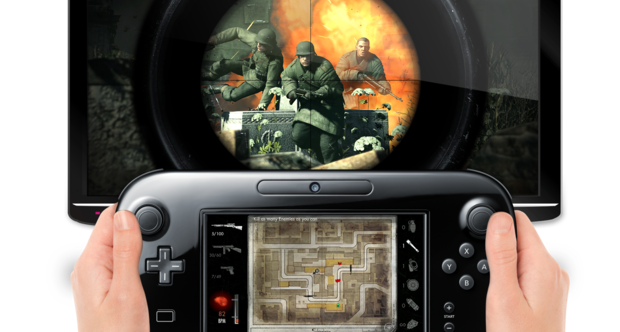 Bang!
Get the latest tips & apps for your Smartphone