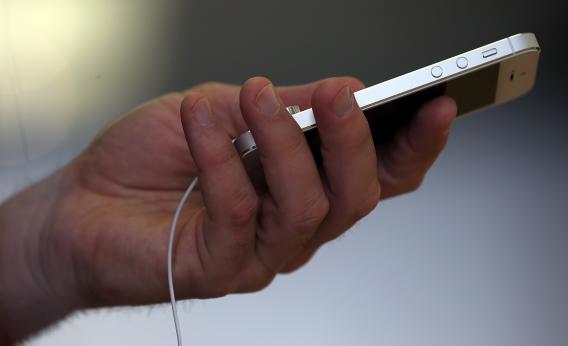 Apples next-generation EarPods might do more than help you listen to great music. They could also integrate with heart rate and blood pressure sensors. This news was first posted on anonymous information sharing platform Secret.

According to the posting, the EarPods will also feature iBeacons, so they dont get lost. More interestingly, they will require the Lightning port, which is why the audio jack was moved to the bottom.

Obviously, there is no way to confirm this news. As MacRumors first noted, however, a number of major tech stories have been broken on Secret. Adding to the drama, Apple proposed using sensors integrated into various accessories in a 2007 patent application.

Apples iOS 8 is rumored to include a new HealthBook app that would integrate with the companys so-called iWatch. Hopefully, well be hearing more about this on June 2 during the Worldwide Developer Conference (WWDC) keynote. The “iPhone 6″ is likely to be released this fall.

See also:This iPhone 6 Mockup Shows A Bigger, 4.7-Inch Handset Based On Real Designs,The Latest iPhone 6 Dummy Mould Shows More Of The Same, andApple’s iPhone 6 Could Be As Thin As The Current-Gen iPod touch.

So Thats Why Apple Moved The iPhone Audio Jack To The Bottom is a story by AppAdvice.com
AppAdvice - iPhone, iPad, iPod, App Reviews + News
Get the latest tips & apps for your Smartphone