So You Got A New iPad. Here's Some Free Stuff to Read. 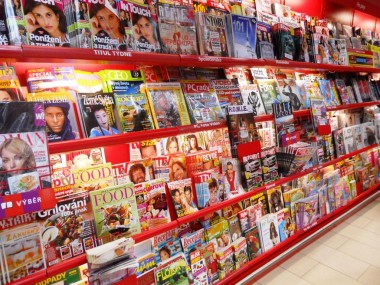 If you’re like me and you took advantage of the rare deals offered on a new iPad yesterday, then you’re probably playing around with the new device today, and finding interesting things to do with it.

Magazine publisher Condé Nast has a suggestion for you, and is offering a rare deal of its own. A free download of the current issue of the iPad edition of its many magazine titles, including The New Yorker, Vanity Fair*, Vogue, Bon Apetit and Architectural Digest.

Between the iPad and the iPhone editions, you’ve got very little excuse for that “stack of old magazines you don’t have time to get to” problem. And with the holiday season looming, who couldn’t use something to read on plane, train or while taking a badly needed break from an overdose of family?

To get them, go to the iPad’s Newsstand app, download the app for one of Condé’s titles. Once there the promotion, which is hard to miss. The same deal also applies to the Google Play version of the magazine apps available for Android tablets. It’s running through Dec. 2.

*It’s worth noting that my ATD colleagues Kara Swisher and Peter Kafka are both contributors to Vanity Fair.