According to a new leak that surfaced online, Sony’s upcoming flagship could sport four cameras, and become the first Sony-branded smartphone to ship with such a setup. The Xperia XZ3 is expected to ship with two rear-facing and two front-facing cameras, and those cameras are allegedly shown in the provided image down below. Needless to say, smaller sensors are reserved for the front, while the larger ones (on the right) will be included on the back.

As most of you already know, Sony had introduced its Xperia XZ2 and XZ2 Compact flagship smartphones earlier this year, and it seems like the Xperia XZ3, and possibly XZ3 Compact, could arrive as early as August, just in time for IFA. IFA officially kicks off in September, but most major announcements are taken care of in the second part of August, so it’s possible that Sony will announce the Xperia XZ3 line then. That being said, the alleged Xperia XZ3 handset already surfaced on GFXBench last month, while the device itself appeared in real-life images last month as well. If those images are to be believed, the Xperia XZ3 will resemble the Xperia XZ2 quite a bit, it will be made out of metal and glass, and its back side will be curved quite a bit. Two cameras will be included on the back, instead of one, and a fingerprint scanner will be located on the back as well.

Now, if GFXBench’s listing is to be believed, the Xperia XZ3 will sport a 5.9-inch QHD+ (2880 x 1440) display, 6GB of RAM and 128GB of internal storage. The device will be fueled by the Snapdragon 845 64-bit octa-core processor, just like the Xperia XZ2, and a 13-megapixel camera will be included on the front side of the phone. GFXBench listed only one camera, a 19-megapixel one, though two will probably be located on the back, so it remains to be seen what sensor exactly will Sony include on the back, in the addition to the 19-megapixel one. Android Oreo will probably come pre-installed on the phone, even though GFXBench reported Android 9.0, because Google’s Pixel 3 phones will probably be the first to ship with Android 9.0, and they won’t arrive until September or October. 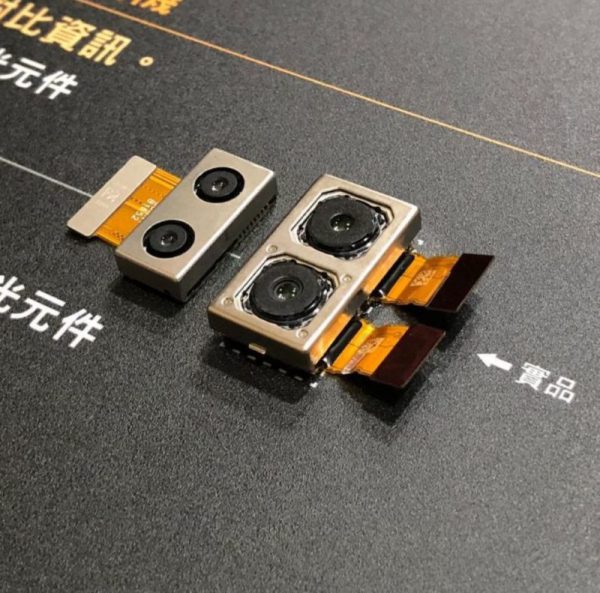