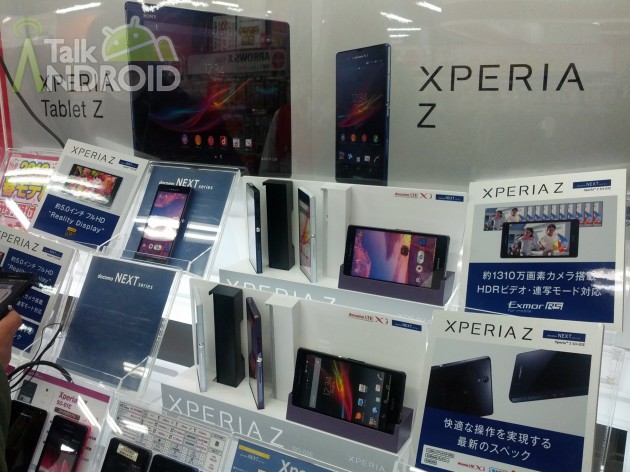 Sony is hoping for a hit with the Xperia Z and Xperia ZL. Both certainly seem like really nice phones from what I saw at CES. Probably the most unique feature is the waterproof and dustproof aspect, but will this be enough to put a dent into Samsung’s market share?

They certainly seem to be trying to get a jump start ahead of other flagship devices that will be announced at Mobile World Congress. According to Yodobashi Camera in Japan, the release date will be February 9, and they already have working demo units for you to try out. The picture above was taken in the Kichijoji store. They didn’t tell us pricing yet, but I am sure word will drop soon. Will this be Sony’s breakout year?

You can also check out our hands on from CES on both the Xperia Z and Xperia ZL.