We’re currently beavering away on our in-depth Sony Xperia XZ Premium review, but we wanted to taken an in-depth look at one of its key features: the super-slow motion camera.

This thing is next-generation for a smartphone: being able to shoot for a short time at 960 frames per second is 32 times slower than normal phone footage, and four times better than anything on the market right now.

When we tried out the slow-motion camera in our first tests, things looked amazing.

But that was hardly surprising, given Sony set it up so the camera would work in perfectly bright and colorful situations.

So we took the phone outside and tried a few ideas ourselves – here’s our deeper dive into what the Sony Xperia XZ Premium Super SloMo camera can actually accomplish.

How easy is it to use?

There are actually two ways you can work with the Super SloMo mode – the first starts recording at 30 frames per second, and every time you touch the slow-motion button you’ll get a 0.182 second boost up to 960 frames, meaning you get the impressive slowdown effect.

That very short boost is then stretched out to the same 30 frames per second rate as the rest of the video, thus making it look like everything just slows down.

However, you can also set it up so each movie is only filmed in this slow-motion mode as a small six-second clip, if you don’t want the surrounding footage. 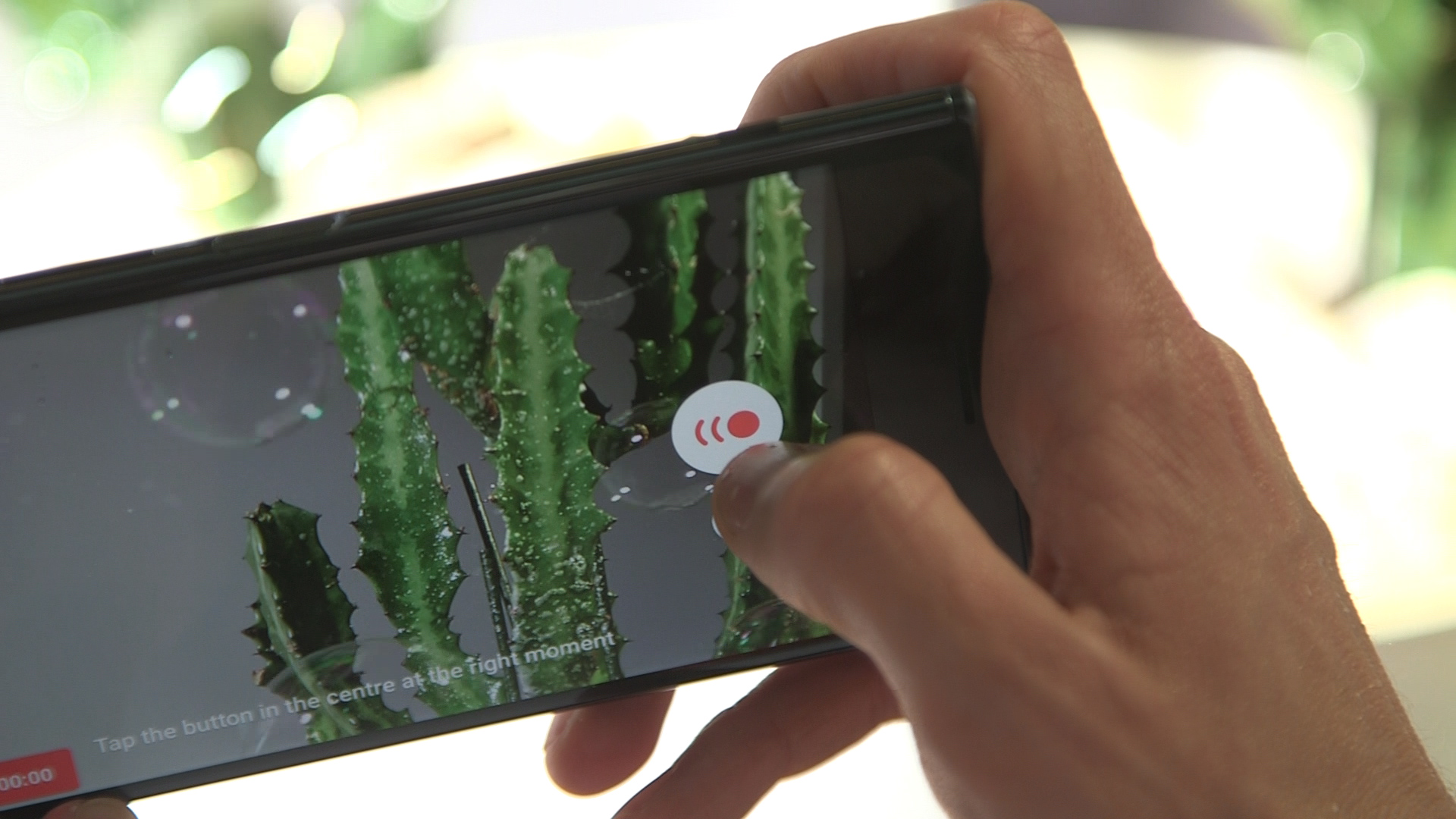 It’s not easy to find the modes though – we needed to play around for a while to realize that you can only alter the settings when ready to shoot in slow mo, rather than in the general menu.

It’s a common failing of Sony phones… obvious when you work it out, but hard to find before.

The thing is, while the Super SloMo stuff does look awesome, it’s not a primary reason to use the phone. You still have to fire up the camera, swipe to video and then activate the Super SloMo mode.

It’s, again, a common thing for Sony phones: they’ll give incredible results if you’re willing to put the effort in.

It’s not as intuitive as other phones on the market – we would have loved a dedicated slow motion button on the camera, but that’s pretty wishful thinking – until you work out the way to activate the mode, after which it starts to make a bit more sense.

Forget the set-up though: the footage is amazing. Just shooting and pressing the button instantly results in amazing videos, and when you get it just right it’s insanely good.

It really takes practice though. We tried again and again to get the timing just right, hitting the button on the camera at the right time to make sure the six seconds you capture is actually the right moment of the action – there’s no editing afterwards.

So if you do decide that this is something for you then you’ll need to learn when exactly to tap the slow motion button. This isn’t always possible (especially if you’re trying to capture a cat attacking a paper bag, for instance) and will result in disappointment.

It’s also worth remembering that the resulting movie will be captured in 720p, which looks a bit grainy on the high-end 4K screen Sony has created for the XZ Premium.

It’s also not great in low-light situations (some of the footage looked a little grainy and noisy as the camera struggled to balance the lighting levels) although contrasting brightness can really look impressive if using the right subject. 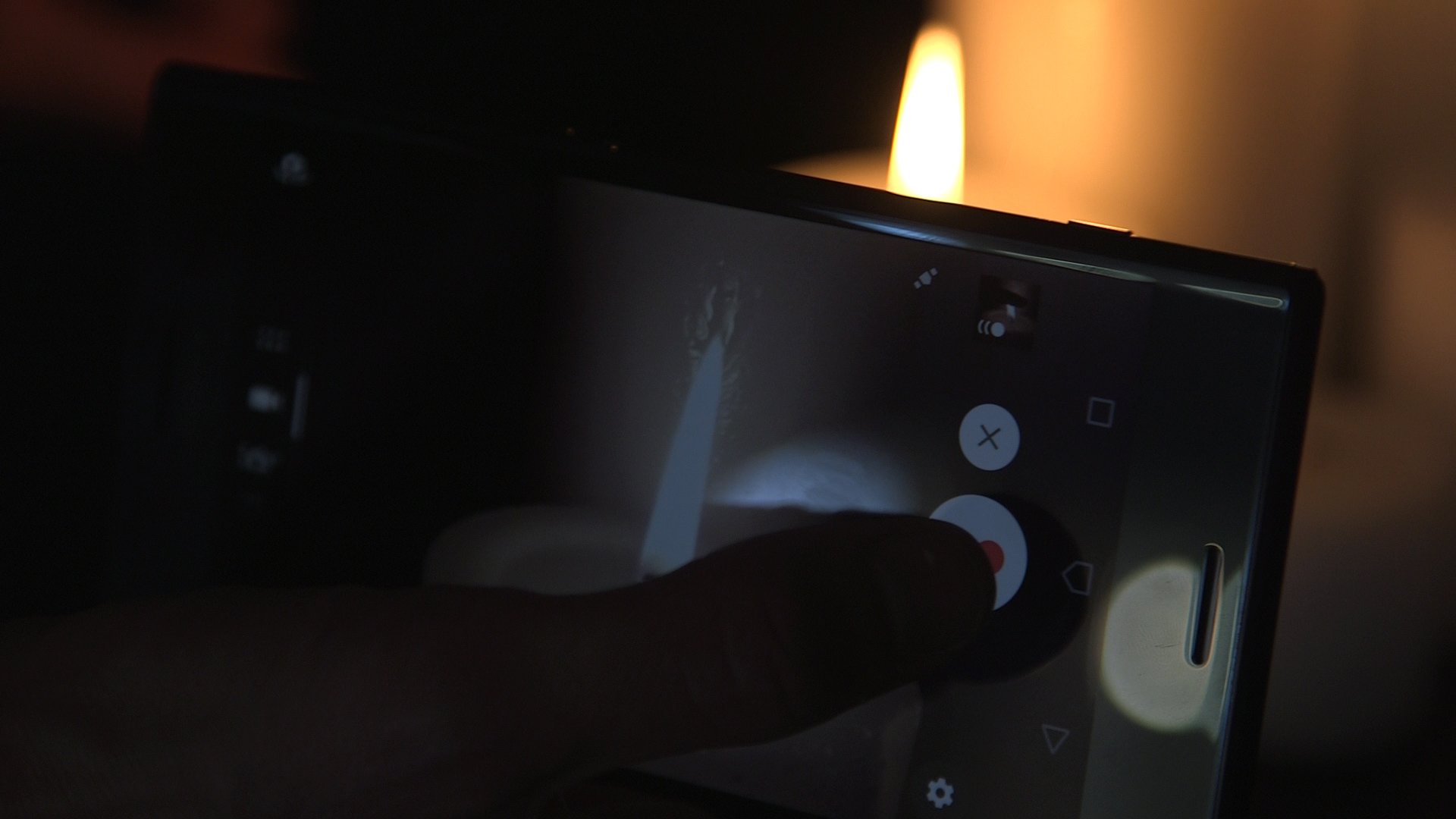 If you want the Super SloMo capability, then you’ve got two choices: The Sony Xperia XZ Premium and the Xperia XZs.

The latter has a slightly less-powerful chipset, so you might notice some slight degradation in the image quality, although in our tests it looked identical.

One of the things you want in a new phone is something that you can play with, show off to friends and feel like is really innovative… and there’s no doubt that Super SloMo is that, on top of an already impressive camera.

It also wipes the floor with any slow motion camera on offer from the iPhone 7 or Galaxy S8, and those are two of the most well-known slow motion phones – in short, Sony is light years ahead in terms of its quality

The Super SloMo system here is still a little convoluted to use – and it’s a little too easy to miss the moment at times. However, when you get it spot on, it’s a genuine ‘HOW CAN THIS BE DONE ON A PHONE?’ moment.

Is this the most important thing you can have on a device at the moment? Far from it – but at the same time, it's really impressive and offers genuine innovation in a time when such a thing is scarce, so if you think you'll use this slow motion feature often, this is a great, great phone for you.

However, do wait to read our full Sony Xperia XZ Premium review before deciding on such a thing – it's got all the power, but is that spec sheet enough to make it a good phone?