I’m a big fan of story in games. Though I understand good gameplay is key to creating a great game, it’s rare that I’ll place it over an engaging plot and a well-constructed narrative in my list of priorities for enjoyment.

The exception to this not-quite-a rule, however, is the Spider-Man games.

That’s why I’m finding myself much more interested in the news that combat and web slinging mechanics have been improved in the upcoming Spider-Man game for PS4, rather than the news that the game’s story will give me an insight into an older and more seasoned Peter Parker and be completely separate from the film.

Why? Well, there are plenty of places I can go to get a good, exciting and well-crafted Spider-Man story but really I can only go to a game to be Spider-Man.

Well, I mean I could also go to a lab where they perform genetic experiments on animals and hang around the spider department but the odds that I will get the results I want from that venture are web thin.

I go to a Spider-Man game because I want to explore the highs and lows of New York at high speeds with control and fluidity like a city-slicking Tarzan.

I get excited to play as Spider-Man because he takes down bad guys with a light-footed and sharp-minded finesse that doesn’t rely on having the biggest guns or the largest muscles. As diverse as games are becoming these days, that's still something of a rarity in combat.

Even in the Assassin's Creed games where I'm supposed to be some kind of knife-wielding shadow, more often than not I end up barreling into a room like a bull wearing a hood.

The Spider-Man game that stands out to me most for achieving the former (but admittedly utterly failing when it comes to the latter) is Spider-Man 2 from 2004. It's this game that I want Spider-Man for PlayStation 4 to spiritually succeed. 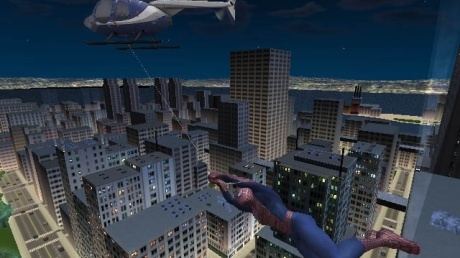 Spider-Man 2 was released on GameCube, PlayStation 2 and Xbox and it made the most of the increased processing power of these systems to open up Peter Parker’s New York for exploration in a way we hadn’t seen before.

Gone were the side-scrolling beat ‘em ups of the 90s and the 3D but conveniently cloudy streets of the original PlayStation game. Spider-Man 2 was swinging in after Grand Theft Auto III as a great example of where the open world genre was going.

Into the open world

Though I first played it on PlayStation 2, I recently played Spider-Man again on GameCube. The first time I played the game in 2004 I hadn’t been to New York and it was essentially the only way I ever saw myself being able to see the Statue of Liberty, never mind scale it.

I have since visited New York (I know, check me out) but playing again I was just as impressed. A little less awestruck, certainly, but still impressed by the realism, scale and level of detail that Treyarch achieved with the game.

Though the visuals are outstanding, it's the actual experience of playing the game that makes it so exhilarating. Web-slinging feels like an actual skill. It's incredibly satisfying to see a web you fire connect with a building and support your weight and it's fun to leap from tall buildings and free fall before saving yourself at the last minute. 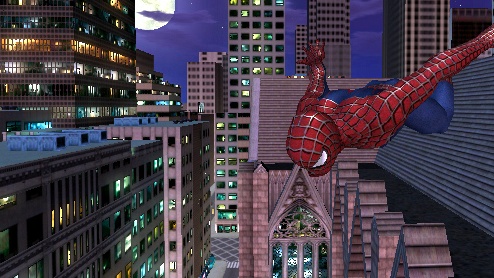 This physics-based web-slinging wouldn't be nearly as impactful without the fact that Spider-Man's character design makes him feel like an athletic, organic human capable of performing these feats of fluidity, rather than a rock on a string more likely to break a skyscraper’s window than use it as a surface to ricochet.

Together, these factors make for a game where the simple act of moving is fun and different from what most games are able to offer and that's what I want Spider-Man for PS4 to achieve.

Thanks to an RPG-style upgrade system, combat was an evolving and creative experience in Spider-Man 2. With the PlayStation 4 version featuring a more experienced Spider-Man and full-interactive environments I'm anticipating being even more impressed by Insomniac's offering.

No matter how fun a game feels to play, doing the same things over and over to get somewhere new is extremely grating and you couldn’t help but feel incredulous that the people of the wild city of New York found themselves facing the same six crises over and over again.

This is where I don't mind the PlayStation 4 version of the game diverging from the formula of Spider-Man 2. The game will apparently be open and fully explorable from the start which should really add to the sense of being a powerful superhero in the city they call home.

That said, I absolutely would not object to the pizza delivery missions making a reappearance.

Spider-Man 2 remains one of the best examples we have of a game capitalizing on a film release without attempting to be overly cinematic itself and re-visiting it has genuinely ramped up my excitement for the PlayStation 4 version of the game. I'm withholding judgement on the new game until I play it obviously, but as long as it trusts the player to know how to have fun on their own terms the way Spider-Man 2 did I can see it being a success.

I'm admittedly mildly concerned that there'll be an over-reliance on creating 'cool' cinematic sequences that wrest control from the player and limit them to reaction-based button pushing.

Too many moments like this have the potential to dramatically undermine the sense of freedom to be Spider-Man in your own way that the game's open world and fully interactive environments clearly aim to create but I'll just have to wait and see. 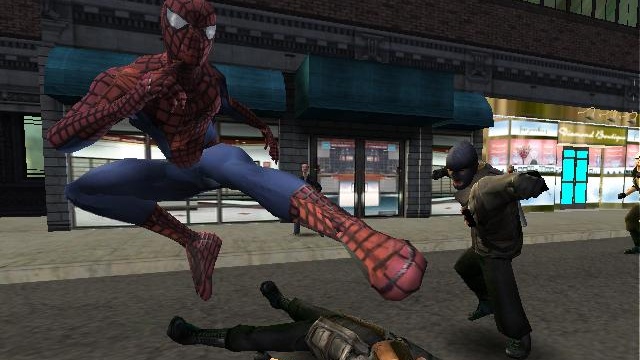 Even though it was far from perfect as a whole game, I could see past most of Spider-Man 2's flaws because it got the core web-slinging experience so right – I kept going back because it was an exhilarating gameplay experience I couldn't get anywhere else.

If Insomniac manages to get a similarly addictive web-slinging mechanic nailed down and create the greater sense of freedom that I craved in Spider-Man 2 it could very well be the game that takes me away from my real life once and for all.

If Spider-Man 2 is what we were capable of doing with Spider-Man two generations of consoles and 13 years ago just think about what this new game could achieve.