2K pulled through in the end 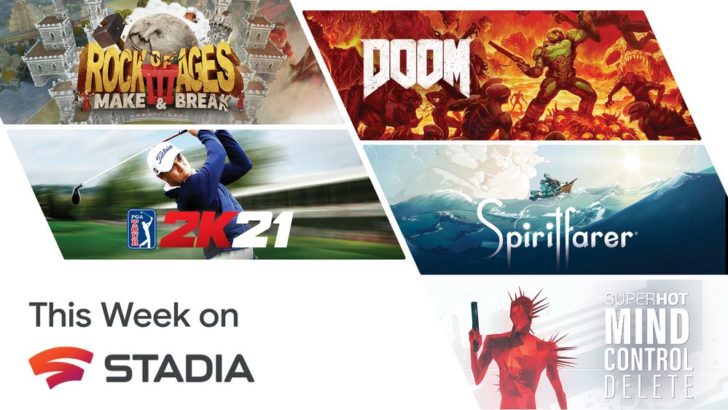 Back in March, DOOM 2016 was one of AP's most-wanted games for Stadia, and surprise surprise, Google has released the shooter on Stadia as of this morning (8/18/20) along with Superhot: Mind Control Delete, the sequel to Superhot. You can snag DOOM 2016 for $19.99, which is the same price as the Steam version, and Superhot: Mind Control Delete is currently available at a discount at $17.49 (or $14.99 if you're a Pro subscriber).

If you're unfamiliar with DOOM 2016, it basically serves as a soft reboot of the '90s-based franchise that's geared for modern times, but it still offers all of the enjoyable shooting action you would expect as you tear through crowds of demons. Unlike DOOM Eternal (this title's sequel), there's less platforming in DOOM 2016, so if you weren't happy with all of the changes to the core gameplay loop in DOOM Eternal, DOOM 2016 offers something that more resembles the original run-and-gun titles from the '90s.

So there you have it, DOOM 2016 is finally available on Stadia, and it will only run you $19.99 to pick it up. Of course, the arrival of Superhot: Mind Control Delete is a welcome surprise, especially since the title is currently on sale for $17.49 with a further discount available for Pro members. We can also expect PGA Tour 2K21 to arrive on the Stadia store on August 21 for $59.99, and Spiritfarer will land at an unspecified time this week.

Oh, and if you're eager to see how the development for Baldur's Gate 3 is shaping up, Larian Studios is offering a special livestream on its YouTube channel at 10 a.m. PT, which you can view here.

Spiritfarer lands on Stadia, and PGA Tour 2K21 has been pulled from the store

Embark on a unique, endlessly varied adventure in Spiritfarer. Build a boat, befriend spirits, and guide them across mystical seas to release them into the afterlife. What will you leave behind?

Even though the Stadia team didn't bother to tell anyone when the management game Spiritfarer would actually arrive on Stadia this week (despite an announcement three days ago), the game landed on the Stadia store today alongside PGA Tour 2K21. You can pick up Spiritfarer for $29.99, but sadly it would appear that the Stadia team has already pulled PGA Tour 2K21 from the Stadia store since the game wouldn't actually boot for anyone. As it stands, this booting issue is being investigated, though there's no telling when the game will return. As you would imagine, this has angered PGA Tour fans, especially after 2K announced the wrong launch time for the Stadia version. While this misinformation was corrected a day later, clearly there's a lack of communication between 2K and the Stadia Team, which may point to why no one apparently tested PGA Tour 2K21 before releasing it in an utterly broken state.

Luckily at least one of the games released on Stadia today actually works, so if you'd like to pick up Spiritfarer on Stadia, you can find it right here.

PGA Tour 2K21 is back on the Stadia store, after being removed at launch

#PGATOUR2K21 on Google Stadia is live once again. Thank you for your patience!

It took most of the day, but 2K finally got PGA Tour 2K21 back onto the Stadia Store last night, which means everyone is free to pick it up. The standard version will run interested parties $59.99, and if you're the type that likes to splurge, the Digital Deluxe version is available for $69.99, which will net you a gold-plated driver and gold-plated putter as well as a few outfits from Adidas.