Spotify for iPhone gets visual redesign 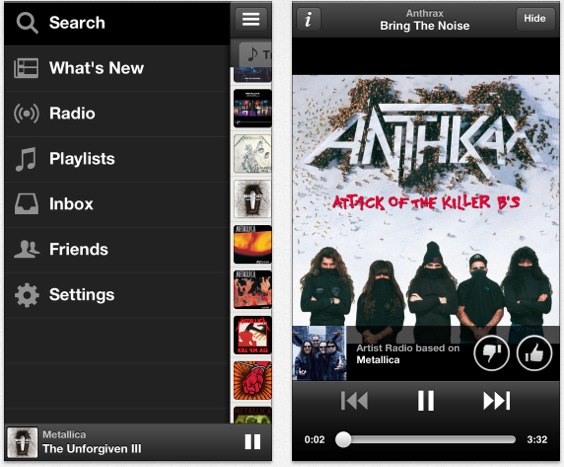 Spotify for iOS has just received a massive overhaul, bringing the UI in line with the look that Android's been sporting for a while. iOS users now get access to features like the swiping method for accessing different areas of the Spotify app (similar to what you can do in the Facebook iOS app.) The "Now Playing" area shows you the artist and track name no matter where you are navigating in the app, right above the play controls. You can swipe here to go to the next or previous track with ease. You also get bug fixes and overall improvements to stability, as well as the Ford SYNC AppLink Spotify feature that we mentioned yesterday. You can grab the update now from the App Store, and peep the full changelog after the break.

Spotify for iPhone gets visual redesign originally appeared on AppTapper on Wed, February 27, 2013 - 9:25:18