Fed up of waking up to the same incessant beeping? Ever wish you could start your day with your favorite song? Now you can, as Spotify now comes integrated into the Google Clock app on Android.

The feature’s available with both free and premium Spotify subscriptions, but sadly only works on Android devices.

All you need to do is authenticate your Spotify account into the Clock app, which most likely came pre-installed on your device, but is also available on the Google Play store. You may need to update the app in order to see this feature.

Then, head to the Alarms tab. You’ll be able to select the track, album, or playlist you want to wake up to in the morning. 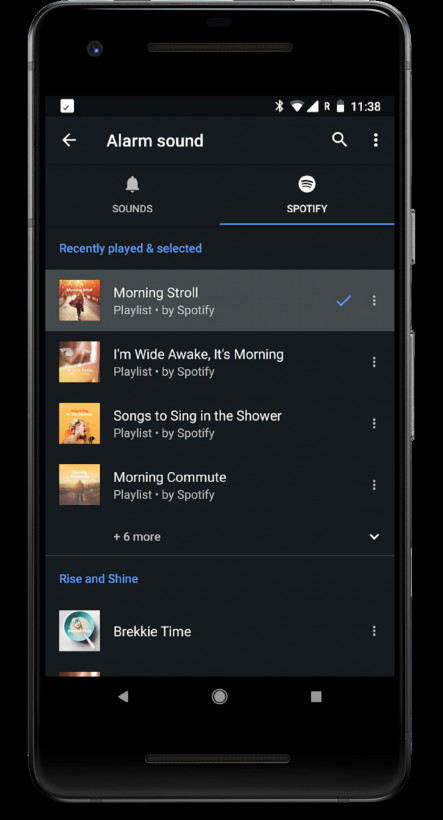 The same feature is available to free users, but only in a feature-limited shuffle mode.

When you wake up, users can press the “continue playing” button, which keeps the music rolling as you take your morning deuce and make breakfast. Hopefully not at the same time.

There’s a solution to that: just pick something awful guarantees you’ll jerk upright to quickly turn your phone off. I’m talking about Shakin’ Stevens, or, god forbid, Daphne and Celeste.

Or like, if you’re a real glutton for punishment, maybe the fossilized British crooner Cliff Richard. As the saying goes, start as you mean to go on.