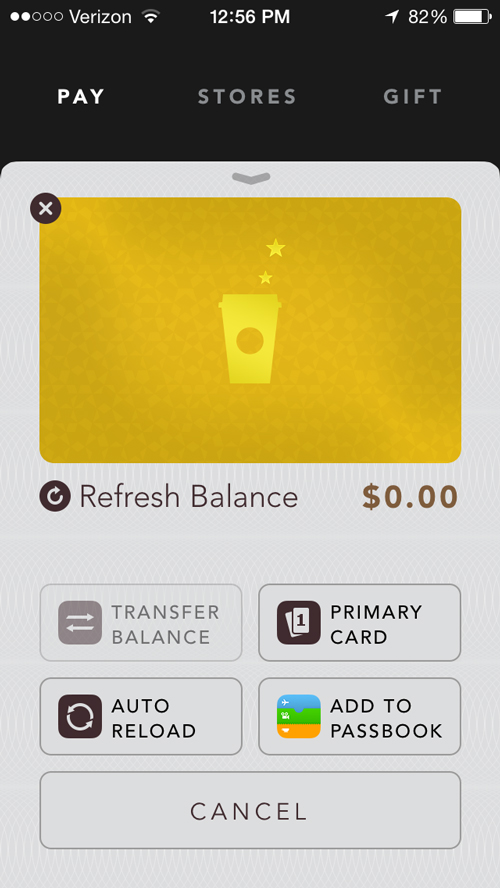 While the official Starbucks app received a major update back in March, some caffeine addicts (myself included) were less than pleased with the revamped Pay section.

But with a recent update, that important section has been vastly improved.

The reload process is now also even faster. And the nice Shake-To-Pay option now even shows the card number.

The update also solves a problem with access during limited network connectivity and an issue with user names and passwords containing spaces.

Designed for the iPhone/iPod touch, Starbucks can be downloaded in the App Store for free.

Along with an iOS 7 friendly design, version 3.0 added a number of nice new features. Users can view their entire account history and even digitally tip their barista up to two hours after a transaction.

For other recent app news and reviews, see: Injustice: Gods Among Us Gets A Huge Update Adding Online Battles, Characters And More, The Weather Channel Unveils A Brand New iOS 7 Redesign, and Play As Agent 47 And Hone Your Assassination Skills In The Strategic Hitman GO.

Starbucks Makes It Easier For iPhone App Users To Manage Their Gift Cards is a story by AppAdvice.com
AppAdvice - iPhone, iPad, iPod, App Reviews + News
Get the latest tips & apps for your Smartphone