Nowadays, I feel like Tower Defense is becoming an incredibly difficult genre for new titles. On one hand, you have the nagging desire to innovate and provide a new experience for fans. On the other hand, Tower Defense as a genre can be pretty rigid, with each modification to traditional gameplay concepts creating the possibility of backlash. DreamGate Studios and Chillingo's Steampunk Tower [$0.99] does a decent job toeing that line, offering a twist on tower defense in terms of thematics and gameplay while keeping the game rather familiar (for better or worse). It all leads to a highly enjoyable experience worth checking out.

Unlike traditional TD games that have you placing multiple towers along paths to prevent enemies from reaching the end, Steampunk Tower makes the actual tower the object of enemy desire. Taking a page from castle defense, enemies charge in from all sides towards the singular tower in the middle of the screen. Your goal? To place weapons (which act as the 'towers') on both sides of the tower to deal with the impending waves of baddies. 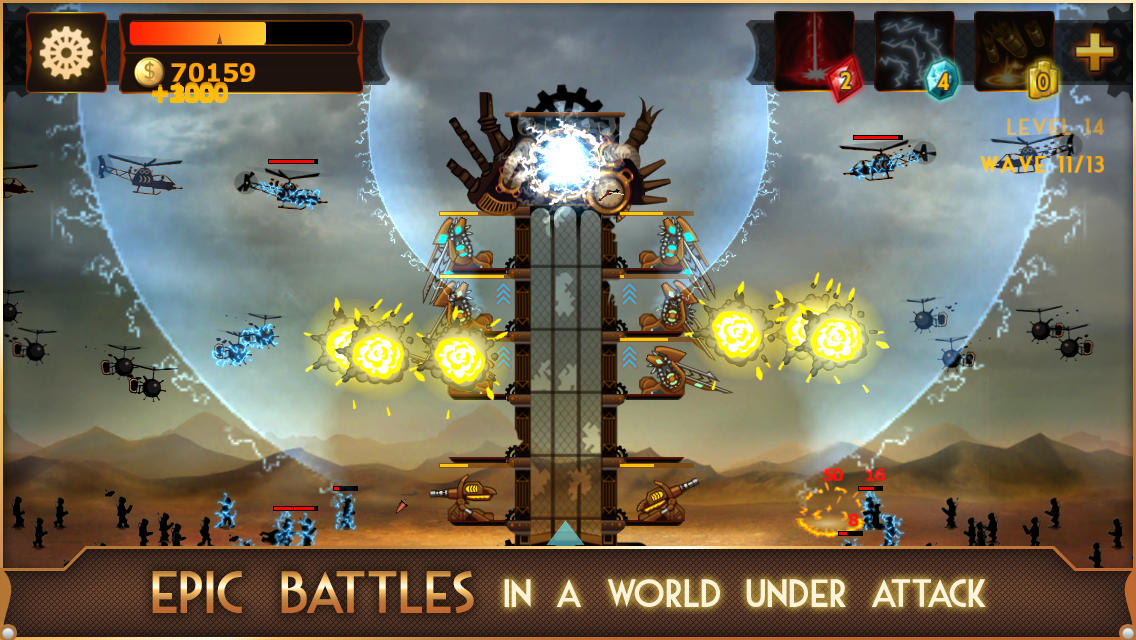 Adding to the basic strategy is the ability to move weapons around within the tower, which allows players to customize their defense on each side of the tower based on the current enemies of the wave. In addition, towers can also be moved to the middle of the tower, which allows them to reload faster (yes, ammo is finite). The changes above may be small, but I love the increased interactivity compared to other tower defense titles.

Another area that Steampunk Tower excels in is its presentation. Visuals and music do a great job adhering to the Steampunk motiff without getting in the way of the actual gameplay. In addition, Steampunk also takes care of all the standards, such as a smooth difficulty curve (along with a well done tutorial), plenty of cannon upgrade options and a healthy dose of optional 'Challenge' content and achievements. There's a good deal of replayability simply from playing old missions, earning more currency, and upgrading your weapons.

While Steampunk Tower does feature some IAP, it's limited to purchasing more of the upgrade currency (which is generously given after passing missions) and purchasing 'elementium' which allows use of super moves that cause mass damage to enemies on screen. While indulging in IAP will let you upgrade towers faster or let you use more of the game's 'panic buttons,' I never found it necessary as elementium is awarded during play and players always have the option to repeat levels to earn more currency. 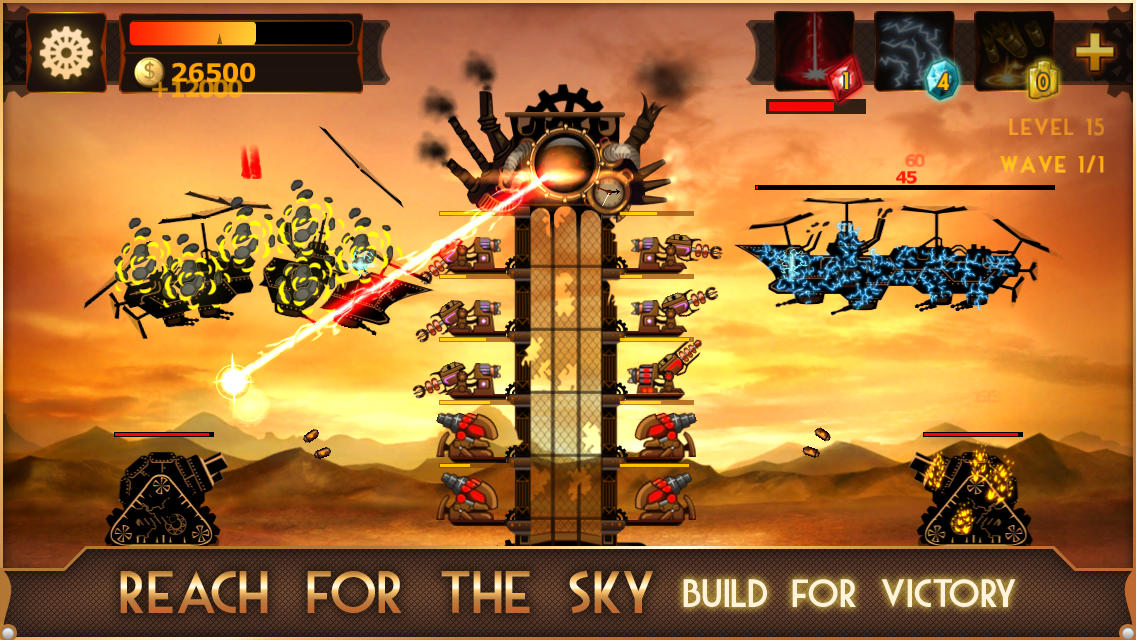 There's a lot I love about Steampunk Tower, but it doesn't really escape the fact that this sort of gameplay has all been done before. While the game's theme and single tower aspect are interesting, the core gameplay is similar to most other defense titles. In addition other aspects, such as the tower types and upgrade paths, are pretty basic and have been seen in countless other TD titles. There's nothing wrong with that, of course, but folks looking for a radically innovative take on the genre will have to look elsewhere.

Steampunk Tower may not rock the proverbial boat when it comes to Tower Defense, but it's still a pretty fun game. The attention to detail in its visuals and presentation, combined with a pretty smooth gameplay experience and a neat theme definitely make it a TD title worth exploring. Suffice to say, Tower Defense fans have a new title to enjoy.