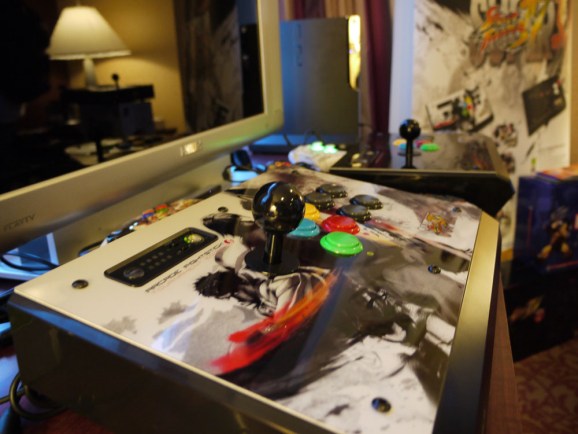 Confusion in the fighting-game community leading up to tomorrow’s Street Fighter V beta test ends in disappointment for those hoping to use their PlayStation 3 fighting sticks.

A Capcom spokesperson confirmed to GamesBeat this evening that PlayStation 3 fighting sticks will not work with the beta test for its upcoming blockbuster. The beta for the Japanese publisher’s signature fighting game begins at 6 p.m. Pacific tomorrow night, July 23.

This isn’t a guarantee that the final release of Street Fighter V won’t mirror the PlayStation 4 release of Ultra Street Fighter IV and support PS3 sticks. Capcom has assured us that it’s looking into possible compatibility for the final game, but as for the beta, it isn’t happening.

Looks like those of us who are stubbornly refusing to pay for new sticks this generation are stuck twiddling our thumbs … on a PlayStation 4 controller.