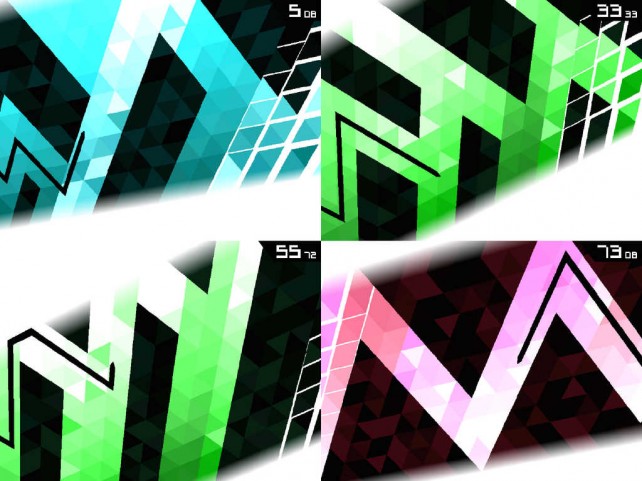 Wave Wave has just been updated to version 2.0.

Released by indie developer Tom Janson last March, Wave Wave is a twitch reflex game that has drawn comparisons with Terry Cavanaghs Super Hexagon and Whitaker Trebellas Pivvot. In the game, you have to control a line as it waves up and down to avoid hitting different triangular shapes.

Wave Wave 2.0 is said to be a complete rebuilding of the game, with new visuals and enhanced gameplay. If you like the current version, Janson says to current Wave Wave players, after updating the app check out Legacy mode to enjoy a familiar experience.

Compatible with iPhone, iPod touch, and iPad, Wave Wave 2.0 is available now on the App Store as a free update or as a new $2.99 download.

Wave Wave is one of the selections at the indie showcase segment of this years PAX Australia, which is scheduled to be held in Melbourne from Oct. 31 to Nov. 2. At the expo, Janson is set to give away special badges to Wave Wave players and PAX Edition copies of the Wave Wave soundtrack to players who can beat the challenge of reaching 60 seconds in the rather difficult Rotator mode.

See also: Rovio updates Angry Birds Friends with new Halloween tournament and global league, GravityLine gets updated for the iPhone 6, iOS 8 and goes free for a limited time, and Grand Theft Auto: San Andreas gets optimized for Apple’s iPhone 6 and iPhone 6 Plus.