A set of schematics allegedly showing Samsung’s upcoming Galaxy Note 8 flagship emerged online earlier today, hinting at a somewhat familiar product design. The overall look of the device depicted in the image above this writing seems to strongly resemble the Galaxy S8 line that Samsung launched earlier this year.

According to the newly uncovered schematics, the seemingly biggest difference between the upcoming phablet and the Galaxy S8 series is a slightly more rectangular design of the former. Taking a look at the front of the device, it appears that the 18:9 Infinity display will be carried over to the new model, though the panel is expected to be slightly bigger than the one featured on the Galaxy S8 Plus. The rear side of the handset contains the biggest change compared to the company’s previously released flagship lineup, hinting at a dual camera setup accompanied by a heart rate monitor and a dual-LED (dual tone) flash. In a disappointing move for many, it appears that Samsung is set to stick with the rear fingerprint scanner placement. Other details that are noticeable in the schematics are the presence of a 3.5mm headphone jack on the bottom of the device, along with a USB Type-C port and a single stereo speaker. Lastly, the right side of the supposed Galaxy Note 8 appears to feature a power button, while the left one sports a volume rocker and a dedicated Bixby button, another similar design element carried over from the Galaxy S8 series.

The schematics clearly fall in line with previous rumors surrounding the design of the Galaxy Note 8. Nonetheless, with Galaxy S8 sales reportedly dropping off earlier than expected, it appears that the Galaxy Note 8 could be set to launch earlier than originally planned in order to keep customers interested in the brand. Either way, though, the upcoming device is set to face even tougher competition than usual this year, with the special anniversary iPhone set to launch in September, as well as LG’s upcoming V30 flagship. More details on the Galaxy Note 8 and Samsung’s other consumer electronics-related endeavors will likely follow in the coming weeks 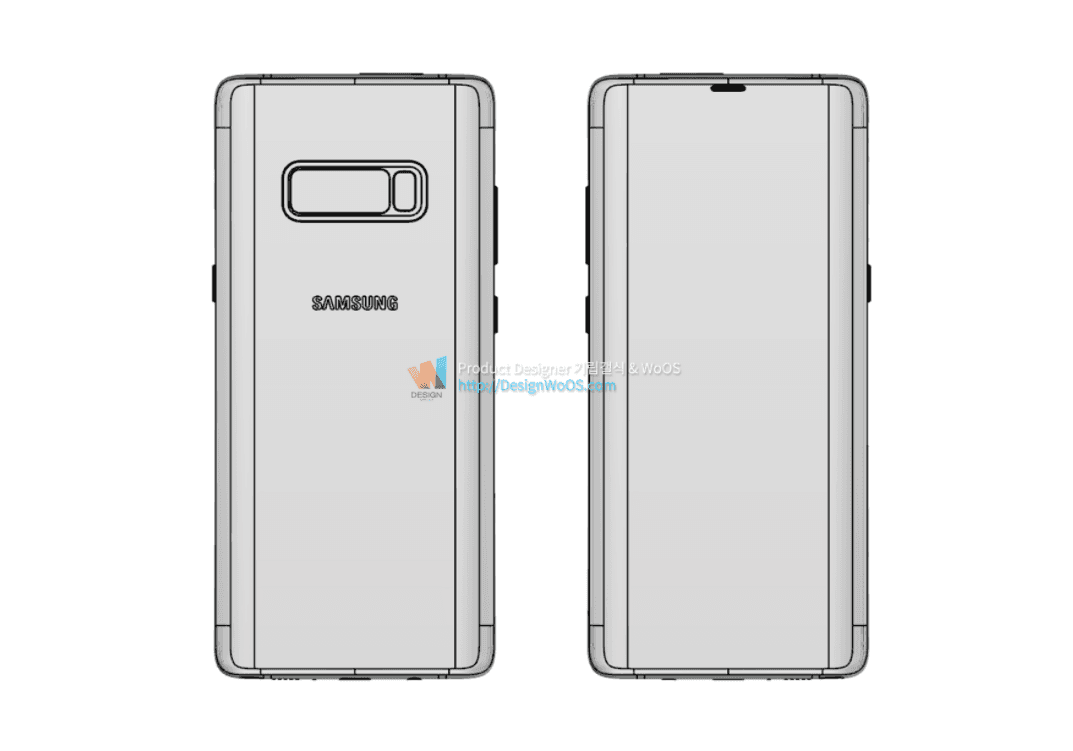