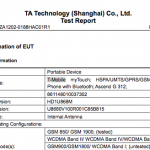 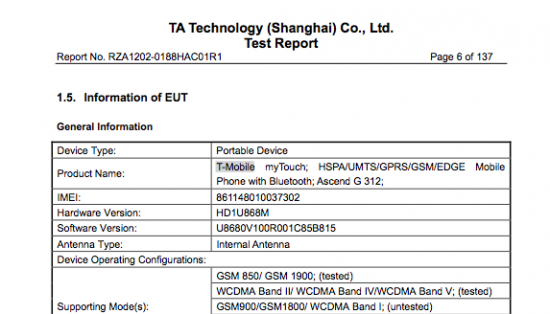 It looks like the rumors were true, folks – Huawei becoming the third manufacturer of T-Mobile’s myTouch line of phones in a year (after HTC and LG)  has pretty much been confirmed in these FCC documents found earlier today. The FCC has approved the Huawei U8680, which has in several places been referred to as the T-Mobile myTouch.

Unfortunately, the documents don’t mention anything more than the radio bands.