T-Mobile Says Google Pixel 3 Performs Better On Its Network, Than On Verizon’s

In short: T-Mobile has sent out its annual press release touting that the Google Pixel 3 is not really “exclusive” to Verizon. Its biggest competitor, Verizon, is just the only carrier that will be selling it. But that doesn’t mean that you can’t buy an unlocked Google Pixel 3 or Pixel 3 XL from Google or even Best Buy, and then bring it over to T-Mobile. And by doing that, your monthly bill will be lower because you aren’t paying monthly for the phone, only the service.

Background: T-Mobile does usually troll Verizon with the Pixel launches these days, and in the past have offered a $300 credit for those that buy a Pixel from Verizon and bring it over to T-Mobile. So far, T-Mobile hasn’t announced a promotion like that, but it will likely be coming soon. It’s a way for T-Mobile to get in the news, even though Verizon is actually the one with the exclusive.

Impact: The Pixel 3 and Pixel 3 XL will be announced tomorrow during Google’s hardware event. Many are expecting it to be another Verizon exclusive, as it has been the past two years. There have been rumors of the device coming to other carriers, but with T-Mobile putting out this press release, it definitely does not sound like it will be coming to T-Mobile. But you can still buy it unlocked from Google and pop your T-Mobile SIM card in. The only downside there is that you can’t upgrade to it on JUMP!. 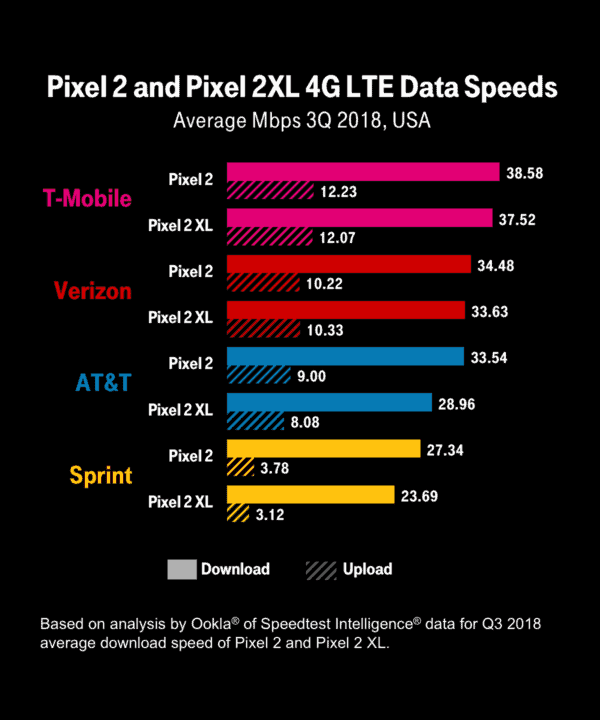 The post T-Mobile Says Google Pixel 3 Performs Better On Its Network, Than On Verizon’s appeared first on AndroidHeadlines.com |.