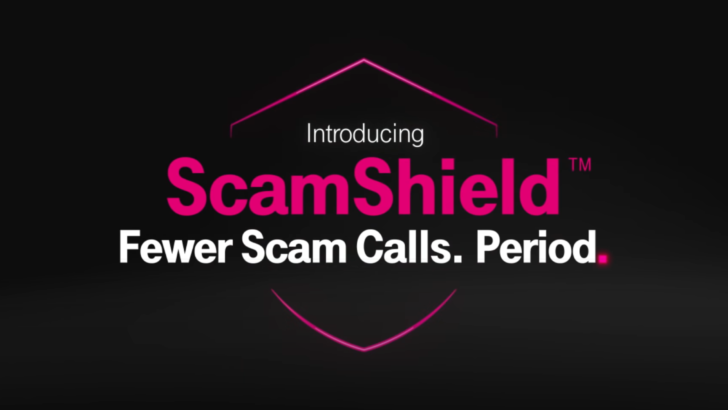 T-Mobile is bundling a number of a scam protection measures — some of them have been active for years while a couple are new — and is distributing them to every customer under its own and the Sprint banners in an Un-carrier move called Scam Shield. The news belies a key integration for the company that's coming in a couple of weeks.

Basic caller ID and blocking features targeted to suspected fraudulent source are coming to Sprint after they've been at Metro and T-Mobile since 2017. Everyone will also get enhanced caller ID that will detail the exact person or organization ringing in.

The company is also making number changes free, is giving out what it calls T-Mobile PROXY numbers, a rebrand and expansion of its DIGITS service — every account can now get a second number (shared between all lines) to use for free, only paying monthly for extra numbers after that — and, until August 31, is offering 12 months of McAfee ID monitoring at no charge.

Customers can redeem the McAfee promo at the following links:

All of these services will appear in a new Scam Shield app for Metro and T-Mobile customers and in an update to Call Screener for Sprint subscribers. These apps will roll out on July 24. Again, a lot of these items aren't necessarily new, maybe just improved, but the big deal here is that they'll be applied to Sprint.

The company also took the opportunity to do a little marketing whack-a-mole, proclaiming itself as the leader in implementing STIR/SHAKEN call authentication with other carriers and touting Scam Shield as a free, comprehensive alternative to piecemeal options with premium-tier features from AT&T and Verizon. Regulators have urged carriers to offer automatic call blocking by default and the two aforementioned competitors do offer free robocall-blocking apps.

T-Mobile also announced that it will officially launch a rebrand for Sprint retail stores on August 2. This means new décor, new device stock fit for T-Mobile's network, and new front- and backend protocols.