T-Mobile started updating all LG G6 units on its network to a custom implementation of Android 8.0 Oreo, with the new over-the-air software debuting earlier this week. The development comes some 16 months after the Bellevue, Washington-based wireless carrier first began retailing the LG G6 which was introduced with Android 7.0 Nougat and hasn’t received a major operating system upgrade until now. The new firmware devised for the 2017 handset is identified by the build number H87220a and also includes a number of bug fixes, as well as a variety of performance improvements, according to its official changelog.

The software package weighs some 1.7GB, with T-Mobile being the last major wireless carrier in the United States to bring the LG G6 to Android 8.0 Oreo. T-Mobile started rolling out the update on Friday and followed its traditional OTA rollout practices in doing so; the mobile service provider is only making a limited number of downloads available on a daily basis so as to avoid network congestion; manually searching for the update through the system Settings app on your LG G6 may allow you to move up the waiting queue, though all owners of the LG G6 on T-Mobile’s network should have the new software up and running in a matter of days.

The South Korean original equipment manufacturer recently resolved to rebrand its first 2017 flagship in select markets, renaming it into the LG G6 ThinQ, with the expanded moniker being reflective of its new mobile strategy focused on artificial intelligence. The firm also doubled down on its high-end smartphone focus since introducing the LG G6; since then, it released the V30, V30S ThinQ, G7 ThinQ, and the V35S ThinQ, with the V40 ThinQ being expected to debut in late summer or early fall as well. LG’s overall operations are presently enjoying historically successful performance but its mobile unit is still bleeding money, having lost more than $126 million over the last calendar quarter alone. 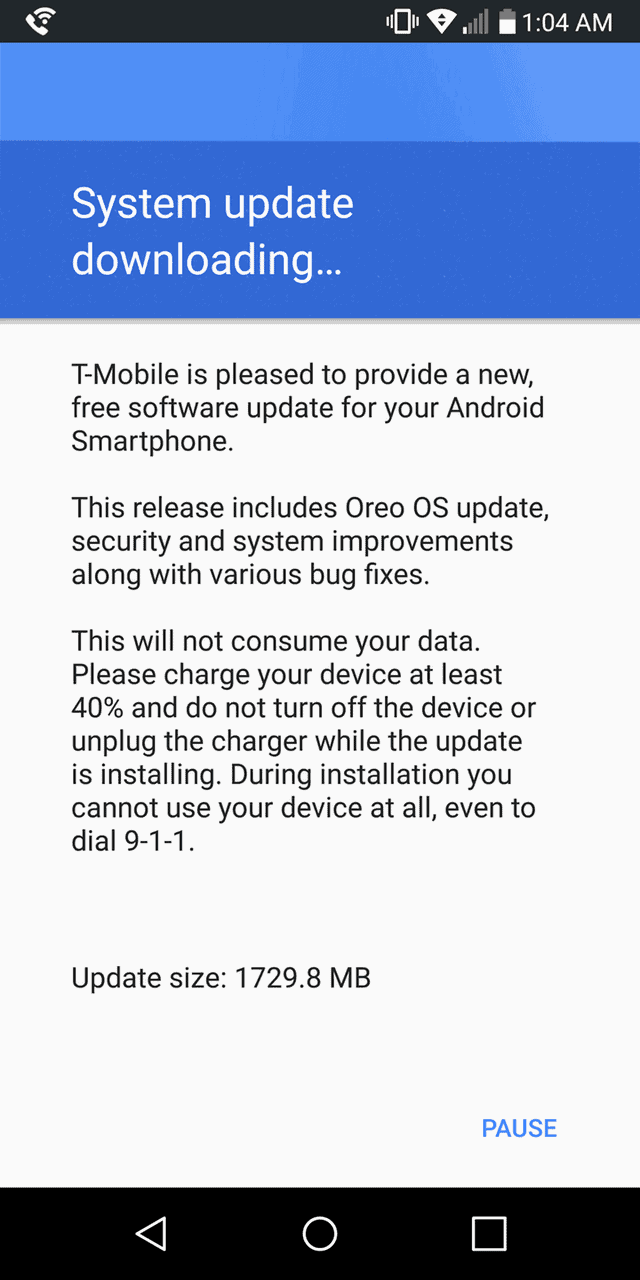