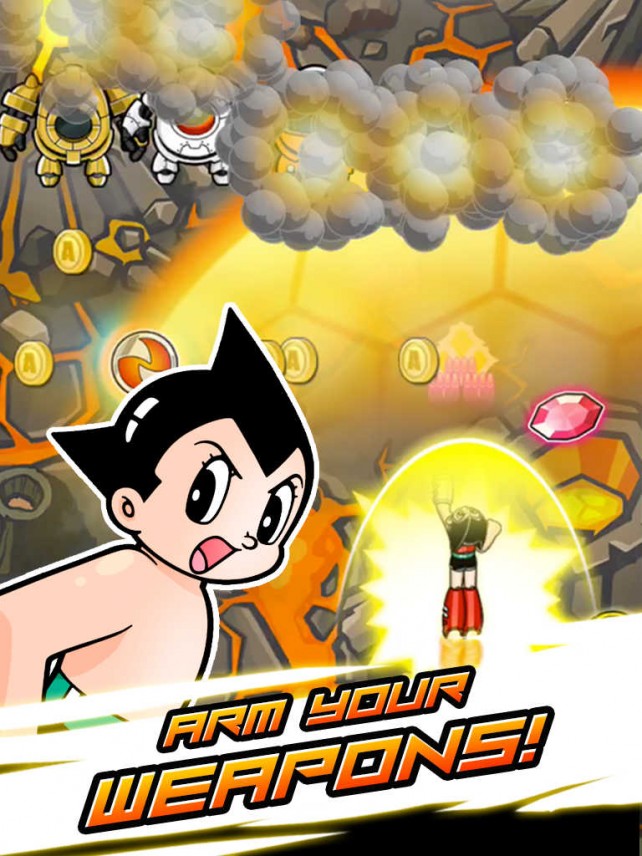 Rogue robots have gone on a rampage. Fortunately, Astro Boy has come to save the day.

Thats right. The worlds greatest, strongest, and cutest boy robot himself has come to the rescue of the citizens whose lives have been endangered by the evil robots. At least he has in the new iOS game Astro Boy Flight.

Astro Boy Flight is a vertical-scrolling endless shooter and flyer that lets you control the title character as he dodges enemies and uses his cannons to blast robot waves and Death Bots.

To help you help Astro, you can activate power-ups, enlist the aid of Assist Bots, and call to arms the likes of Atlas Boy, The Blue Knight, Professor Ochanomizu, and Dr. Tenma.

Astro Boy Flight also includes social features that let you compete against your friends and other players around the world.

Take a look at the launch trailer for Astro Boy Flight:

Astro Boy Flight is available now on the App Store as an energy-based free-to-play game for iPhone, iPod touch, and iPad.