Tales of Crestoria is the latest gacha RPG to land on Android, and it's a buggy mess

Surprise, Bandai Namco is still cashing in on popular franchises 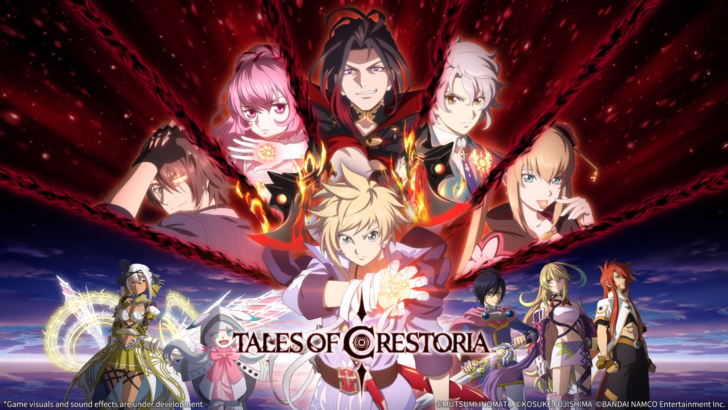 Yesterday (July 15th), many of those who pre-registered for the release of Tales of Crestoria received a notification the gacha RPG was available on Android. Of course, Bandai Namco decided that Google's pre-reg system exists to be abused, so the game wasn't actually available, but was instead released while the servers were still in maintenance. This resulted in the Play Store listing being flooded with 5-star reviews before the game was playable since the "release" was tentatively called a pre-load by eager fans sticking it to anyone that left a 1-star review after receiving a release announcement for an unreleased game.

The thing is, I was met with a 1.6GB download this morning after the game's servers finally went live, so the day early pre-load myth was exactly that. Sadly this incompetent launch is accompanied by a game filled with blurry graphics, aggressive monetization, too many loading screens, constant pop-ups, an incredibly cluttered home screen, not to mention, bugs galore.

Like many of Bandai Namco's mobile games, the studio couldn't be bothered to create an English language trailer, and so the extremely brief Japanese trailer above is what's listed on the US Play Store. This trailer offers very little insight into what players can expect from the game, and I'm guessing that's by design. More or less, Tales of Crestoria is an uninspired gacha RPG where you'll collect familiar Tales characters to take on stage-based battles. As you would expect, you can auto your way through these battles, and if you'd like to auto through them quickly instead of grinding like a pleb, the in-game shop is there to sell you all of the solutions you need. How convenient.

Of course, another lackluster gacha RPG to be released on the Play Store is hardly news, but thanks to the high-profile Tales name attached to this title, many fans have been waiting for today's launch. Sadly the game is a buggy mess. The first issue I noticed is that the forced tutorial takes way too long. This is done to push every player through the mechanisms that earn Bandai its money, which is why opening a loot crate will be the very first thing you do in the game. Sadly things don't get much better from there. I've noticed that if you turn off your screen while playing the game, the title's music stops, but it starts back up on its own a few minutes later, which means the game is running the entire time your screen is off. I've also run into more than a few graphical glitches where the camera gets stuck in a level's foliage. Clearly, Tales of Crestoria is not ready for prime time, but rest assured, the game's in-app purchases are all working wonderfully, and they just so happen to range up to $79.99 per item.

Now, there's no denying that Tales of Crestoria at least offers a bit of polish, thanks to the title's detailed 3D graphics, illustrated cutscenes, and quality music. Sadly once you jump into a fight, things start to get blurry. Even on an OnePlus 8, the game looks like there's vaseline on the screen when you're in a battle, and so I'm guessing that those detailed 3D graphics are simply too demanding, which is why the resolution is clearly scaled-down, even on a high-end 1080p device.

Suffice it to say, Bandai flubbed the release of Tales of Crestoria. The game is a buggy mess, and it brings nothing new to the table as far as gacha RPGs are concerned. The game isn't even optimized for high-end hardware, despite the use of high-end 3D graphics, which is why the resolution during fights is garbage. Maybe things will get better with time, but with how cash-grabs like this are often handled, I wouldn't expect many bug-fixes or improvements anytime soon. Still, if you'd like to take a look for yourself to make up your own mind, you can grab Tales of Crestoria from the Play Store widget below.