Tango powered Asus ZenFone AR is coming to the United States, via Verizon

At yesterday’s main Google I/O 2017 keynote, Google talked about some of its plans for VR and AR, including word of “Visual position service” technology and more. It’s true that Google Tango technology could allow for a bright AR-powered future, but first it needs to get into the hands of more consumers. Thankfully, at least one major US carrier is helping lead that charge — Verizon.

During its VR keynote today, Tango project lead Johnny Lee revealed the ASUS ZenFone AR will arrive to Verizon sometime this summer. For those who don’t know much about the ZenFone AR — this phone is a beast! The ZenFone AR will be powered by a Qualcomm Snapdragon 821 processor with a massive 8GB RAM. It also has a 5.7-inch QHD display, a 23MP camera, a vapor cooling system, and support for both the Google Daydream and Tango platforms. 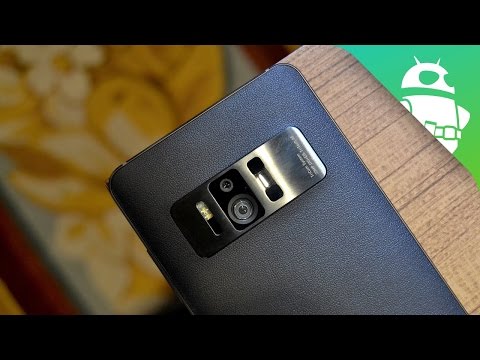 We don’t know exactly when the phone will hit Verizon, nor how much it will cost. Considering its flagship-esque specs and the fact it has some pretty high-tech AR cameras and sensors onboard, we’d imagine this phone won’t come cheap. It’s certainly possibly it will arrive at a similar price point to the LG G6 or the Galaxy S8 family.

For those not on Verizon, we’d say the odds of an unlocked version being sold around the same time is high. What do you think, excited to pick this one up or waiting for more ‘mainstream’ brands like Samsung, LG, and HTC to get involved in the Tango game?