Tetris gets three new modes, including a daily tournament with cash prizes

Who needs HQ Trivia when you've got Tetris 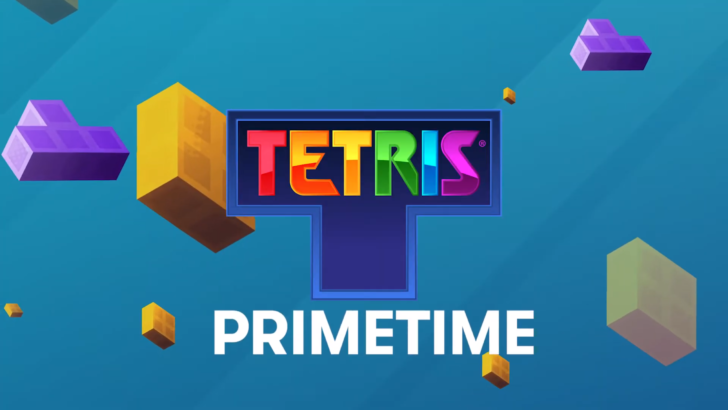 This past January, N3TWORK Inc. released a new version of Tetris for mobile, and it was well-received, thanks to competent monetization, smooth controls, and a few welcome skins. Well, as of today, Tetris has received a monumental update. First and foremost, there's a new competitive tournament mode called Tetris Primetime, which works a lot like HQ Trivia, in that you can actually win money by playing in this nightly live tournament. But that's not all, because two more modes are included in today's update, Tetris Together (a family mode) and Tetris Royale (a battle royale mode similar to Tetris 99). Best of all, today's update is totally free to explore, though it would appear all in-app purchases are currently gone, so if you previously paid for an ad-free experience, it would appear this purchase no longer works.

If you check out the trailer above, you'll be greeted by Millen Baird, the host for Tetris Primetime, a nightly game show where you can compete against the entire globe to win real money. Keep in mind, this game show is only available in select regions, and so only those that live in the United States, Canada, United Kingdom, Germany, Ireland, Spain, Switzerland, Belgium, Sweden, Norway, South Africa, Russia, Chile, Australia, and New Zealand can participate. Millen goes on to explain all of the new content that landed in Tetris today, such as Tetris Royale, a battle royale mode where you'll compete against 100 players to see who will be the last man standing, and Tetris Together, an online mode where you can play against friends and family with voice chat. As expected, Tetris Marathon is a fourth mode that's essentially the base game that was already included in the app before today's update, where you can play solo.

Now, after looking at the title's Play Store reviews, it would appear that the game's in-app purchases have all but disappeared with today's update (and I've looked, I can't find them). You see, there used to be a way to pay to remove advertisements, but now that option is gone, and even if you previously paid to remove ads, ads are indeed displayed in the game for everyone. Hopefully, the disappearance of people's purchases is simply a bug that will be fixed shortly, but if not, then that's a smarmy move on N3TWORK Inc's part. 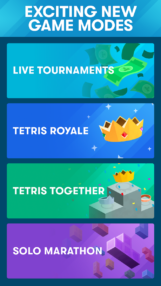 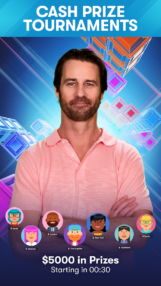 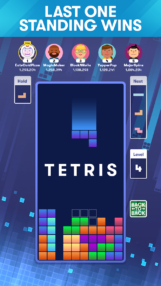 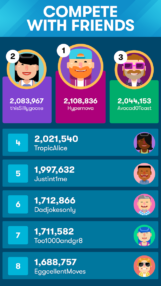 So there you have it. Tetris on mobile just received a huge update that includes a new nightly game show competition where you can win cash, plus an online competitive mode for friends and family, not to mention a battle royale mode similar to Tetris 99 on the Nintendo Switch. It's definitely disheartening to see that users' previous purchases are no longer being respected, but I suppose it was only a matter of time before a breezy and fun release that offered a premium purchase would change into something more nefarious. After all, I'm sure N3TWORK Inc. didn't purchase the Tetris license to eke out a few bucks through skins, and so, just like everything else on mobile, Tetris is once again a property to take advantage of, just like it was when EA was the license holder on mobile.

Live Tournaments, Battle Royale, and Friend Challenge Modes Launch In Select Markets, Providing a Variety of Game Styles for Any Type of Player

SAN FRANCISCO – July 9, 2020 – N3TWORK has launched a game-changer for Tetris® on mobile. The world’s most iconic puzzle game now features Tetris Primetime, an entertaining blend of game show and live, competitive Tetris gameplay that is free to enter and features more than $1 million in annual cash prizes. N3TWORK’s newest release also includes Tetris Royale, an always-on 100 player Tetris battle royale, and Tetris Together, a new way to play Tetris with friends and family. From the familiar single player experience to private games with friends to competitive play against the global Tetris community to the once daily adrenaline rush of Primetime, the new Tetris app has something for everyone.

“Tetris is truly timeless in its appeal and one of the greatest games ever designed. We wanted to build a version that respected everything amazing about the original but that innovated in a way that could delight the billions of people who know and love Tetris,” said Neil Young, founder and CEO of N3TWORK. “We’ve kept the gameplay that you remember, and have infused it with competition, communication, community and an incredible global, daily game show with cash prizes. We think Tetris has the opportunity to be bigger than ever before as fans around the world can now play in both familiar and exciting new ways.”

Tetris Primetime is a breakthrough hybrid of live television and tournament play that supercharges the fun and excitement of Tetris by adding more than $1 million in annual cash prizes. Hosted by award-winning actor Millen Baird, Tetris Primetime lets players star in a live game show experience with cash prizes on the line every night at 7:30 p.m. in the anchor city closest to them. The anchor cities are currently Auckland, Perth, Moscow, Berlin, London, New York City and Los Angeles.

“Tetris fans who have dreamed of clearing lines under the spotlight for a chance to win cash prizes can now rejoice with this remarkable opportunity,” said Maya Rogers, President and CEO of Blue Planet Software, the sole agent for the Tetris brand. “N3TWORK’s Tetris app delivers just that and much more! Whether it’s a relaxing match with several friends or an intense battle against thousands of other players, the mobile game now has something for everyone to enjoy.”

In Tetris Royale, players will battle it out in 100-player Tetris matches, where the last player standing wins. Tetris Royale players compete for weekly dominance in their city, country, and around the world. Players can also choose to compete against their own high scores in Tetris Solo Marathon mode, a familiar single-player Tetris experience that fans can play anytime, anywhere, even offline. Those looking for fun closer to home can also enjoy Tetris Together, a new mode where players can create sharable Tetris games for friends and family where they can stay connected with voice chat while they play. In addition to the new game modes, N3TWORK’s Tetris app also features intuitive touch controls with the option to use on-screen controls, as well as custom themes and avatars.

Tetris is available now as a free download via the App Store and Google Play.

About the Tetris® Brand

The Tetris® brand is one of the leading and most distinctive video game brands and franchises in the world. Now after more than 35 years, the brand continues to be loved globally by people of all ages and all cultures. Billions of Tetris games are played online every year, and over 500 million Tetris mobile games have been downloaded to date. The Tetris brand’s global licensee network includes major video game publishers, including Ubisoft and Sega, as well as many partners in electronics, toys, apparel, lifestyle goods, entertainment and more. Tetris Holding, LLC, is the owner of Tetris rights worldwide, and The Tetris Company, Inc. is its exclusive licensee. For the latest information about the Tetris brand and Tetris products, please visit www.tetris.com. Become a fan of Tetris on Facebook (www.facebook.com/Tetris) and follow Tetris on Twitter (@Tetris_Official) and Instagram (@Tetris_Official).