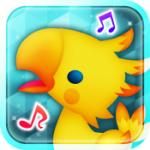 Square Enix brought their Final Fantasy-themed 3DS rhythm title over to the iOS platform late last year, with quite a few changes–some for the better, some for the worse, as we pointed out in our review. Theatrhythm Final Fantasy [Free] on iOS looked much better thanks to the higher resolution screens of iPhone and iPads, and sounded a whole lot better too, probably due to being able to have a higher file size and including higher bit-rate music. On the down side, a couple of the modes from the 3DS version got the axe, and the biggest change of all was a switch to a free-to-play model which allowed you to download and play a couple of tracks free of charge but then sold the entire library of additional songs and characters in a piecemeal fashion through IAP.

Honestly, I didn't mind the IAP in Theatrhythm on iOS. Sure, it would cost an arm and a leg if you bought everything the game had to offer right off the bat, but it's also nice to only have to shell out for the songs that you really want instead of paying more up front and possibly getting songs you don't care about. I've enjoyed just buying a song here and there whenever the mood strikes, and spacing it out hasn't broken the bank yet.

At any rate, if you have been enjoying Theatrhythm on iOS then now is a good time to take the plunge on some new content as Square Enix is currently having a sale on just about everything in the game. Song Bundles which normally cost $2.99 are now on sale for $1.99 each, and the additional characters that use to be $1.99 are now all on sale for 99¢ each instead. The individual songs that are available for purchase remain the 99¢ each that they've always been.

If you initially passed on Theatrhythm Final Fantasy due to its IAP system or just for any reason, I'd urge you to give the free download a shot, as it really is top-notch in the production values department and it's just plain fun to play. And, if you're digging it, now would be a good time to pick up some extra content while it's on sale.