These deals are too good to pass up! Kindle Daily Deals for Thursday, October 16 Featuring a 75% price cut on Samantha Holt’s Too Much to Lose

Too Much to Lose 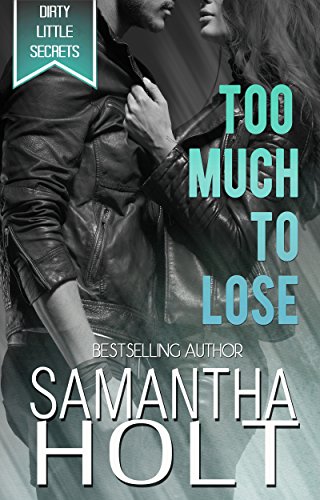 Have you ever been so desperate you made a decision that would haunt you forever?

Jess is on the run from her past. She has no friends, no life. She tries to forget everything that happened to her all those years ago. After changing her image, leaving her home and getting a new job, she’s determined it won’t happen again. If that means never being close to anyone ever again, then so be it.

If only Hunter O’Reilly didn’t make her wish things could be different.

Hunter needs this job. After being screwed over by his partner—make that ex-partner—his investigation business is on the line. Already in debt, he eagerly takes on the job of finding some stolen money at triple his going rate and all leads point in Jess’s direction. He expects problems at that price. But he doesn’t expect to fall for her.

However, no job is ever that simple. When he’s forced to spend more time with her, the lines between business and pleasure are blurred. And once Jess’s life comes under threat, they have to make a decision, can they both overcome Jess’s past?

5-Star Amazon Reviews
“I’ve come to expect well written sexiness from Samantha Holt’s stories, and I certainly wasn’t disappointed by this one! Fast paced and exciting. Definitely one to read again in the future.”
“… I adored this read and strongly recommend it to readers who love a fast paced, suspenseful read but which also has plenty of action in the love and passion stakes…”

These deals are too good to pass up! Kindle Daily Deals for Thursday, October 16
Featuring a 75% price cut on Samantha Holt’s Too Much to Lose