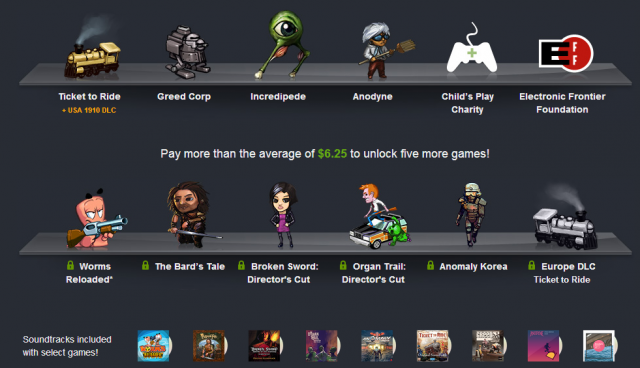 Humble Bundle for Android 7 promised to bring us a few new games after the initial bunch, and that promise has been fulfilled. Three new games are available for those who paid more than the average, which was about $6.50 at the time the sale kicked off.

Here’s the updated list of games you can look forward to for such a low, low price (new games are in bold):

Pay more than the average to receive:

The average price of the bundle currently sits at $6.25 — for 10 games and soundtracks for most of them, you can’t ask for a much better deal than that. Get over to the Humble Bundle for Android site to take advantage of the seventh edition of what has quickly become one of the best values in mobile gaming.