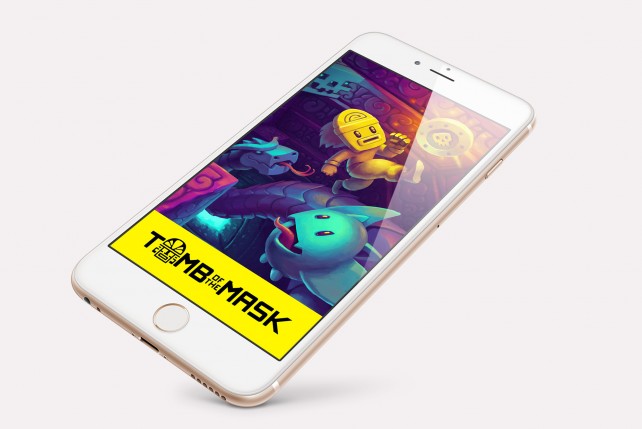 Looking for another addictive arcade game to, well, get addicted to? Well, we have a more than capable candidate in the just released Tomb of the Mask.

At first blush, Tomb of the Mask looks like a clone of Pac-Man, what with its maze-like environments filled with glistening objects and rendered pretty much in the same style as that classic arcade game starring a chomping circle.

But it actually isn’t. In Tomb of the Mask, you don’t need to eat wafers and evade ghosts as you navigate mazes. Rather, you’ll be collecting coins and avoiding obstacles as you go up and up and up an infinite procedurally generated vertical labyrinth. 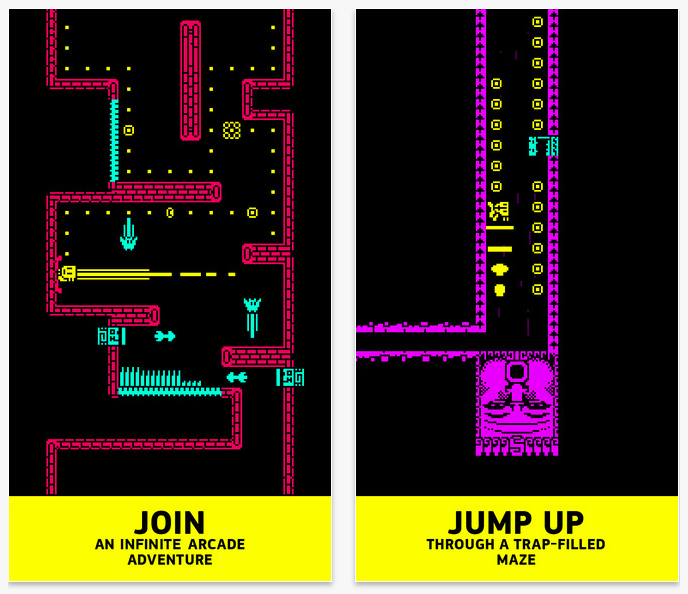 “Seeking for adventure you get into a tomb, where you find a strange mask,” the game’s App Store description teases. “You wear it and suddenly realize that you can now climb walls – easily and promptly. And that’s when all the fun begins.”

To scale the walls of the game’s infinite labyrinth, you just have to use the game’s swipe control scheme. Each time you swipe up, down, left or right, your masked character gets flung in that direction.

Sounds simple, right? But mindless swiping simply won’t do in Tomb of the Mask. Strategic swiping is called for as you would want to avoid traps and enemies and to collect coins and power-ups along the way. Oh, and you also would want to move as quickly as you can to keep the ever rising flood of death below from catching up to you.

Tomb of the Mask instantly got me hooked with its appealing combination of retro-style graphics, fast-paced gameplay, and dead-simple controls. In fact, if I didn’t have to write this post, I probably wouldn’t have stopped from playing it. I implore you to check it out now.

Compatible with iPhone, iPod touch, and iPad running iOS 7.0 or later, Tomb of the Mask is available now on the App Store for free, with in-app purchases for removing ads and buying additional coins. Coins, which can be collected through continuous play as well as bought via in-app purchases, may be used in exchange for extra lives, power-ups, and masks with unique abilities. 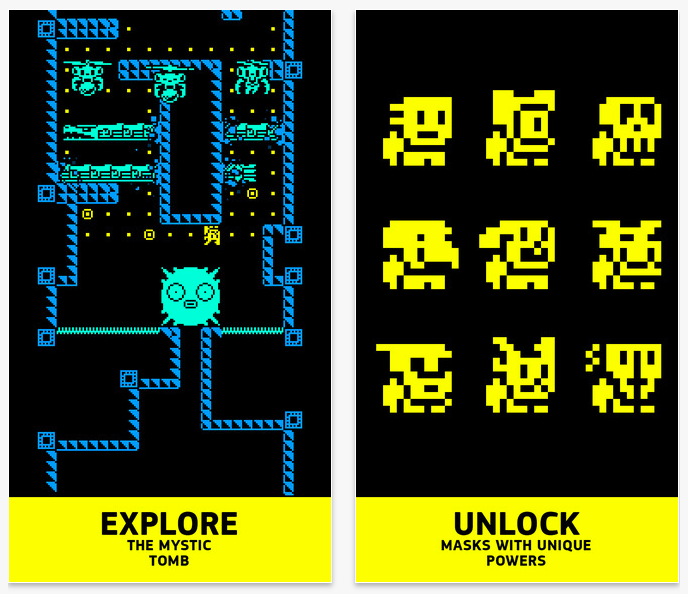 Tomb of the Mask is developed by Happymagenta, the same studio behind a number of other notable iOS games such as the retro roguelike RPG Into the Dim and the arc-based endless runner Hammy Go Round.

For more new and noteworthy iOS games, see also: Are your dice hot enough to Roll with Friends?, Explore parallel worlds in Abandoned: The Underground City, and Square Enix launches its anticipated Final Fantasy IX on the App Store.