Selfies have become a part of daily life in the mobile era, and why not? A little self-love and expression to the wider world is a great self-esteem boost, and you never know who will actually enjoy your photos. For some selfie enthusiasts, simply snapping a decent picture with their phone’s default camera won’t cut it. This top 10 app list is for those people; the ones who want to beautify and enhance their selfies, use them in contexts beyond simply sharing them around, or just plain mess around and have fun. 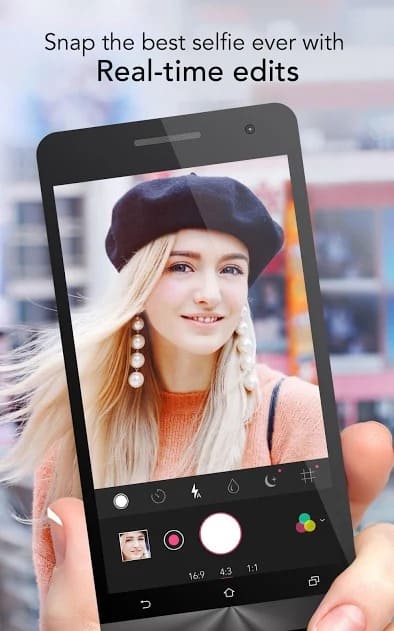 YouCam is one of the easiest and most full-featured selfie apps out there, and even managed to land a Google Play Editors’ Choice award. You can snap a selfie in the app, then immediately apply automatic adjustments to pretty it up, or choose from a range of features. Real-time filters are also on board, though many of them come in paid packs. There is also a subscription available that will net you all of the premium features for a fixed monthly price. Some of those same features can be accessed for free by watching an ad. Even without the paid features, this is a highly versatile selfie app that can be used for anything from simple beautification to total facial modification. 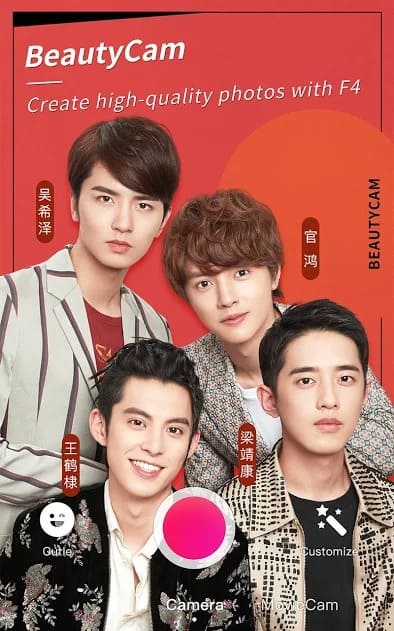 YouCam is great for a range of edits, but BeautyCam boasts such a different set of features despite falling along the same lines that some users may prefer it. Some may even choose to have both on hand for whatever occasion the whimsy of the selfie has in store for them. This app boasts in-motion visual effects that YouCam doesn’t have, such as movie blurring, GIF sharing, and even AR features. 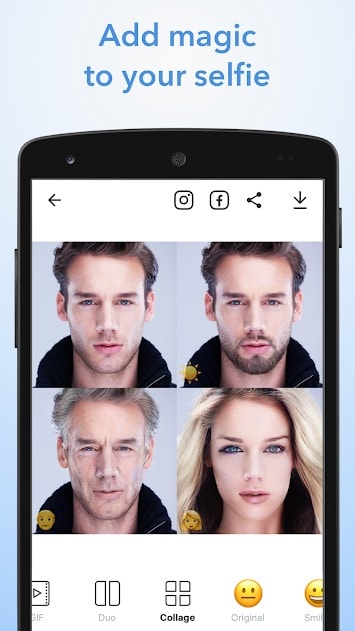 Touching up your selfies to make them as beautiful as possible or add fun effects is great and all, but have you ever wondered what you would look like as the opposite gender, or perhaps aged a few decades? FaceApp has been making the rounds on the internet for a while as that app that can make Venom Snake light up Mother Base with his smile or turn Vin Diesel into a woman, and it can do the same for any photos you may have on hand, selfie or otherwise. The app uses machine learning to make its modifications, which means it’s constantly improving with use. 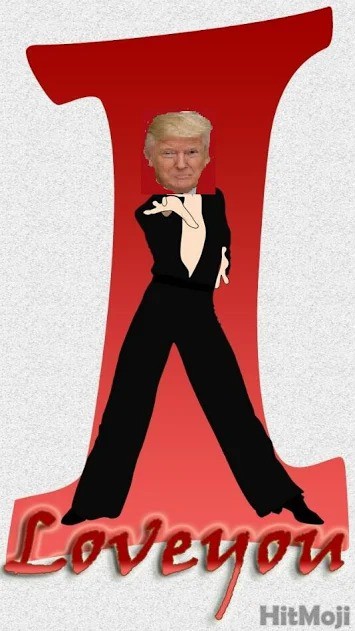 This app is the virtual version of those standees that you can stand behind and stick your face into. Pick a goofy e-card or emoji, put your face or somebody else’s front and center, then share away. The app can put out images, GIFs and emojis that you can use just about anywhere, from WhatsApp to Android Messages. If you’ve got something on your mind, use this app to say it with your face. 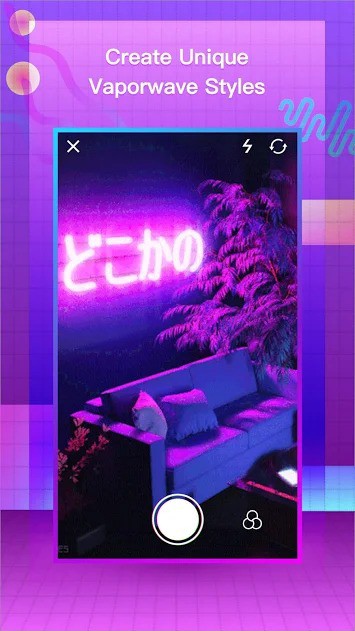 Vaporwave culture and media on the web is as trendy and ironic as it is ethereal and ineffable, and with this app, you can get in on this strangely nostalgic meme. VaporCam comes with a number of preset filters, stickers and other tools to inject a hefty dose of A E S T H E T I C into your selfie, or any other picture you may happen to have on hand. Your creations can be saved on your device, or shared directly from the app. 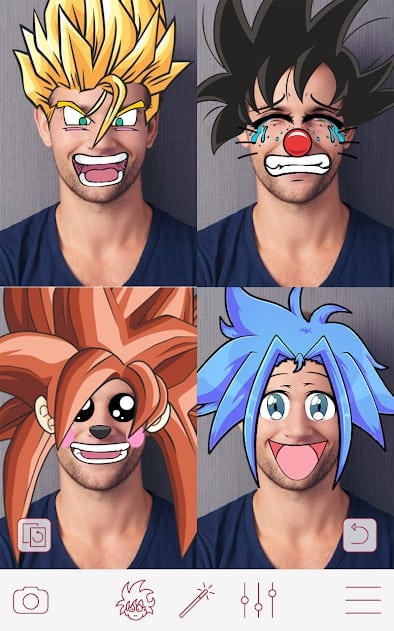 This app is one for the anime lovers, and it’s extremely simple at its core. Anime Manga Camera, exactly as the name states, seeks to turn your selfie into an anime portrait. There are a number of stickers and effects on board that can help you achieve this, as well as real-time filters for the app’s built-in camera. Whether you want to go Super Saiyan, cry out in virtual anguish over how long the new season of Sword Art Online is taking, or just add some anime flair to any old selfie, this app presents one of the easiest and most extensive ways to transform your photos. 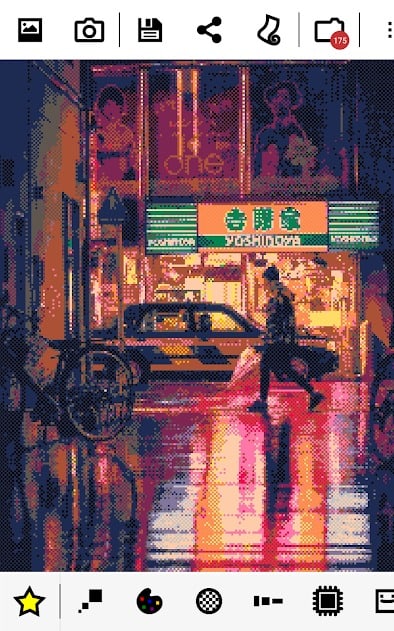 The classic 8-bit image format, on trend in some circles on the internet, has a timeless aesthetic, and this app lets you apply that to your selfies, or any other photos you have. You can take 8-bit photos directly in the app, or transform existing pictures. Effects, tweaks and filters can be applied to customize each image to your liking, and your creation can be saved in a number of formats to share around just about everywhere. 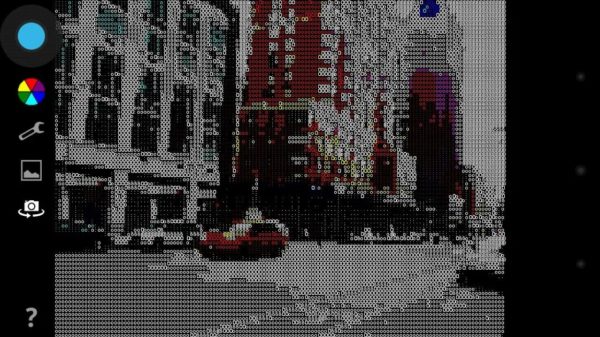 ASCII art images, being pictures made of text, are an internet tradition that has always been difficult to get in on because of how hard the pictures are to make. With this app, you can turn any selfie ito a text-based work of art, or any other photo for that matter. There is a range of filters and other tweaks to make the pictures look just the way you want them, and you can then save and share the results as pictures or real ASCII-laden HTML files. If you’re looking to drastically transform your selfie in one of the most complete ways possible, or simply geek out and perhaps wax nostalgic over the web of the late ’90s and early ’00s, this is the app for you. 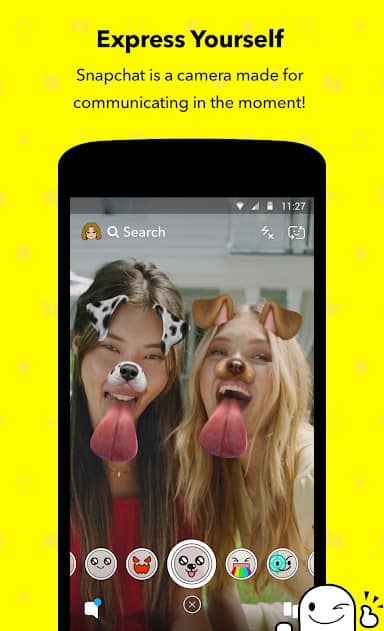 Seeing this app here shouldn’t really come as a surprise to anybody. For those not in the know, Snapchat is a social network in and of itself, and it boasts such a massive and iconic range of selfie effects, stickers and AR party favors that they’ve become the app’s calling card. You can turn yourself into a dog, puke rainbows, become a vengeful demon, or dance with an AR hot dog, just to name a few of the things this app can do. For those already entrenched in other networks, Snapchat creations can easily be saved and shared around wherever you like. 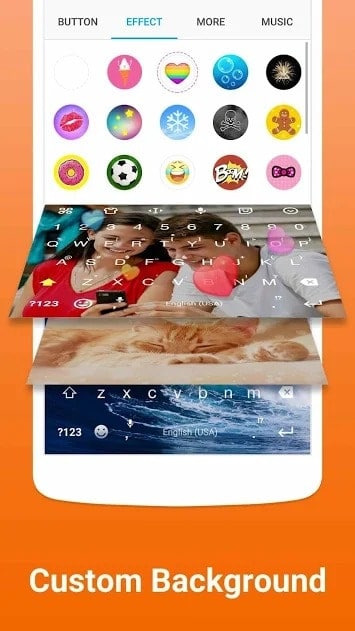 You’re probably wondering why there’s a keyboard app in this list, and the answer lies in a couple of selfie-centered features that the app boasts. You can apply a number of effects to your face and use it as a custom emoji, for starters. A bit more on the advanced side, there’s also an AR feature that lets you wear a virtual mask. Wacky characters like a unicorn and a living pineapple become your new face, using the power of deep learning to mimic your every move. You can take pictures, GIFs and videos of the result and share them wherever you want. It’s pretty good as a keyboard, too – you’ll find a range of nice prediction and customization features, as well as a custom theming engine that makes building your very own keyboard from the ground up about as easy as it can get.