The inviting warmth of summer is starting to fade, chasing us all indoors. One way to keep your blood pumping is by playing heart-pumping action games. You may be a bit surprised to hear that the Play Store has plenty of these that can run quite well on even older or cheaper phones. From hack n’ slashers and third-person shooters to precise platformers, this top 10 list is devoted to all the perfectly pulse-pounding playables that the Play Store has to offer. 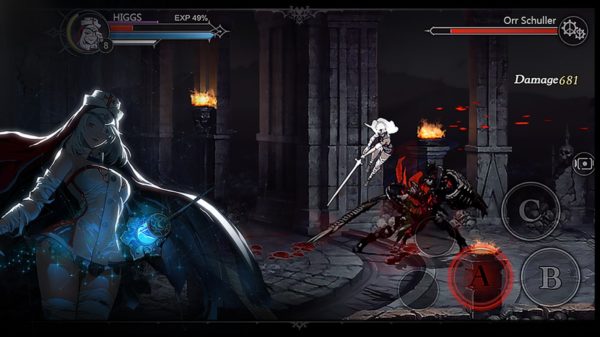 NeverGone is a hardcore beat-em-up with RPG elements, a gothic setting and story, and a deep, satisfying combat system built around simple controls. Essentially, it’s a mix of all the best elements of Devil May Cry, Castlevania and Streets of Rage. You’ll fight your way through increasingly tougher missions while leveling up your characters and grinding to obtain and enhance new gear. If you can’t stand the wait for Devil May Cry 5 and Streets of Rage 4, or if you miss Castlevania, this game will help. 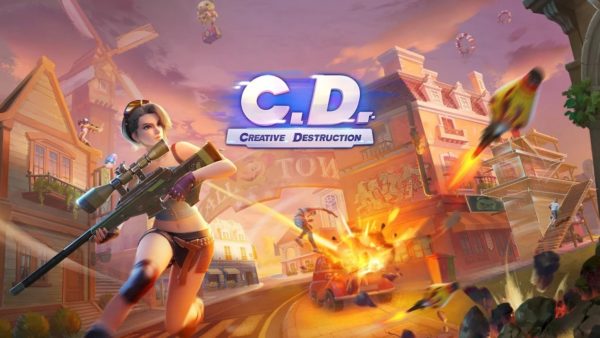 There’s no shame in riffing on popular games; Gameloft, by way of example, is one of the biggest names on the mobile scene, and most of its business model revolves around doing that. While not from Gameloft, Creative Destruction does a fine job of scratching the Fortnite itch for people without compatible devices. You parachute onto one of 13 living, breathing battlefields armed with nothing but a destructor, then destroy and build while hunting for weapons to survive until the end of the round and be the last one standing. While it lacks the diverse modes and some of the gameplay features found in Fortnite, if you don’t have a console or a good PC and Epic Games hasn’t gotten around to supporting your phone yet, this really is the next best thing. 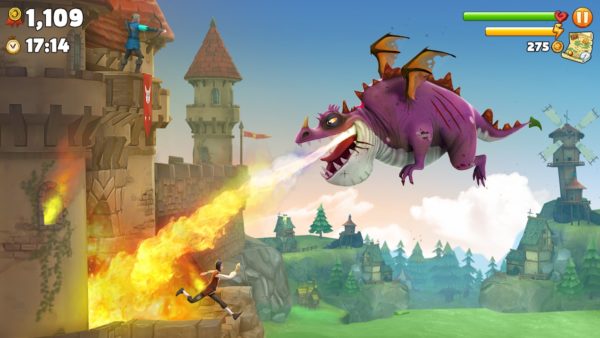 The title is pretty self-explanatory, and that goes double for anybody familiar with Ubisoft’s well-loved Hungry Shark series. Playing as one of many hungry dragons, you’ll rip through giant monsters, castles and small towns looking to eat your fill. Use your weight, fire breath and everything else at your disposal to lay waste to anything that stands in your way. 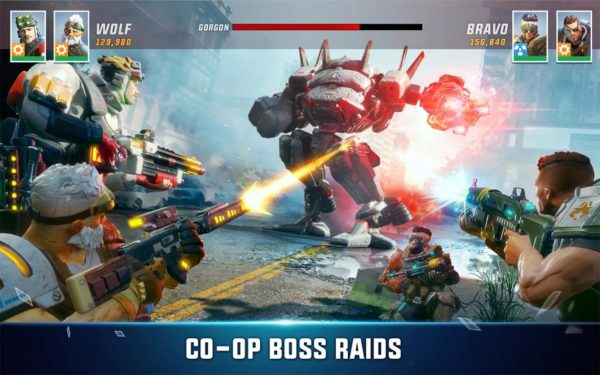 An interesting twist on the hero shooter genre popularized by the likes of Team Fortress 2 and Overwatch, Hero Hunters sees you recruiting a team made up of a few of up to 50 different heroes, enhancing their stats and gear, and taking on threats in a third-person cover shooter. There’s online play, including co-op, and massive bosses to conquer. 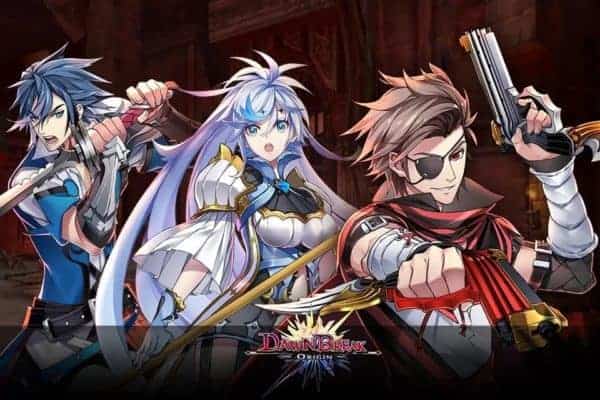 Don’t let the anime aesthetic fool you – this isn’t another run-of-the-mill 3D action RPG. You’ll take a team of three characters into pitched battle against massive enemy forces and tenacious bosses while navigating a deep storyline. The battle system uses a combo and special mechanic that changes up your combo finisher depending on when you push the special button, making for dynamic tactics to suit the kind and number of enemy you’re up against. Those who have a fun time manipulating the tide of battle in their favor will be pleased to know that this game has a direct sequel with the same gameplay and cast. 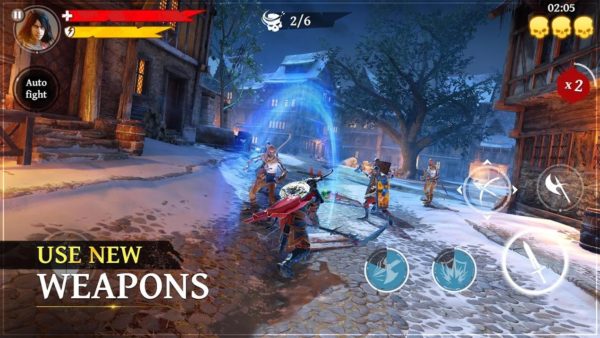 Iron Blade is a fairly unique medieval action title. Using a demon-infested sword and sorcery world as a backdrop, you’re cast as a templar knight fighting off corrupt forces trying to overtake the church and oust your order, along with the demons they’ve summoned. The combat happens on rails – you can’t choose where or when to move. You can attack enemies in a variety of ways, and string together long combos by jumping between foes by parrying their attacks at just the right moment. Timing is absolutely essential, and skilled play is rewarded with bonuses. 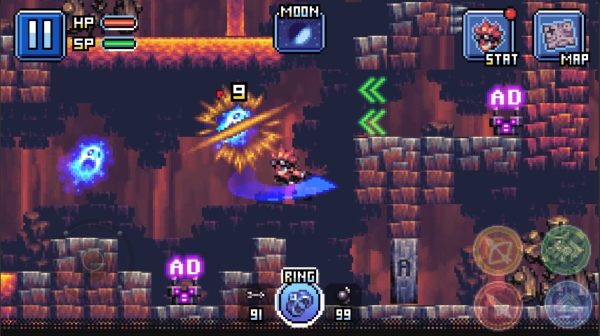 Dungeon X Dungeon is a retro-styled action adventure game. You’ll gain more skills as time progresses, allowing you to venture deeper into the dungeons and closer to the game’s climax. The 2D platformer is unique in that it’s free without any in-app purchases and its advertising can actually be avoided in-game by skilled players. 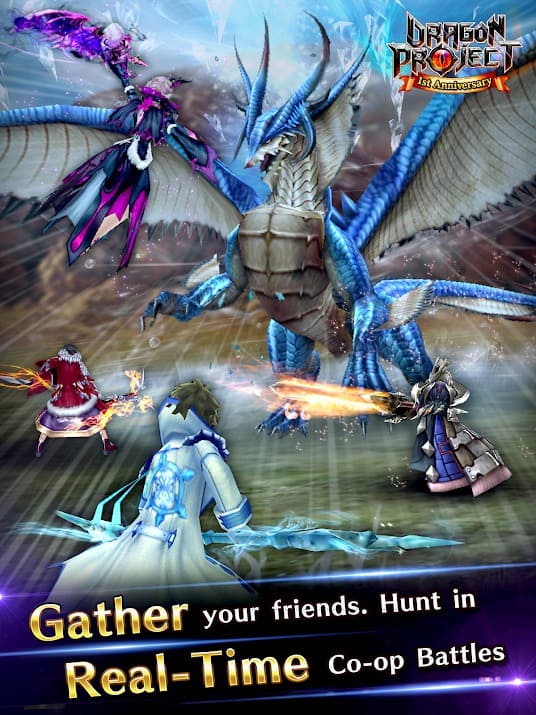 In this vertically-oriented action RPG, you’ll grind the best gear you can get to take on massive dragons. Along with upgrading your gear and practicing your skills, you can also gain an edge on the game’s giant foes by bringing some friends along for real-time co-op hunting. It’s essentially a mobile-minded riff on Monster Hunter with an anime aesthetic, and it’s actually surprisingly well done. 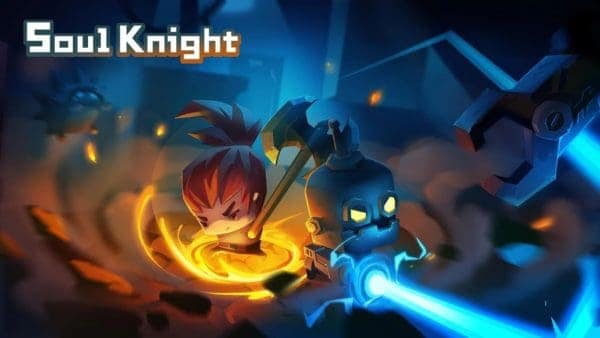 Soul Knight is a random dungeon crawler with real-time combat that’s one part bullet hell and one part action RPG. You’ll dodge wave after wave of bullets, magic and melee weapon swings from all sorts of different enemies in random dungeons, while returning that offensive in order to move deeper into the dungeon and find loot to upgrade your character and gear. 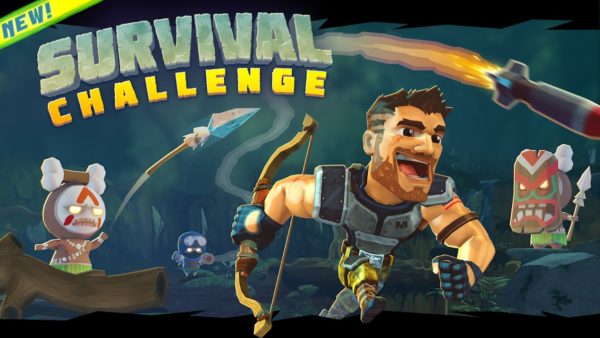 Major Mayhem 2 is better in every way than its predecessor. It’s larger in scope, better looking, easier to play, more accessible, and can get much harder in the late game. It’s a third-person shooter on rails where you’ll poke about in your environment to shoot enemies, as well as enemy shots and any obstacles in your way. The game requires great reflexes, and even without being in charge of exactly where your player character goes, there are a ton of things to keep track of.