There are a lot of threats roaming around the Internet, and even though many people will tell you that an antivirus app is not necessary for Android, many of you probably prefer to have one installed regardless. That is why we’ve assembled a list of our top 10 antivirus applications for Android, as there are quite a few antivirus apps out there, and it’s not always easy to choose the best one. Having said that, apps down below are not listed in a specific order, so keep that in mind. 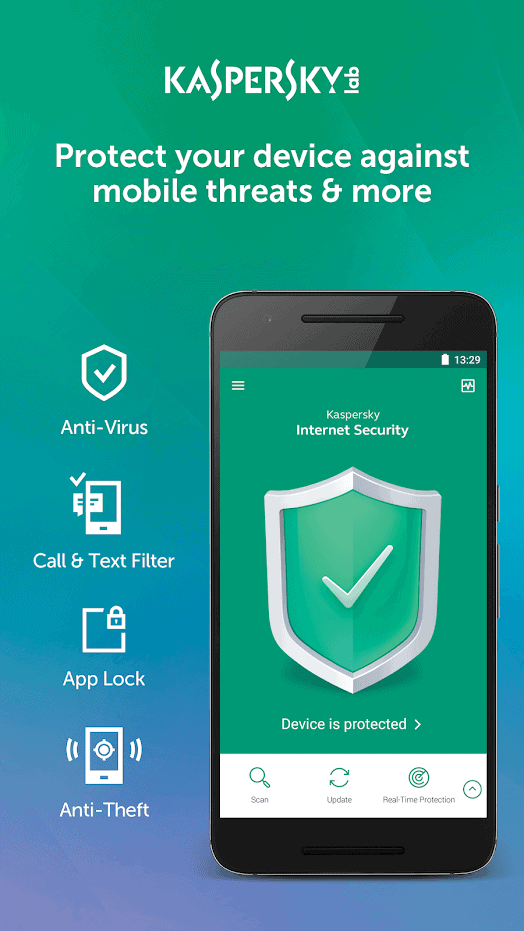 Kaspersky Mobile is one of the most popular antivirus apps for Android, it has been downloaded over 50 million times, and it currently holds a 4.7-star rating in the Play Store. Other than being a reliable antivirus app, this application also serves as an app lock, your phone finder, SMS blocker, and so much more. Kaspersky Mobile also comes with full support for Wear OS, in case you were wondering. 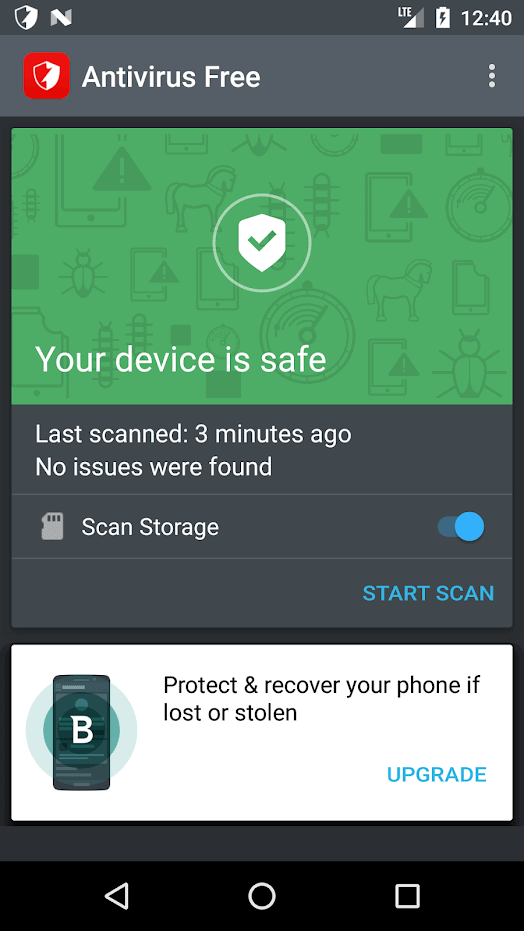 Bitdefender is an antivirus app which boasts about its simplicity. The company claims that you can simply install this app and be ready to go, as ‘zero configuration’ policy is highlighted in the Play Store. This app is completely free, and it uses in-the-cloud scanning technology. This app brings a rather eye-pleasing UI as well, as long as you like flat design, of course. This app will check all your other applications for suspicious activity, and keep a lookout or any suspicious activity on your phone in general. 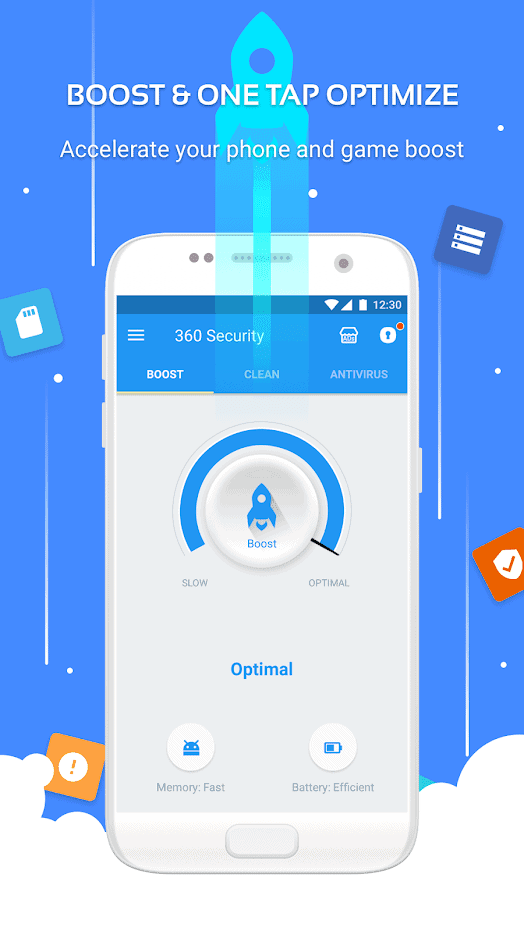 360 Security is an antivirus app, but it also brings a ton of additional features. This application will also serve as your junk cleaner, device speed booster, and an anti-spyware application. On top of all that, you can filter your calls and SMS with this app, just in case you want to block some calls or something of the sort, and on top of that, you can also hide annoying notifications using 360 Security. These are only some of its features, this is quite a versatile application. 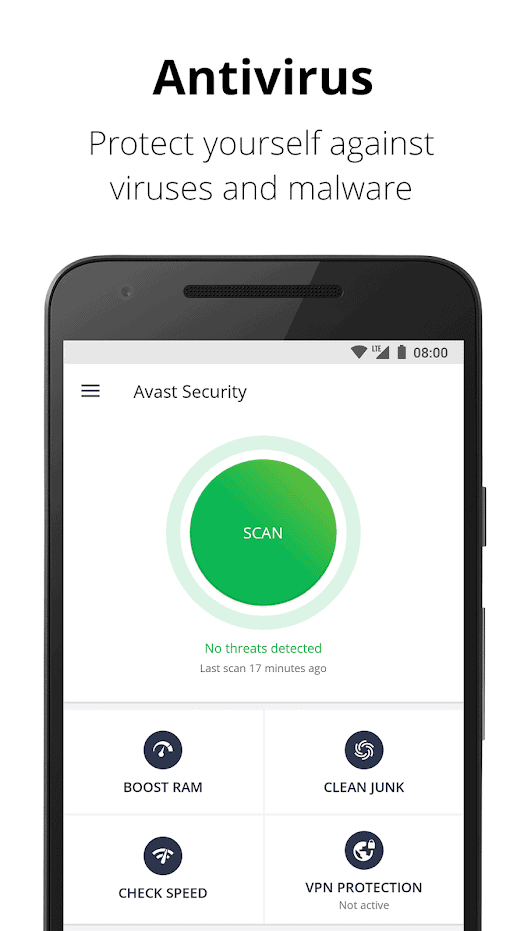 Avast Mobile also belongs in the ‘most popular’ category, as it has over 100 million downloads at this point, and a 4.5-star rating. Just like many other apps on this list, this app brings a flat design, and a ton of features. In addition to being an antivirus app, it can also serve you as a VPN app, not to mention that you can lock specific apps using this application as well. Avast Mobile can also be your photo vault, if you want, while it has some anti-theft features on top of everything. 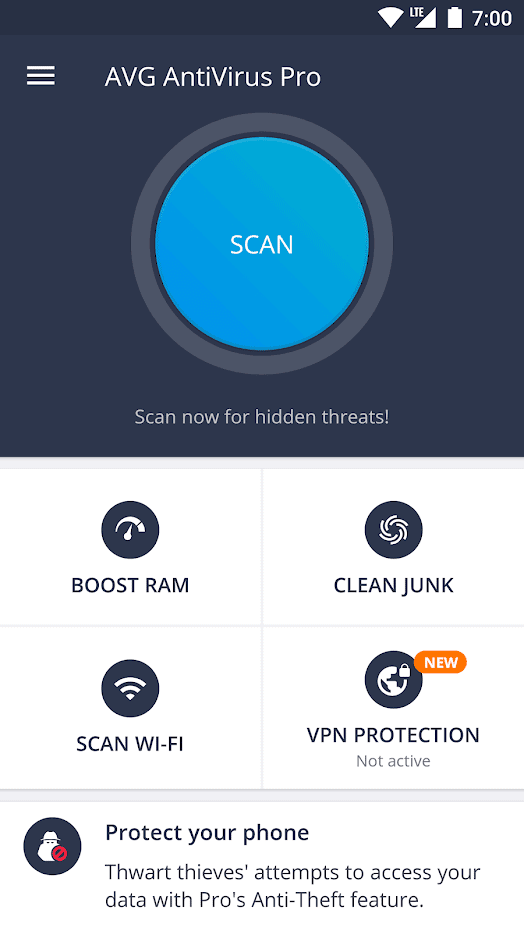 AVG Antivirus has over 100 million downloads, just like Avast Mobile, and it comes with flat UI, just like many other apps listed here. AVG Antivirus is quite versatile, it is an antivirus app, while it also has photo vault, app lock, and Wi-Fi security can features. You can use AVG to clean unnecessary files from your smartphone, while you can also locate your phone using Google Maps. A number of other features are available in this application. 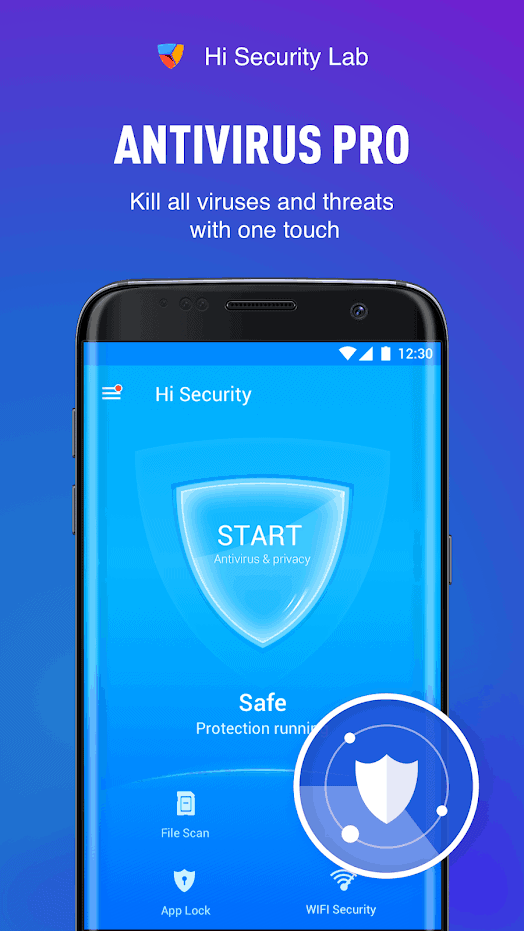 Virus Cleaner comes from Hi Security Lab, and on top of being an antivirus app, it’s also a junk cleaner, app locker, and performance booster. This is one of the top rated antivirus apps out there, as it currently holds a 4.8-star rating, and has over 50 million downloads. This app will also scan unknown Wi-Fi networks, while it can also serve you as an app locker and a CPU cooler. 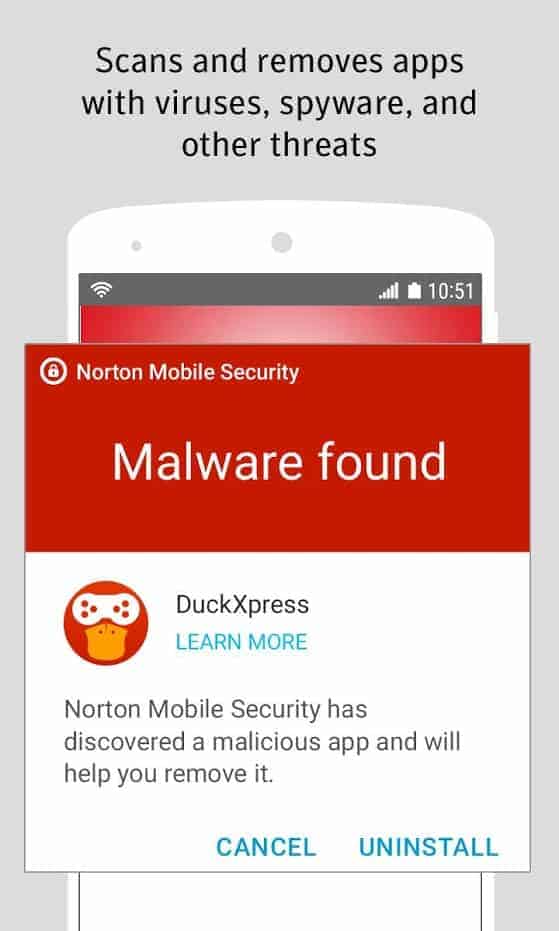 Norton is an antivirus app that comes with a ton of features. This app can scan and remove apps that have malware or spyware, while you can also use an SMS message to lock your phone remotely thanks to Norton. You can set Norton to lock your device if someone enters a wrong PIN 10 times in a row, and can also lock your phone if a SIM card is removed, in the case of theft. 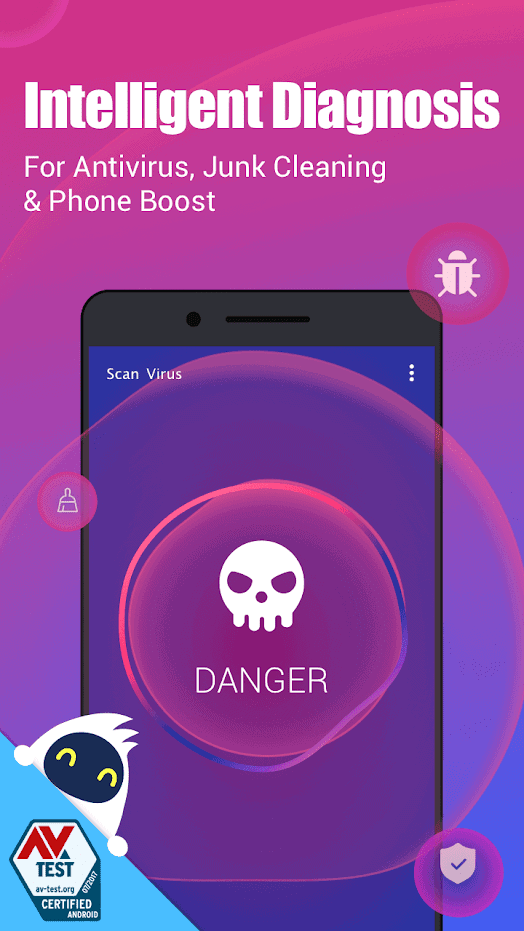 Security Master app comes from Cheetah Mobile, and it’s not only an antivirus app. Like many other apps on this list, this app can become your VPN, App Lock, and performance booster, if you want. On top of that, this app lets you clear junk files off your smartphone, while it also has the ‘Intruder Selfie’ feature, in case someone is trying to break into your device. Security Master can also organize your notifications, if you want. 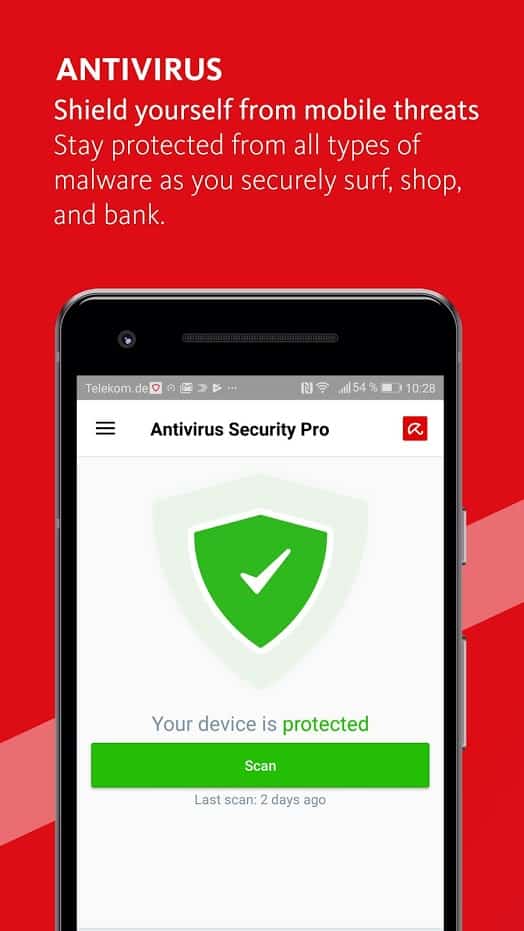 Avira is a popular PC antivirus program, and it’s available on Android as well. This is an antivirus app which comes with anti-ransomware and anti-theft features. Avira will protect your device from spyware and malware, while it will block unauthorized access to other apps installed on your device. Avira also comes with a web-based management portal, and supports a ton of languages. 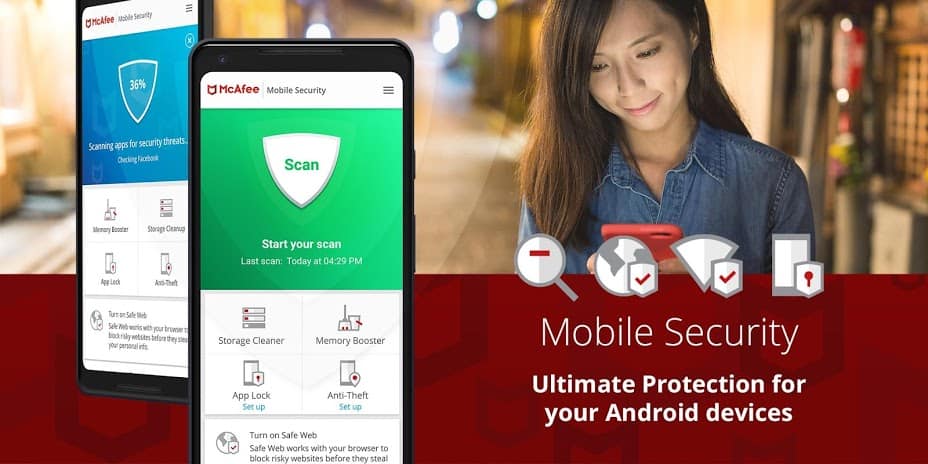 McAfee app has received a new design a while back, and it looks much cleaner now. Aside from being an antivirus app, this app also comes with anti-theft features. You can also perform SMS and contacts backups using McAfee. This application comes with a Kids Mode, and it can serve as your call blocker, SMS filter, and App Lock, all at the same time. You can remotely wipe your smartphone data using McAfee, and Wear OS is fully supported by this app.