College Football season has kicked off in the United States, and if you’re looking for the right app to keep you informed as to what’s going on, or you’re just looking for some college football-related fun in form of an app, you’re in the right place. We’ve selected 10 college football-related applications for you to check out, though before you do, please keep in mind that these apps are not listed in any specific order. That being said, all the apps are listed down below, if you’re interested. 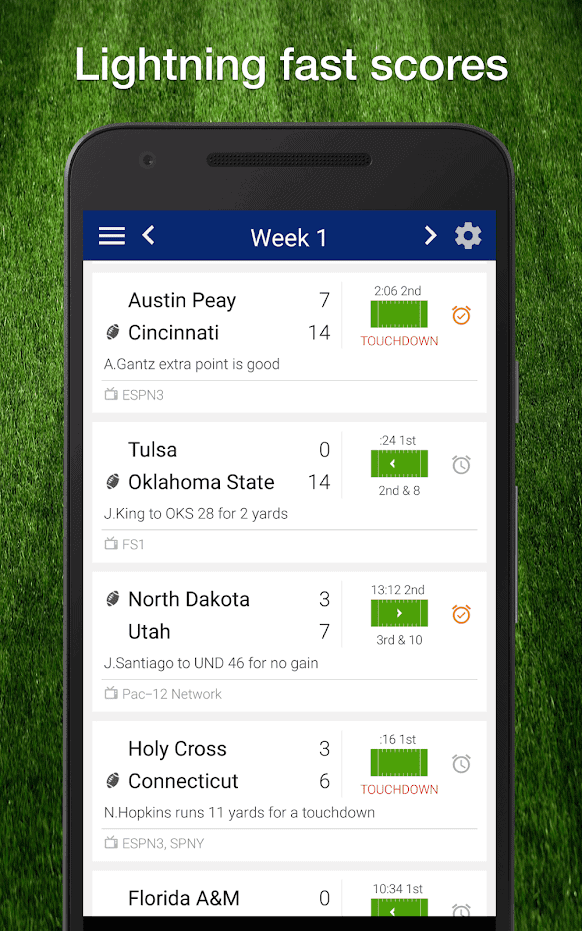 FBS College Football application has been updated with 2018 season quite some time ago, and this app will not only offer you live score of college football games, but will also report to you what’s going on the pitch live, play-by-play. On top of that, this application also shares a ton of statistics from college football games, and the app design is modern, and eye-pleasing. This app is free, but a Pro version is also available to download, and if you get it, you won’t have to deal with ads any longer. 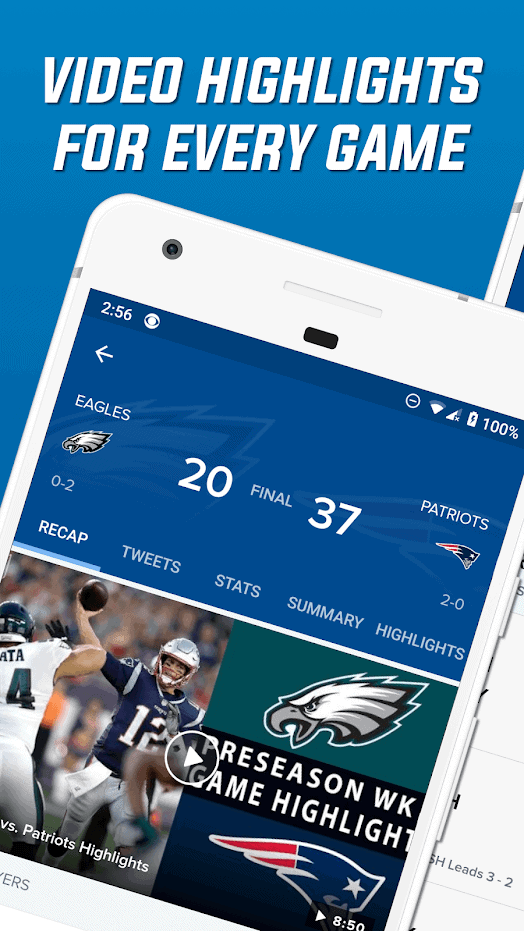 CBS Sports App is not exclusive to NCAA football, as is the case with some of the apps on this list, but it will keep you in the loop what is going on without a problem. This application not only brings live scores from games, but it also lets its users watch video highlights for games. Game statistics are also available inside of this applications, while general college football news will also be available to you thanks to this application. 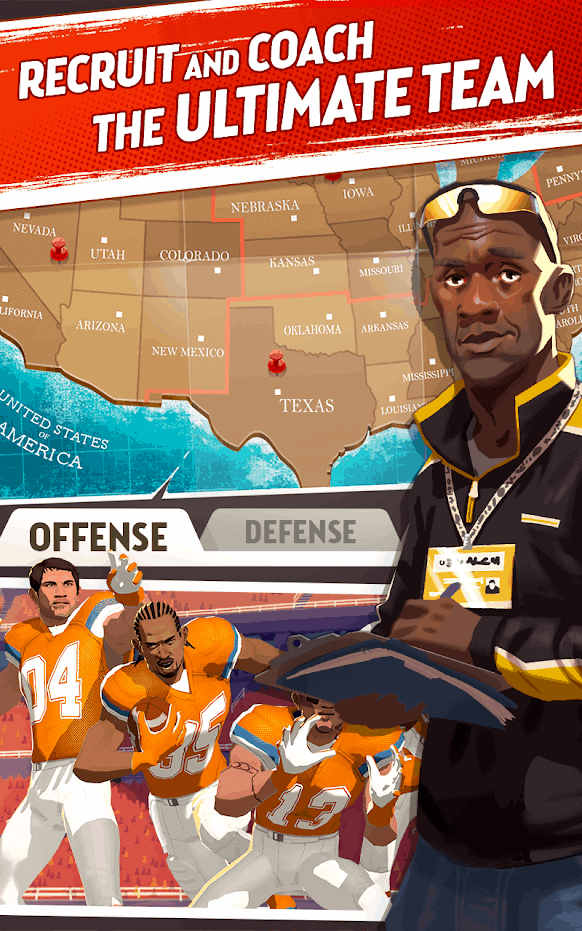 Rival Stars College Football is actually a game, but a rather fun one if you like college football. This application basically gives you a role of a head coach in an unproven college football team, and your goal is to recruit players, create a playbook for games, and lead your team to glory, essentially. This application is free to use, but in-app purchases are enabled here, as you can purchase various in-game items, while ads are also a part of the package. 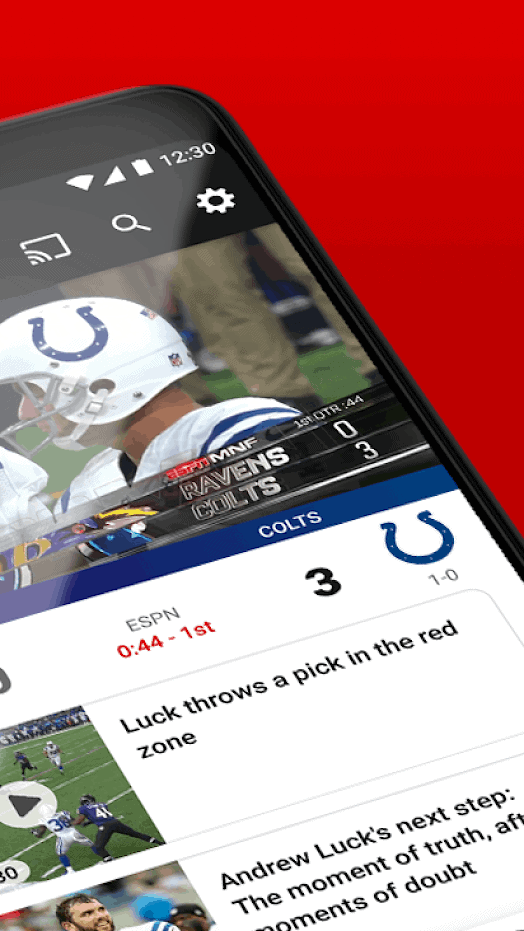 ESPN is an app that those of you who enjoy sports are quite probably familiar with, if not, this app delivers the latest sports news and game coverage, and that includes college football as well. Highlights from latest games are available in this application, while streaming games on ESPN networks is also a possibility for select games. This app also comes with ‘Cast’ option, so you can stream its content to your Chromecast, or any supported TV. 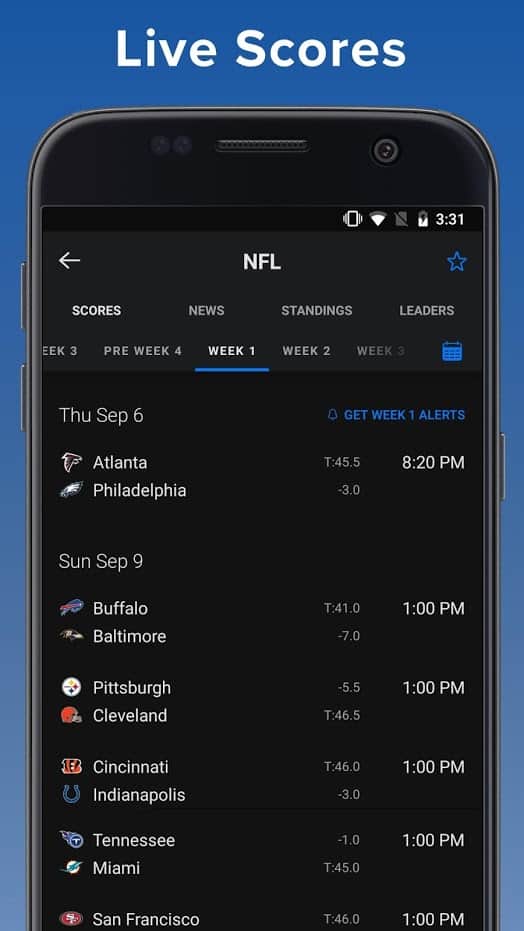 theScore is a well-designed application which brings the latest sports news to your smartphone. College football is supported by the application, and you will be able to check out the latest college football news using this app. You will also be able to follow what’s going in games live, while a bunch of stats will also be at your disposal here. You can build your personalized ‘Favorites’ feed inside of this application, and so on. 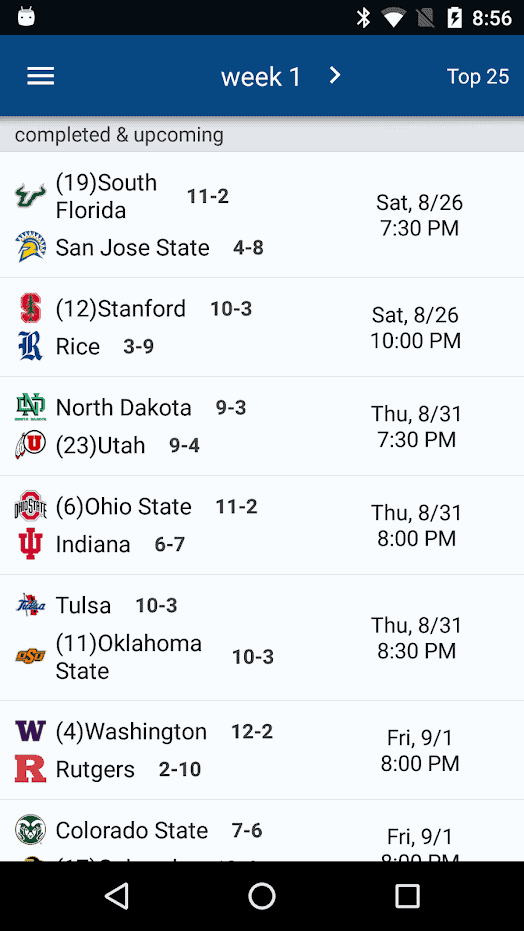 Sports Alerts – NCAA Football edition app says it all, this application is focused on delivering results of college football games, along with all sorts of other information. You can check out full team rosters using this application, while team schedules are also available, along with AP ranking and conference standings. Push notifications are enabled in this app, and you can get alerts for various events, ranging from goals and game start alerts, to overtime game alerts… there are a ton of alerts available, around 20. 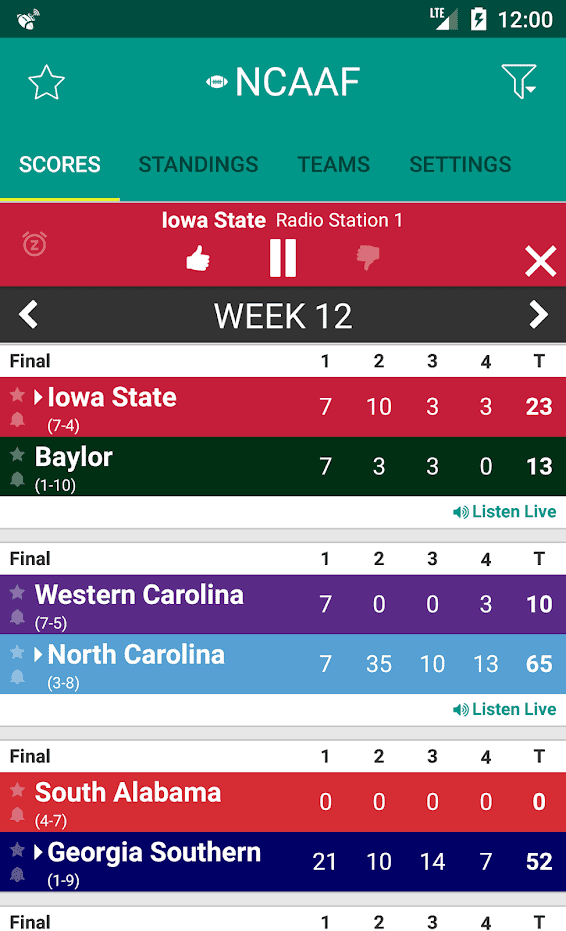 College Football Radio is an app that is considerably different than anything else we’ve listed thus far, and it’s also one of the highest-rated apps on this list. This application lets you follow college football games via radio, just in case you’re not able to watch them live. You can use this app to find radio streams for any game you like, and the app is free to use, though ads are included. 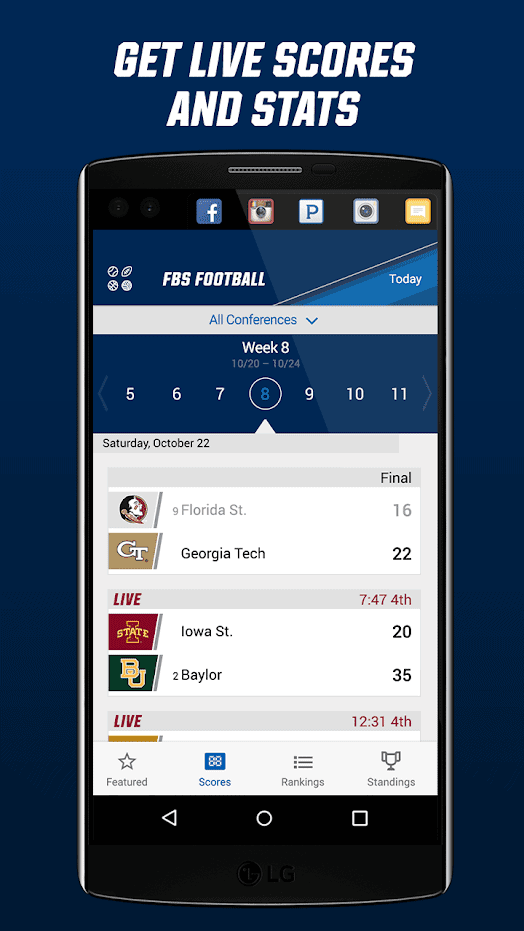 NCAA Sports is an official app of the National Collegiate Athletic Association (NCAA). This app allows you to watch some exclusive live video coverage of NCAA championships, while real-time scores and schedules are also available on the inside. You can check out regular-season rankings for all NCAA sports, college football included, check championship brackets for NCAA sports with this app, and so much more. 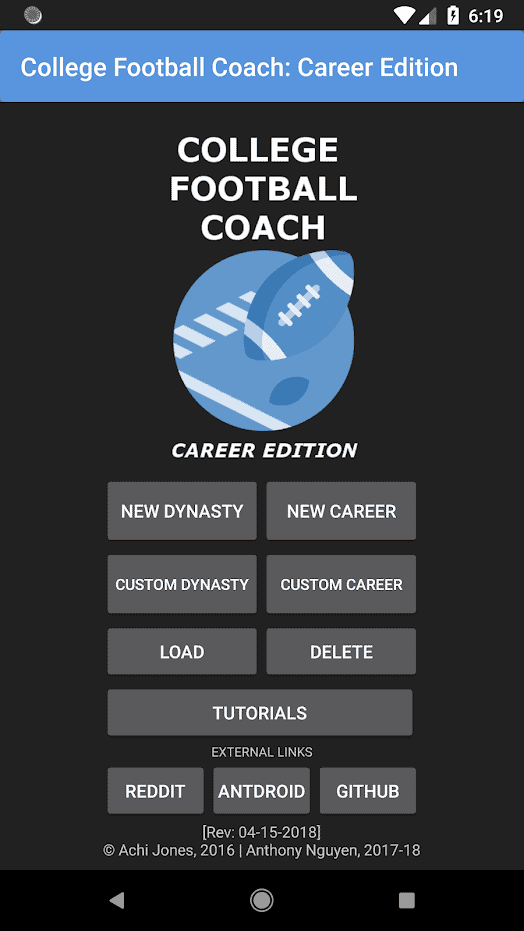 College Football Coach: Career Edition is the second game on this list, and this is a text-based game. This game will put you in the role of a head coach for a college football dynasty, and you will be required to recruit new players, take care of your team, and plan upcoming games. You can get fired in this game, as in most other management games, so you’ll need to be careful. In case you’re into text-based games, this game may be just right for you. 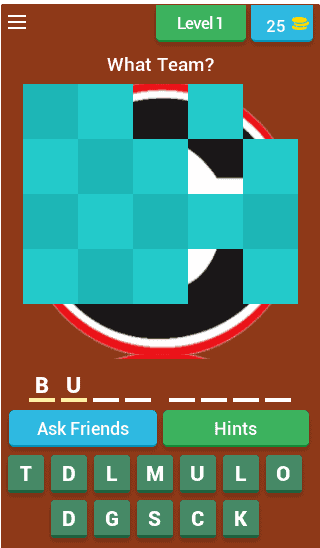 NCAA College Football Logo Quiz will test your knowledge when it comes to logos of college football teams. In this app, you will be required to flip tiles in order to reveal parts of a logo for a specific team, the less tiles you reveal before you guess the logo, the better, as you’ll get a higher score and more coins that you can use for future guesses, as those are limited, and if you run out of them and can’t guess the next logo, you will lose.