Emoji have managed to become quite popular over the years, and there are a ton of emoji-related applications available in the Play Store these days. These apps range from emoji collections, apps which integrate with other apps to offer additional emoji, emoji keyboards, and even apps that can make an emoji based on your image. In any case, we did our best to select 10 really solid emoji apps from the Play Store, these are our favorite emoji applications, and if you’re interested, feel free to check them out, just keep in mind that they’re not listed in any specific order or anything like that. 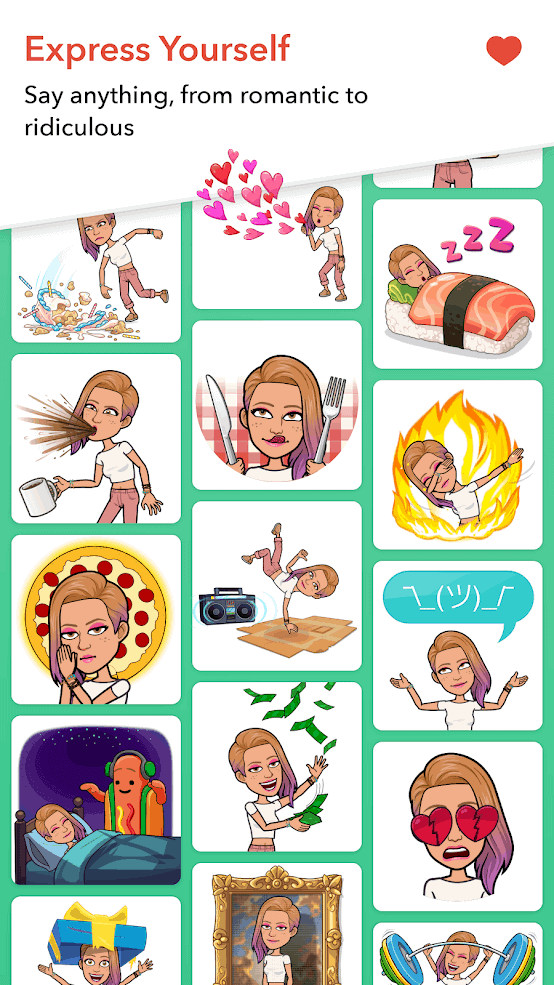 Bitmoji is actually one of the most popular emoji applications out there. This app allows you to create your own cartoon avatar, based on your image, and you can choose from a huge library of stickers that will be created used that image of you. Bitmoji app also offers integration with both Snapchat and Gboard, while this application is free to use. Bitmoji app has been downloaded over 100 million times thus far. 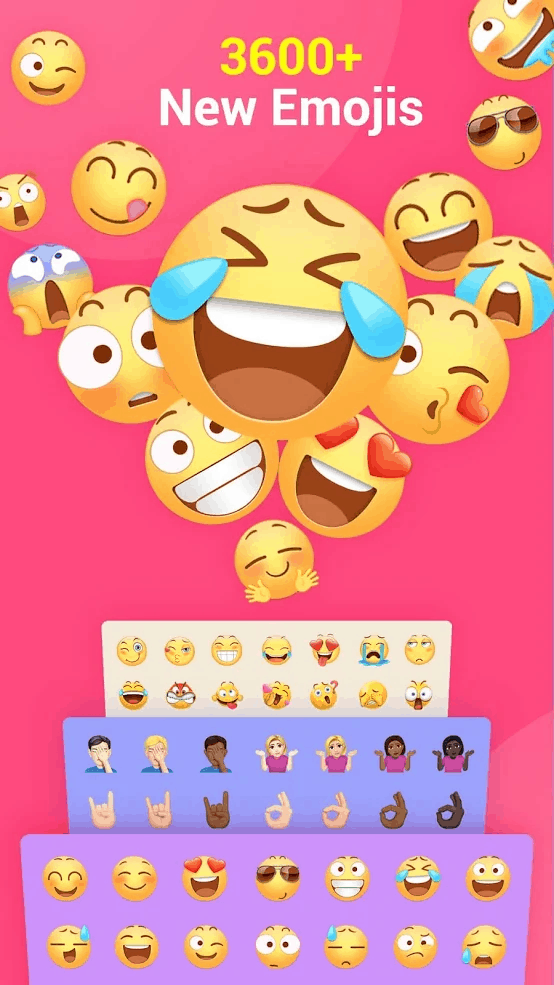 Facemoji Keyboard is yet another quite popular emoji-related app. This is basically your regular Android keyboard with a heavy emoji integration. This keyboard comes with over 3,600 emoji, emoticons, GIFs, and stickers baked into it. You can create personalized keyboard customizations in this application, while themes are also available in case you’d like to spice things up even further. 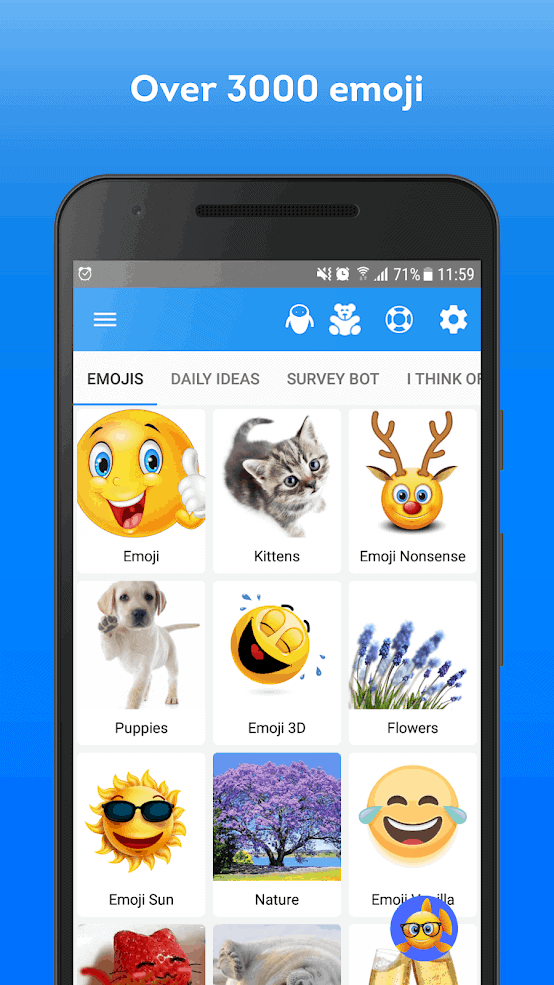 Elite Emoji is basically an app which brings a huge collection of various emoji to your phone. This app contains over 3,000 emoji that you can share with a single touch to WhatsApp or Messenger. You can create your own animated images using this application, while regular GIFs are also a part of the offering. You can search for emoji using a built-in search function, while the app does come with ads. 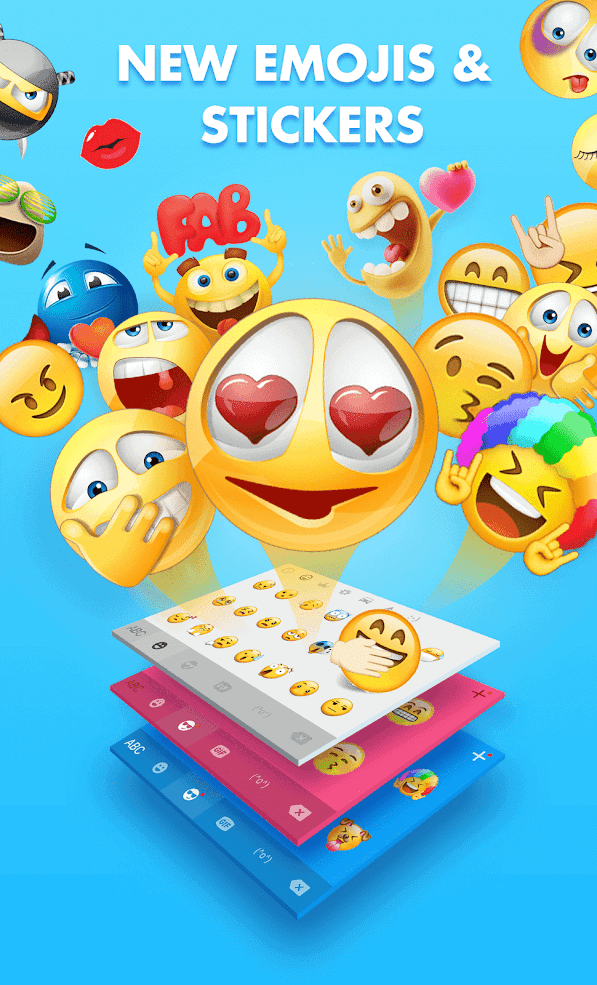 Smiley Emoji Keyboard is a keyboard app with a heavy emoji emphasis. There are over 800 emoji included here, while the keyboard does have a number of additional functions. You can choose between a number of themes when it comes to this keyboard, while the keyboard will also auto-suggest GIFs for you to use. Autocorrection is included, and you can also swipe to type using this keyboard. 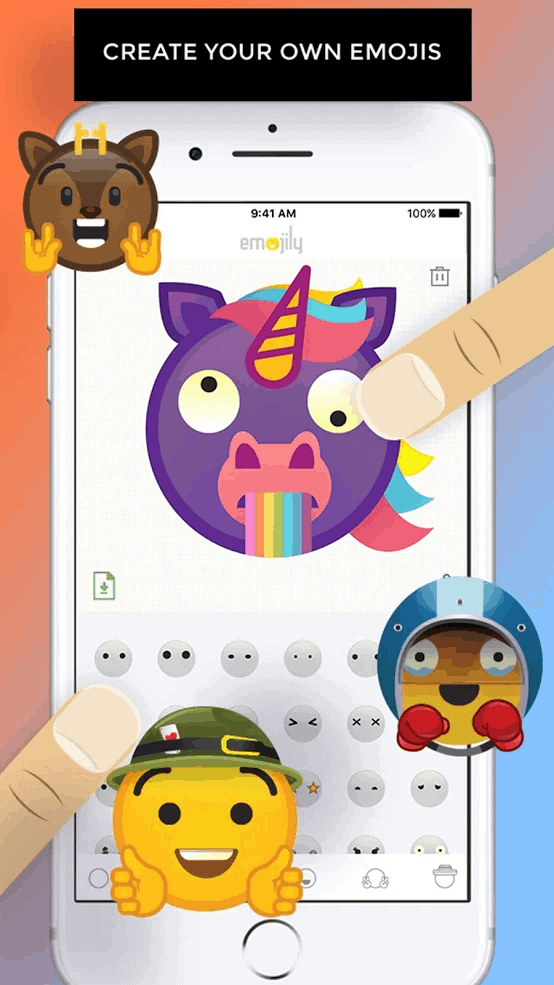 Emojily is an app that lets you create your own emojis and emoticons. You can basically choose from tons of designs that are available in this app in order to create something unique to share with others. You can share your emoji directly to your favorite social networks or via messaging platforms, while this app comes with a built-in keyboard. A search function is built into the app as well, of course. 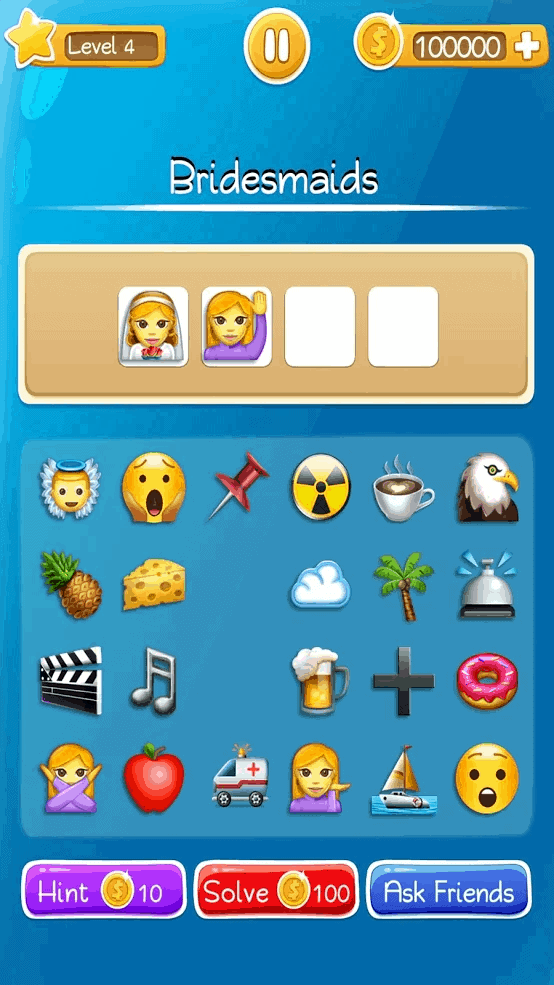 Words to Emojis is basically a quiz game, which is a rather odd concept for emoji, but it works, it’s actually quite a fun game. All you need to do here is guess the emoji that suit the given sentence, and you will get points for that. There are a ton of levels for you to pass in this game, over 1,400, actually, and you don’t need to register or anything of the sort in order to play. You will earn coins as you progress, while you can also watch videos / ads in order to earn them. 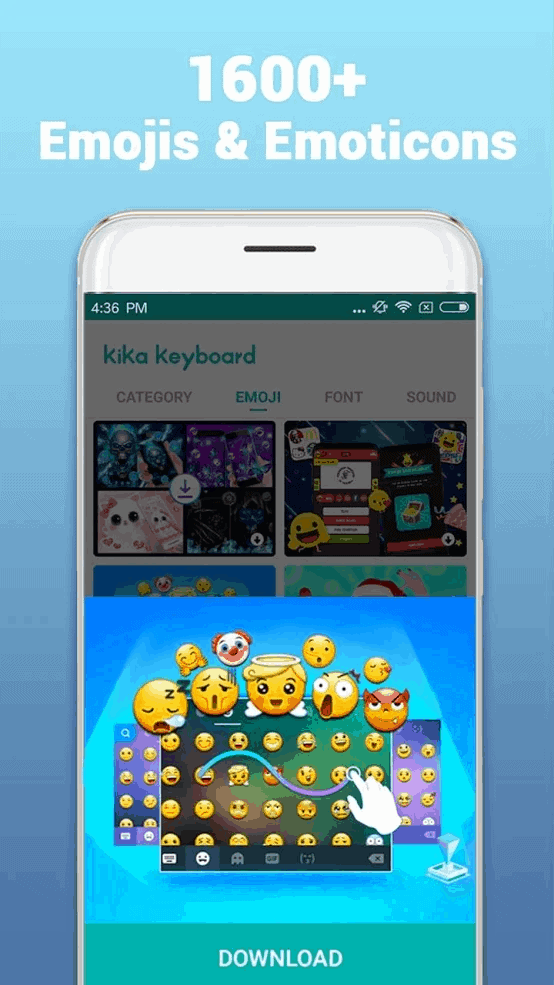 Kika Keyboard is a keyboard app that is quite probably familiar to some of you. This is actually a solid keyboard app on its own, but it comes with a huge emphasis on emoji, as there are over 3,000 emojis and emoticons available in this game. Voice typing is included in this game as well, while you can also select GIFs and stickers to share. Kika Keyboard comes with support for themes as well. 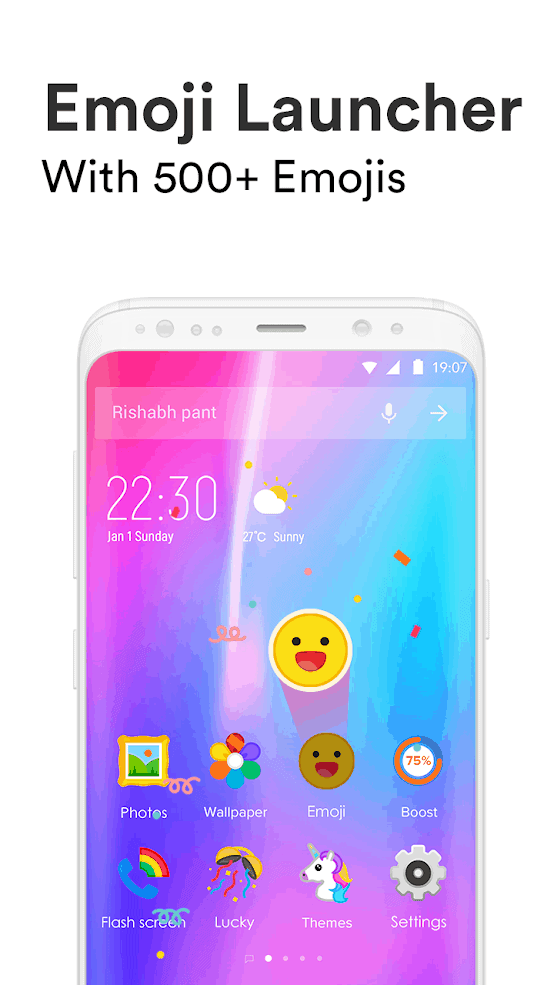 Emoji Launcher is, as its name says, an Android launcher, and the focus is on emoji here, of course. This launcher has almost 200,000 reviews and it holds a 4.6-star rating in the Play Store, while it provides trending emojis, stickers, themes, HD wallpapers, and even call screen themes. ‘Smart Folder’ functionality is included in this app, same goes for ‘Unread Message’ feature, while there are a number of additional features included in this app, it’s not all about emojis. 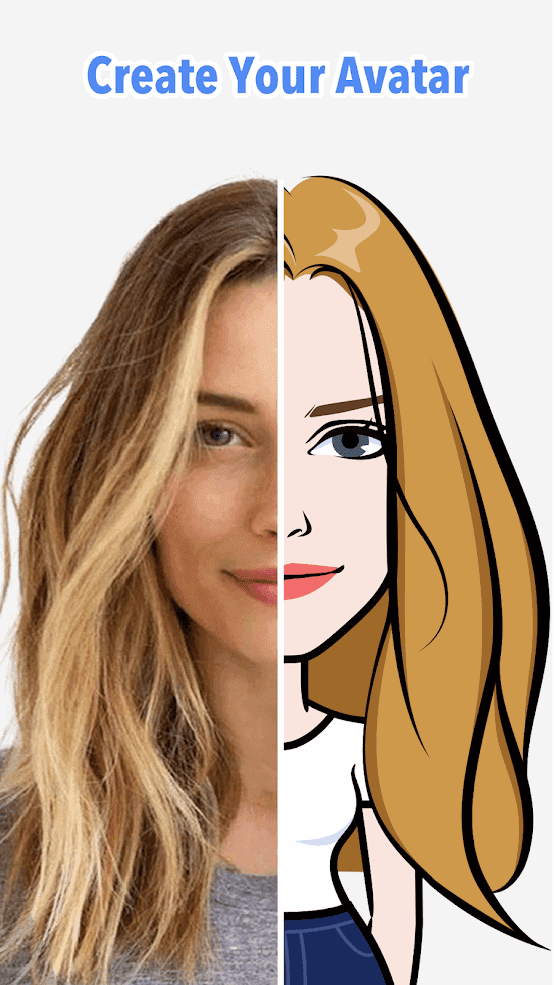 Zmoji is an app that allows you to create your own, personal avatar. You can choose between various clothes, hairstyles, nose styles, and so on, in order to create your personal emoji. Once you do that, you will need to activate a Zmoji keyboard in order to share those emojis. Zmoji can create a ton of various emoji based on the character you’ve created, as some other apps out there, like Bitmoji. 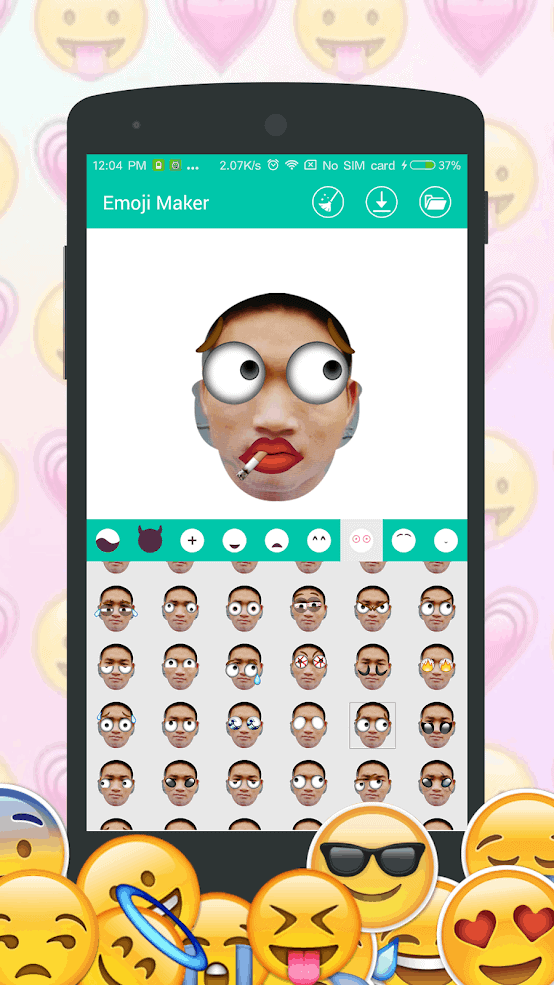 DIY Emoji Maker is yet another emoji app that allows you to create your own personal emojis. This is one of the best-rated emoji applications on the Play Store, and that’s probably because a collection of emoji templates is huge in this app, and everything works as it should. You can also create emojis that are not based on your face, of course, as there are templates for all sorts of emoji available here.