The Fourth of July, i.e. Independence Day is fast approaching for those of you who live in the US, and in the list down below, we’ve tracked down some apps that you may find useful on that specific day. Quite a few of you will probably want to throw some meat on the barbecue, while others will probably just look to enjoy some fun time with your families… or better yet – do both. In any case, we’ve included a number of interesting applications down below, which are not made specifically for the Fourth of July, but they are at the very least bound to be extremely useful this coming Wednesday. 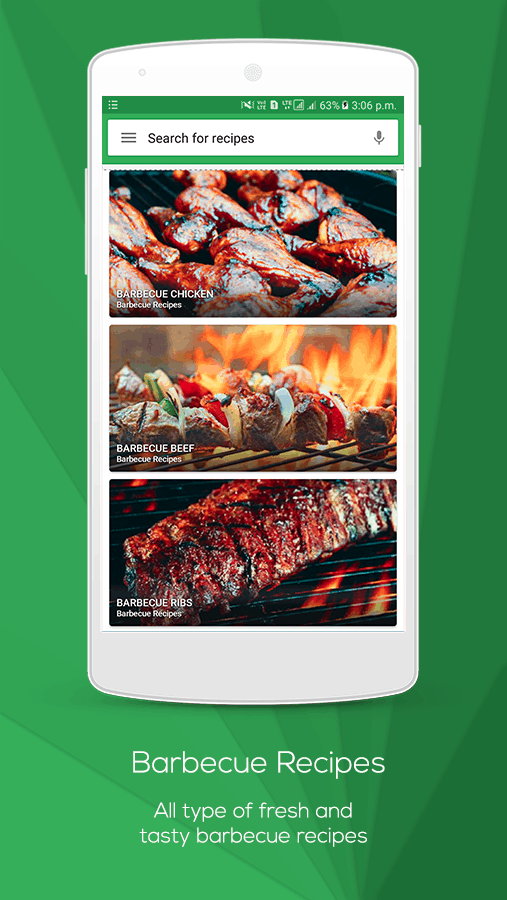 Barbecuing is for many of you an essential part of 4th of July, and in case you need some help with that, or you’re looking to try out new things, the Barbecue Grill Recipes app is here for you. As its name says, this is a collection of BBQ recipes, basically, and all of them are free, as is this app, though there are ads included. Within the app, you will find BBQ recipes for chicken, vegetarian, pork, salmon, shrimp… and so on, while some sauces are also included here. On top of being free, this app also has a rather nice-looking design. 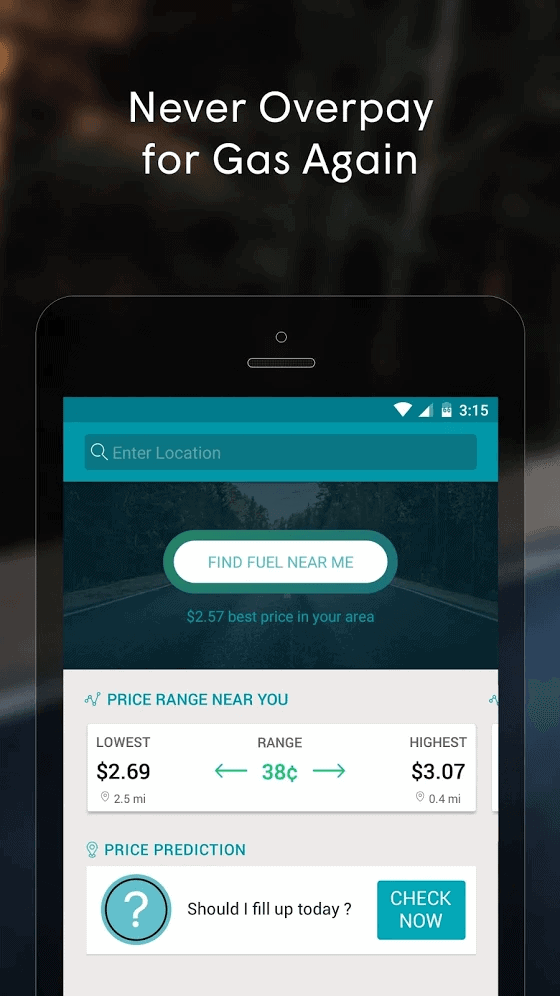 GasBuddy is an app that many of you probably quite familiar with. In case you’re traveling to see your family for 4th of July, you will probably want to find out where are all the gas stations located, and where can you find the cheapest fuel for your car. Well, that’s where GasBuddy jumps in, as this app’s purpose is to do just that, give you a chance to save some money on gas. This app has a community of over 70 million users, and in addition to being free, it also comes with a nice, modern design, though ads are included. 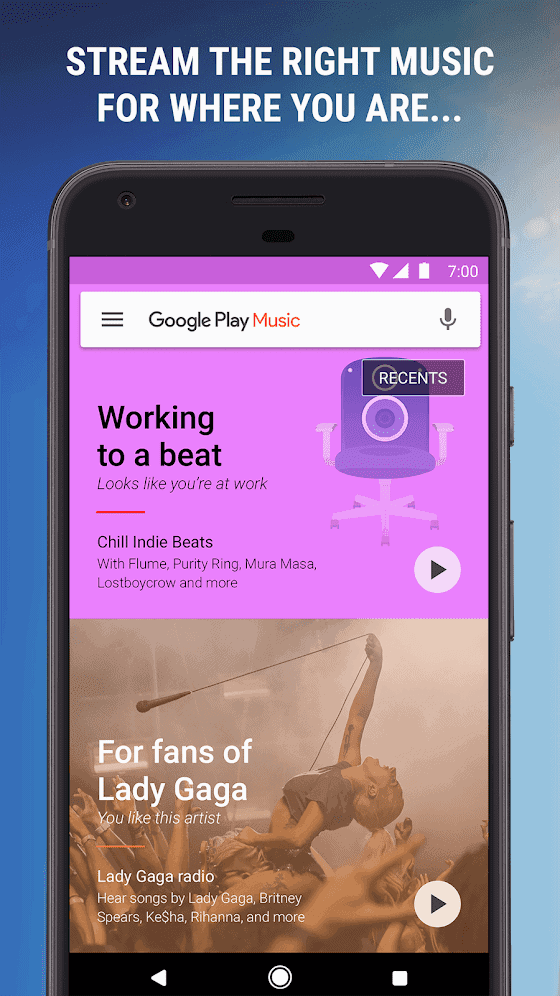 No matter if you’re traveling for 4th of July, or if you’re planning to spend some time at home, it’s a good idea to have a music app available, as chances are you’ll want to play some tunes along the way. Well, the Google Play Music app is, as always, a really solid choice if you have a subscription, or if you’ve updated your pre-purchased tunes to the Google Play Music library. This app can connect to your TV or smart speaker if necessary, and it offers really nice design on top of everything. 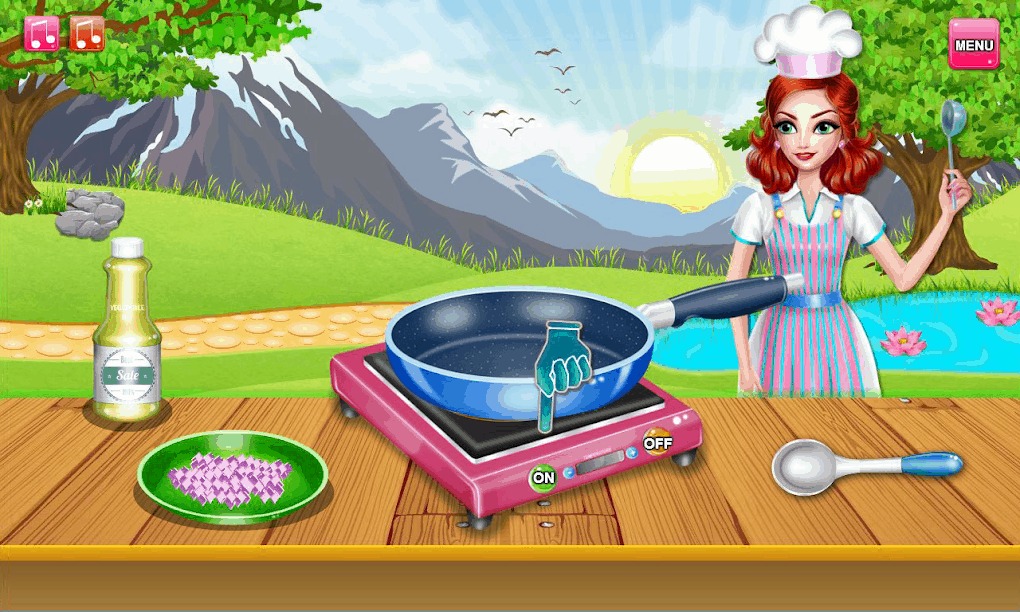 The first app on this list contains some barbecue recipes, well, the ‘Barbecue Chef’ app is completely different, this is a game, and it’s probably more appropriate for your kid than yourself. You can keep your kid(s) busy during 4th of July, just in case you need some rest, just let them play this game and you should be good to go, presuming they’re interested, and chances are they will be if they see your barbecuing. This application is completely free to install and play, though ads are a part of the equation. 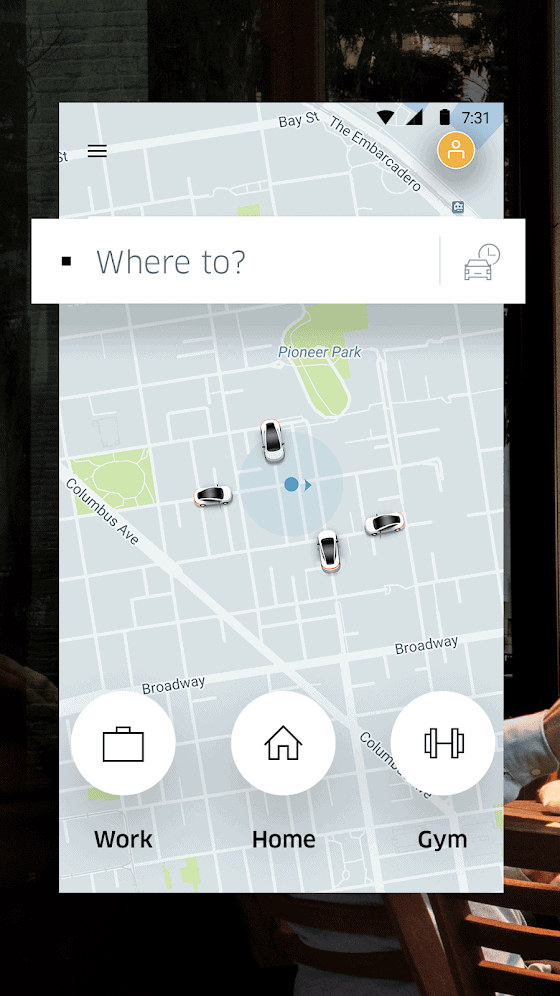 Most of you have probably either used or at least heard of Uber, but this app can be quite handy in case you don’t have a ride for 4th of July. In case you’re planning to spend some time in the city, or something of the sort, and you don’t really like using regular taxis, well, Uber is a great alternative. All you have to do is fire up the app, order a ride via that app, and wait for it to arrive to your location. Uber’s app is free to download and use, and you won’t see any ads in this application. 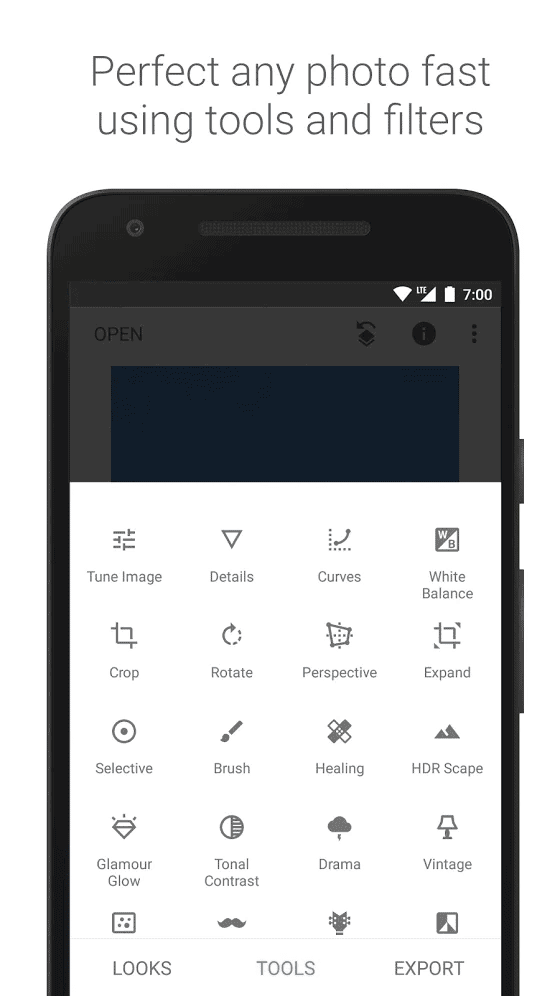 Chances are you will take some pictures during upcoming 4th of July, and some of those pictures will probably need some editing. Well, Google’s Snapseed image editor is a great choice, as it’s really simple, and yet extremely powerful. Snapseed is a free app that you can get as we speak, and it does not contain any ads, but it does contain a ton of tools on the inside, which let you not only to manually tweak images, but it also comes with a ton of preset which are capable of doing all the work for you. 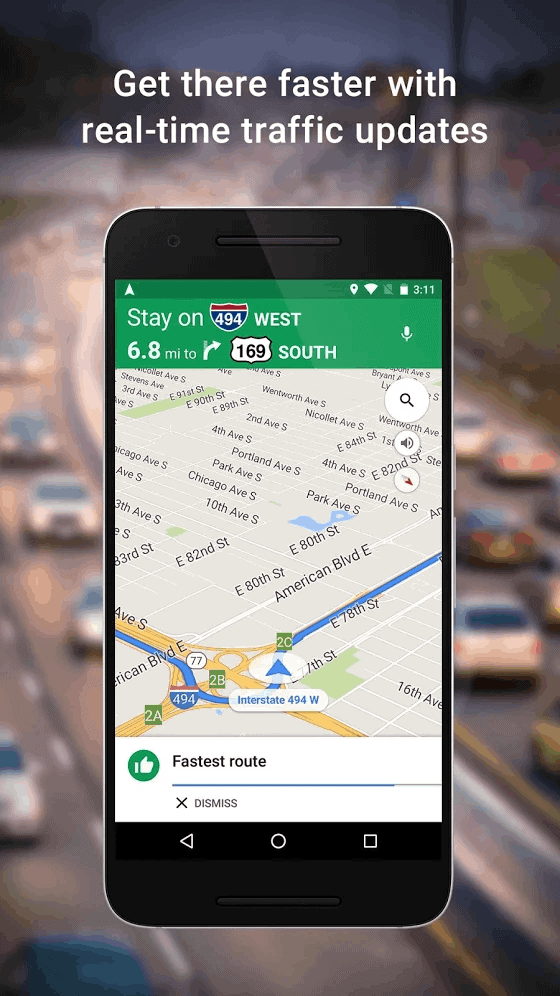 In case you’re traveling on 4th of July, and are not really familiar with the neighborhood you’re traveling to, or you’re not sure how to get there… well, Google Maps app is here for you. Needless to say, this application is completely free, and if you have an Android smartphone, chances are this app came pre-installed on it. Google Maps can help you out not matter if you’re planning on walking around the city, driving, or using public transportation, as all of those options are available. 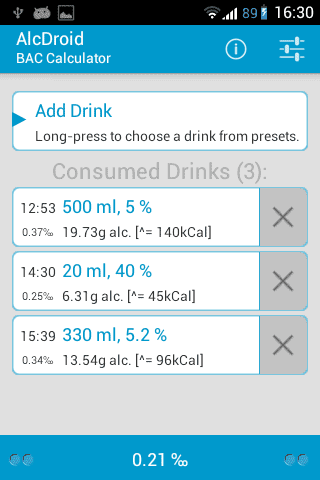 If you’re planning on drinking for 4th of July, and quite a few of you probably will, it may be wise to have an app like AlcDroid Alcohol Tester around. As its name says, this is an alcohol tester app, which can help you out in case you’re looking to find out what’s your current blood alcohol level. Driving is never a good idea if you’re drinking, as you already know, and this app is not entirely accurate, of course, so please don’t drink and drive. AlcDroid is available in both free and paid versions, and a paid version costs about $2. 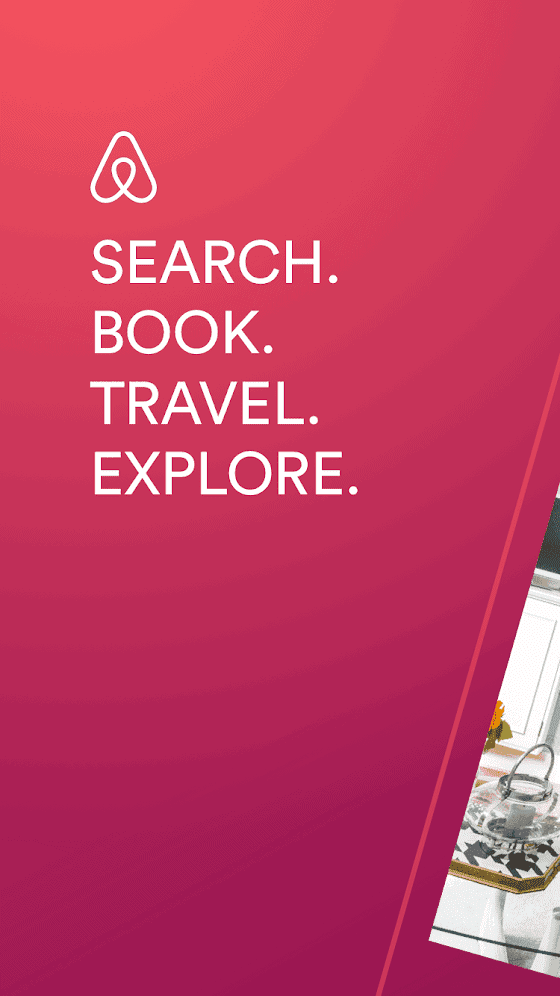 Airbnb is another well-known app, and chances are most of you know what is it about. Just in case you don’t have a place to stay while visiting family, as such gatherings can be quite crowded, Airbnb can help you out. This app will track down a number of places to stay in an area of your choosing, and within your budget. Finding a place to stay is really easy, while you will also be able to see some pictures of said accommodations, and also book it for a number of days with ease. 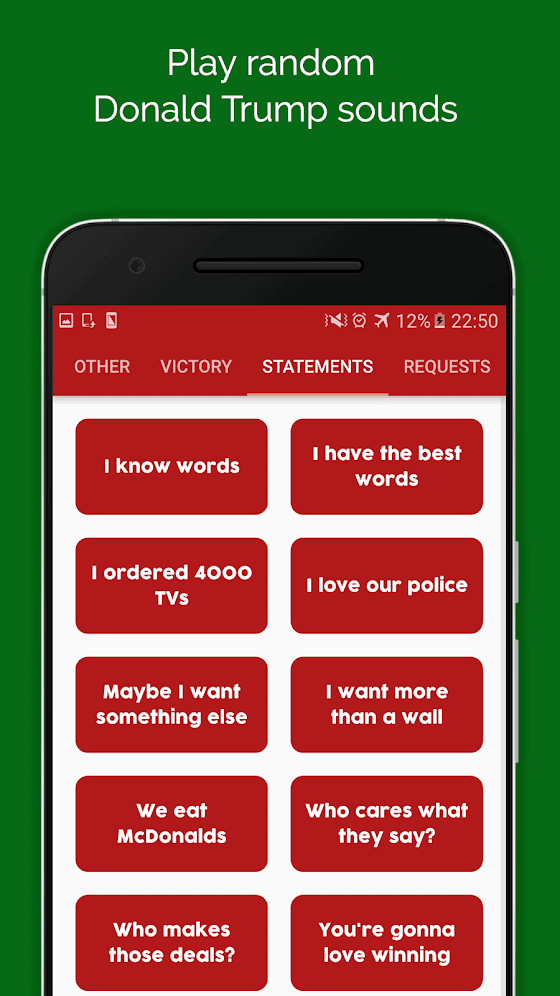 Donald Trump Soundboard doesn’t really have a specifically useful application, as its name says, this is just a soundboard packed with ‘Donald Trump sounds’. Ranging from “China” to “A small loan of 1 million dollars”, this app is packed with words / sentences Donald Trump used once or several times while speaking publicly. You can set any of these sounds as your ringtone, and the app itself is categorized, and it offers a really nice design actually, which is quite surprising considering this is just a soundboard app.