NBA preseason is almost over and a new season will begin. Having said that, if you’re looking for an app to follow what’s going on in NBA season 18/19, or perhaps looking for an NBA-related game, wallpapers or a certified NBA merchandise store, well, you’re in luck, as we’ve assembled a list of our top 10 NBA apps. Do keep in mind that these apps are not listed in a specific order. 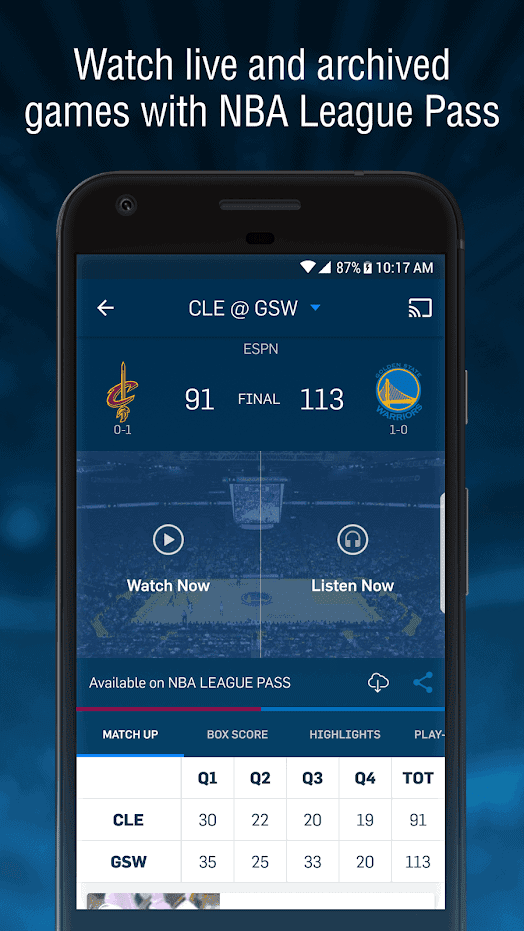 NBA App is actually the National Basketball Association’s official app. This application will provide you with the latest news and videos of your favorite teams and players, while you will also be able to check out game previews and recaps. In-game and post-game highlights are also available inside this app, while the app also offers some personalization. If you own an NBA League Pass subscription, well, you’ll get a ton more content out of this application, including a 24-hour live stream of NBA TV, and so on. 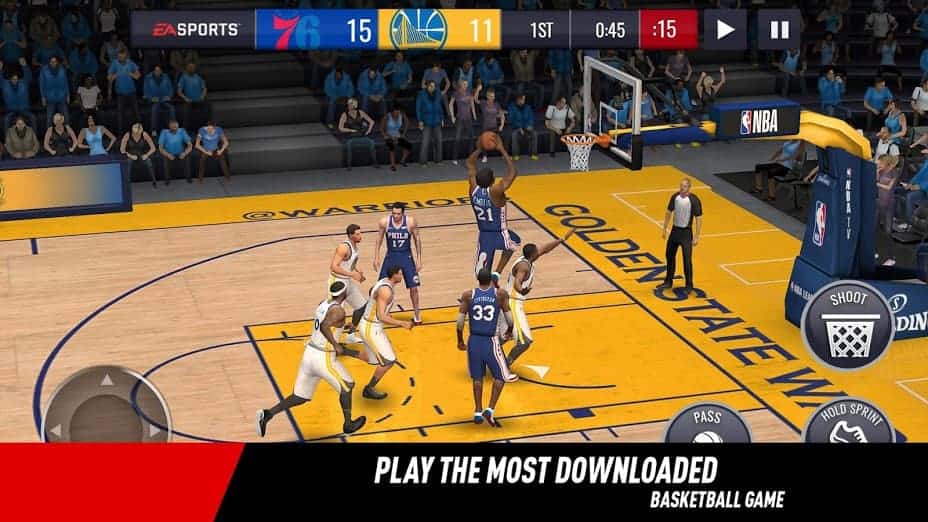 NBA LIVE Mobile Basketball is a game released by EA, and it’s one of the best NBA games available for Android. This game comes with compelling 3D graphics, while you can compete in live events as well, online, of course. The app will require you to have a persistent Internet connection, though, so keep that in mind. You can level up your players in this game, while a number of additional options are available. 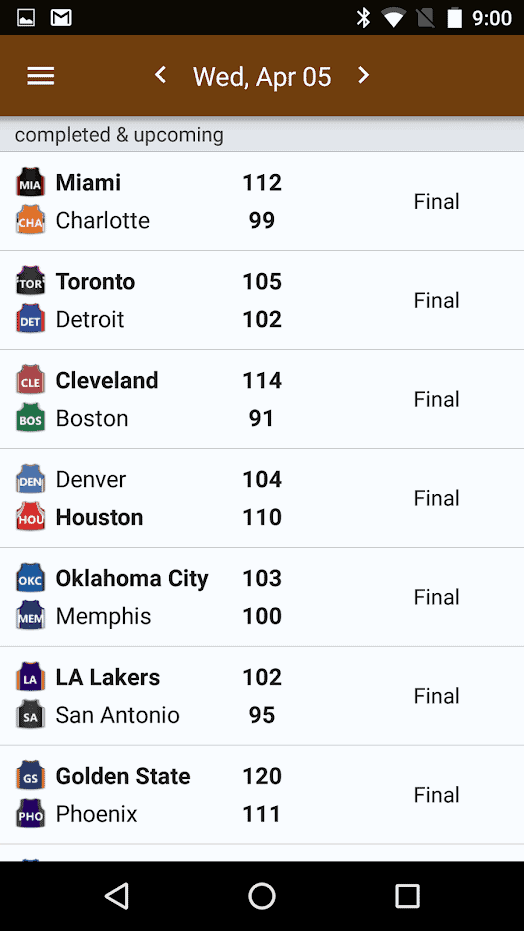 Sports Alerts app has been available in the Play Store for a long time, and this is basically an NBA Edition of that app, as its name says. The goal of this app is to keep you updated when it comes to NBA scores, you will be provided with fast alerts, and alert history, while the app offers plenty of configuration. You can get live play-by-play info via this app, while a live scores widget is available as well, and it is being updated every minute. 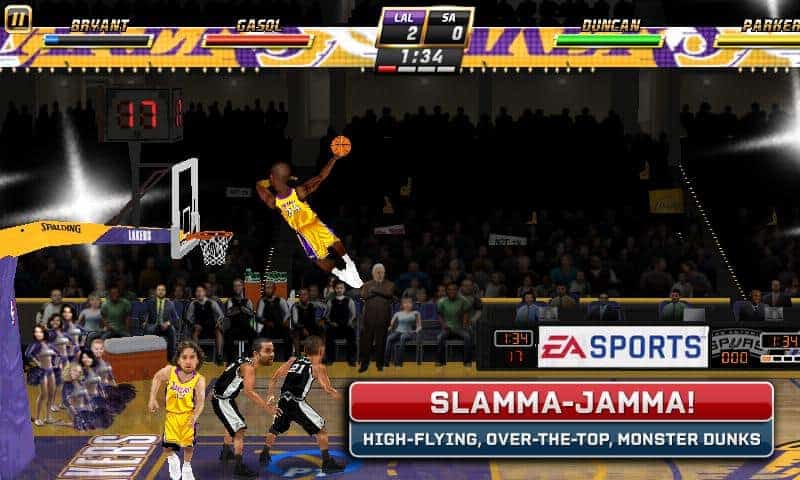 NBA JAM is another game by EA, but this game is vastly different than the one we’ve already talked about. NBA JAM is a pure arcade game, and its focus is purely on fun. You can play head-to-head against a friend, enter an online multiplayer game, or simply play against a computer. This is an over-the-top game in which you’ll be flying, literally, and it’s also worth noting that the game is available for Android TV as well. 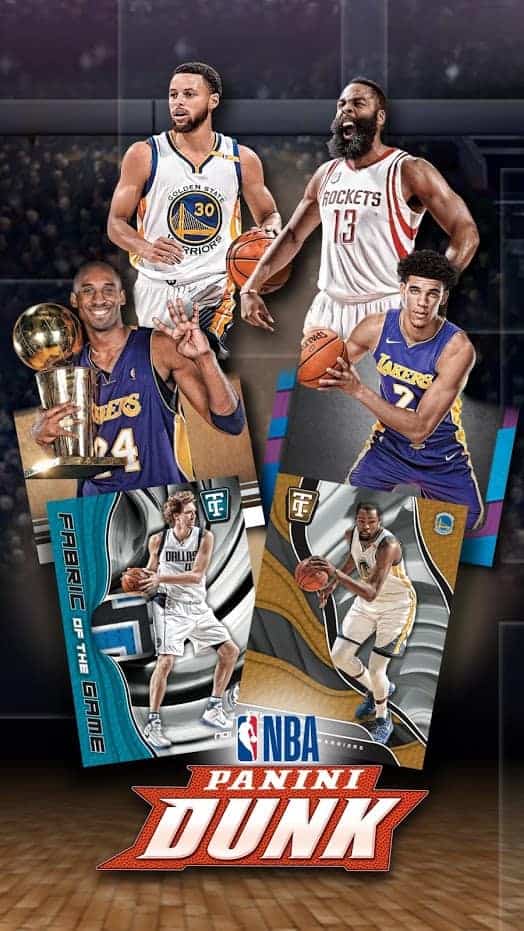 NBA Dunk is an NBA trading card game, which is something that some of you probably didn’t even know existed. As with any other trading card game, you’ll need to collect, trade, and dominate your opponents using those cards. This game comes from Panini, and all the licenses are here. You can trade up to 16 cards at a time, while you’ll also get free coins every day, and earn free packs as well. 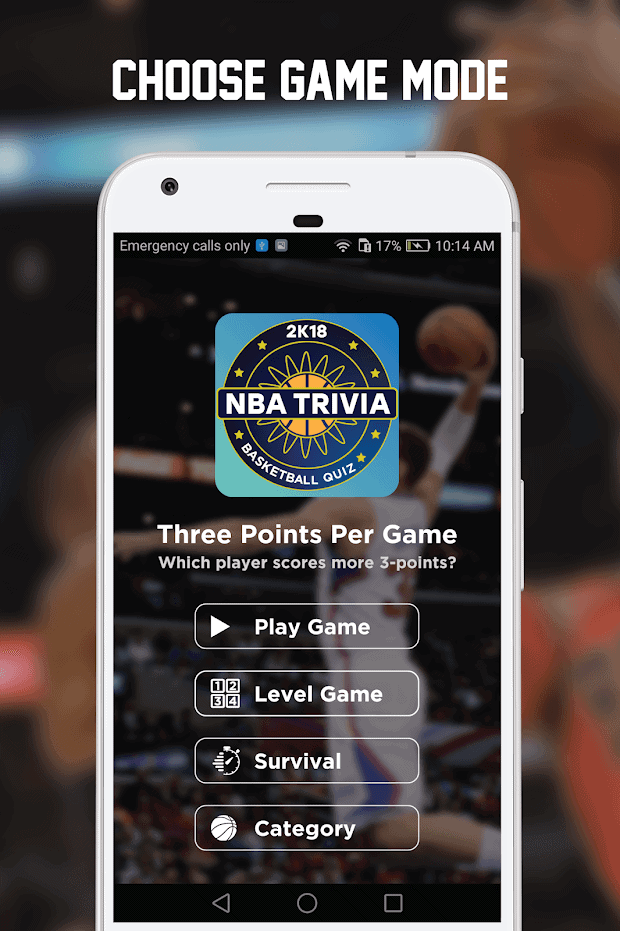 Basket 2K18 is an NBA Trivia app. There are four modes that you can choose from in this game, play game, level game, survival, and category. There are a ton of levels that you can play through, while you will be met with NBA-related questions, of course. For example, can get a question like “Who is better in freethrow shots?” or “Who scores more per shot?”. The app is free to play, but it comes with ads. 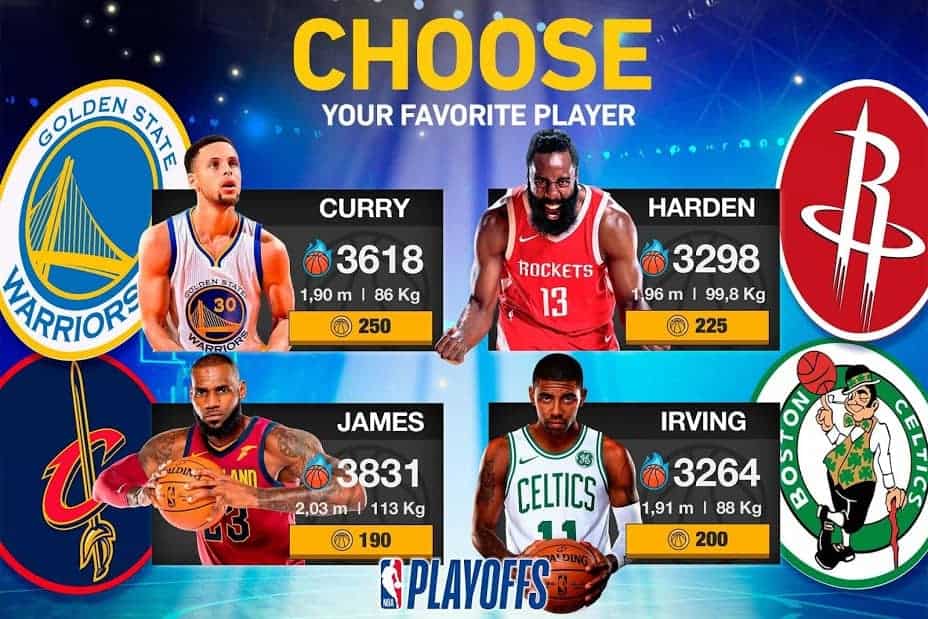 NBA General Manager 2018 is, as you may have guessed, a basketball coach game, which is focused on NBA. You will be required to manage your franchise, lead and coach a professional basketball team. This app comes with all the necessary licenses, while there are a ton of options available in the game. You will be able to sign and trade players, coach rookies, and lineup a team, and so on. 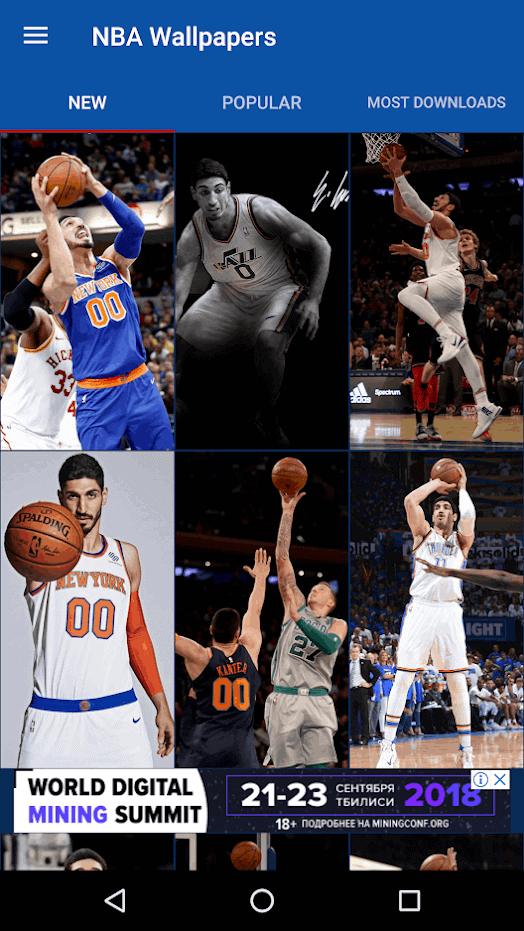 NBA Wallpapers app is one of the best NBA wallpapers apps out there. There are a ton of HQ wallpapers included in this app, and you can either apply them, or download them to your device. All of these wallpapers are completely free, and the app is also well designed, it puts focus on images, and stays out of your way. The app is currently holding a 4.9-star rating in the Play Store, after over 50 ratings. 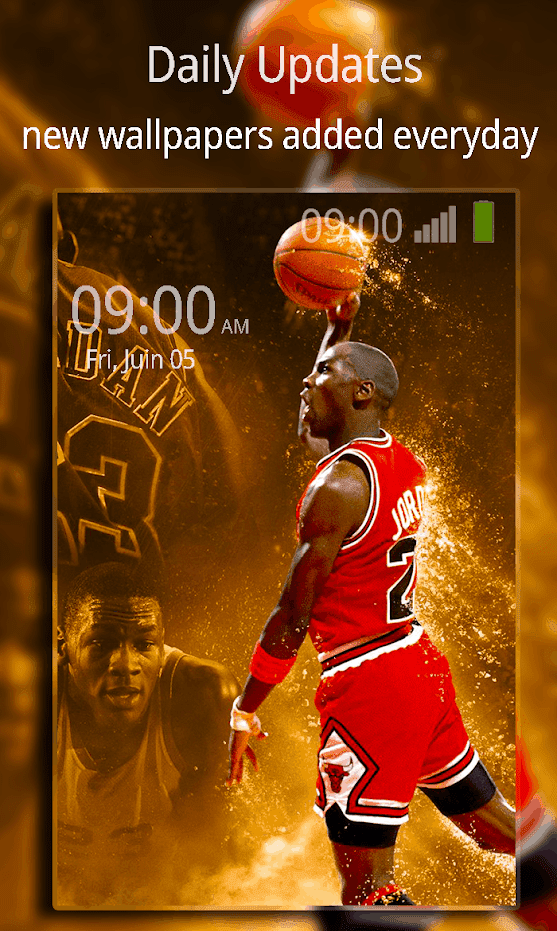 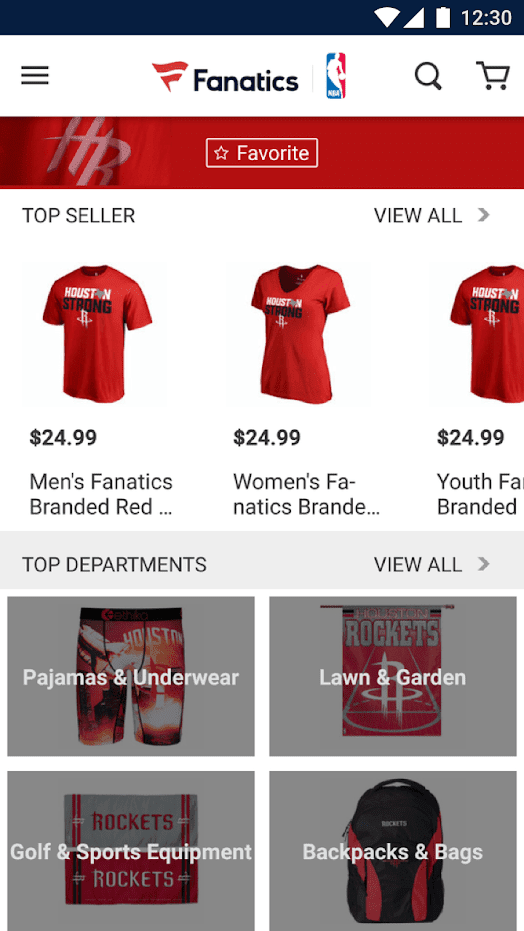 Fanatics NBA is an app which will give you access to the Fanatics NBA Store, just in case you’re looking to purchase some NBA goodies. Fanatics store has a large collection of officially licensed NBA merchandise, and you can even personalize this application to show you only goodies from the team(s) you support. Various discounts are usually available here, and the app does not come with ads.