Politics is not for everyone, that’s for sure, but in case you are interested in politics, there are some Android apps available out there. Truth be said, there aren’t many politics-related applications available in the Play Store, at least not those worth noting, but we did our best to select 10 apps from those that are available, just in case you’d like to know more about politics, stay informed, or get involved, perhaps. Apps that are listed down below are not sorted in any specific order, so keep that in mind before you check them out. 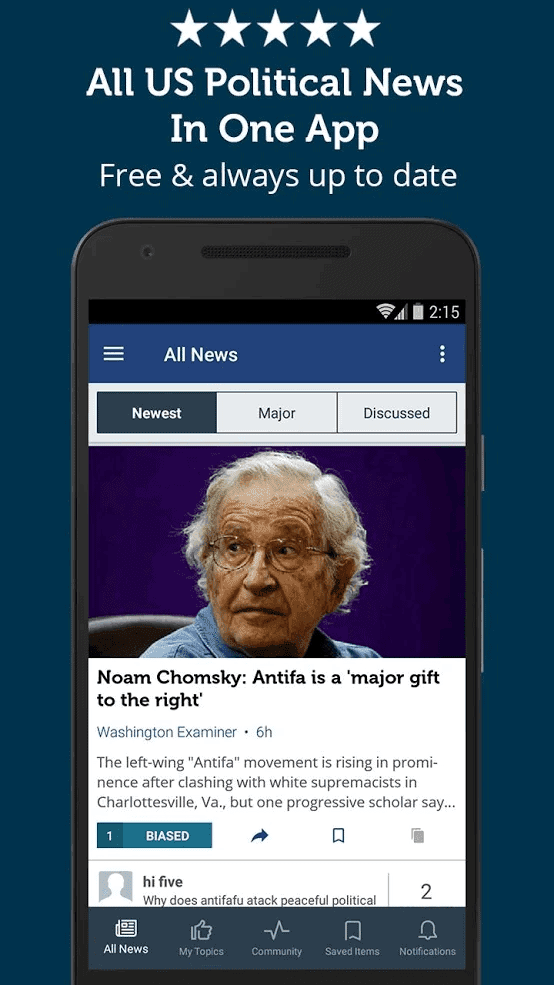 The name of this app is kind of self-explanatory. Using US Politics News, you can stay informed on politics-related topics, as this is a news app of sorts. This app does its best not to repeat stories, while push notifications are enabled in the app. You can choose your favorite topics in this application, or block topics that you are not interested in. The app comes with a built-in ‘Read Later’ feature, and a wide political video channel is also available to you, curated from YouTube. The design of the app is also not that bad compared to most other political apps out there. 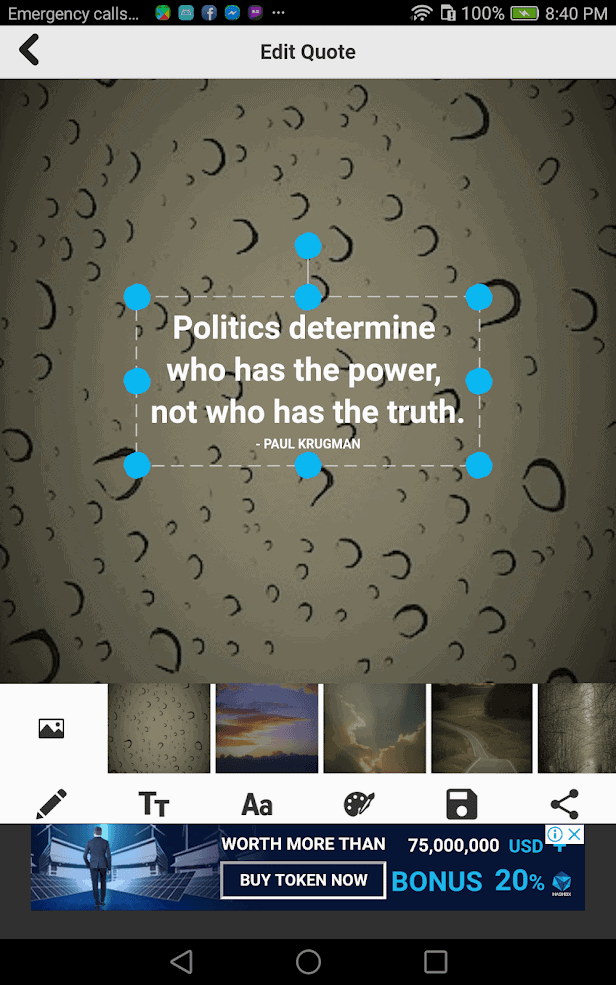 If you’re on the lookout for some politics quotes, well, ‘Political Quotes’ app may be just right for you. This app not only contains a wide variety of political quotes that you can use, but its design is also eye-pleasing. There are two views available to you inside this app, summary and single quote views, while you can search fact with ease thanks to the app’s built-in search functionality. You can save your favorite quotes inside of this application, while you can also edit quotes with a built-in editor, which allows you to change the quote’s background, edit text, and so on. 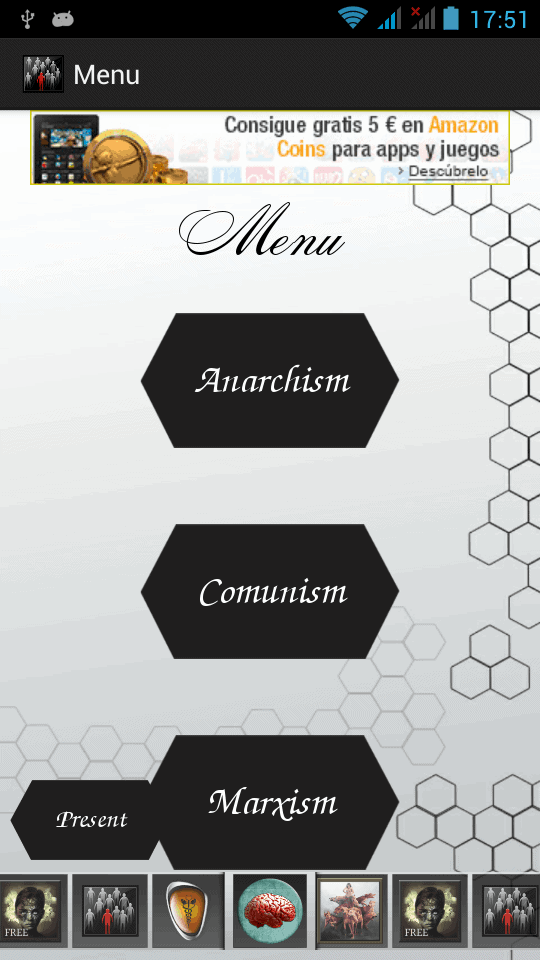 In case you’re interested in Politics, but are not well-versed when it comes to political terms, practices, and politics in general… well, an app called ‘Politics’ may be able to help you with that. This application comes with a database of various different political trends, and explanations are included in the package. For example, if you’re interested in knowing more about communism, this app can help you out without a problem. It’s also worth noting that this app comes with a built-in forum where you can discuss politics-related topics with people from all around the world. 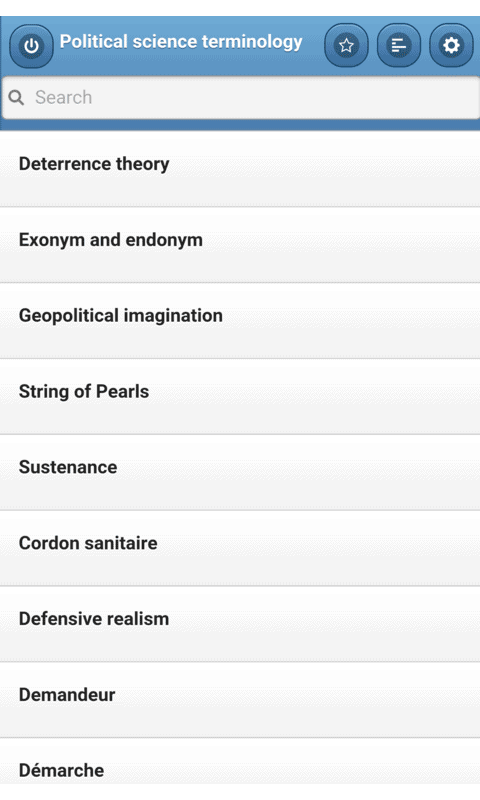 Political Science Terminology has a similar purpose as the ‘Politics’ app that we’ve talked about, but it has a somewhat different database that you can explore. Detailed explanations for various terms are available inside of this application, while the app also comes with built-in search, for your convenience. The app’s design is not the most modern, but it’s quite functional, that’s for sure. This app contains ads, but it’s completely free to use, and it’s one of the highest-rated politics-related apps in the Play Store. 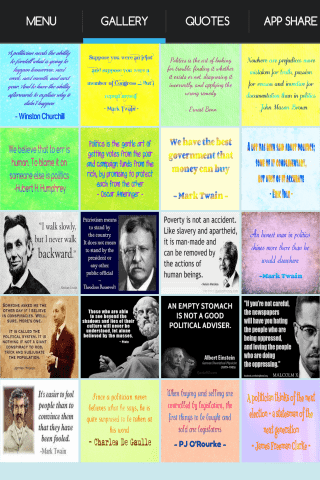 Political Campaign Strategy app’s goal is to help political parties plan and execute their campaigns, while you can also learn quite a bit about campaigning from this application. The app contains a campaign plan and strategy, candidate workshop, political quotes, political quotes gallery… and a number of other aspects. The developer notes that various content, like articles and pictures, have been collected from all over the Internet, while ads are included in the app. The design of this app is not the most modern, that’s for sure, but the app can come in handy. 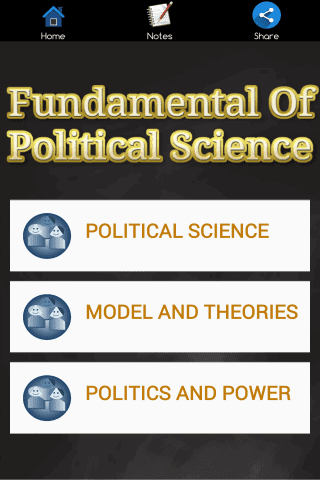 This application focuses on the theory and practice of government and politics, and it does that on the local, state, national, and international levels, so there’s quite a bit of info you can get from this application. It can help you better understand institutions, practices, and relations in politics. Truth be said, the design of this application is not exactly modern, in any way, but the app is somewhat functional, and the point is, you can access all that content without a problem. 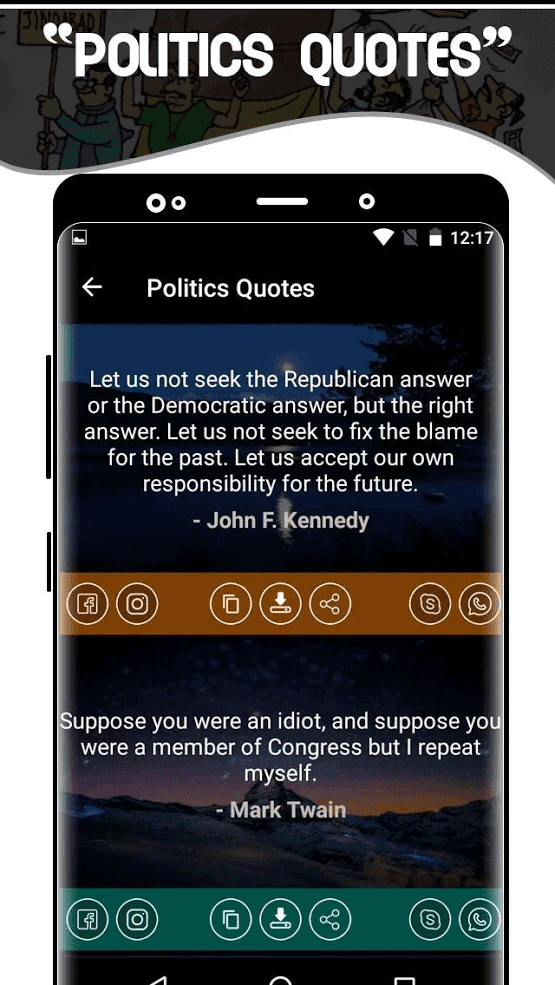 Politics Quotes is the second app on this list that brings you political quotes, and this is actually a rather new app. The app was released a couple of months back, and it’s still on version 1.0. This app’s design is much better than the design of some other apps on this list, but it’s not exactly fully modern either. In any case, you will find a ton of political quotes inside of this application, while the app contains ads. You will need at least Android 4.0.3 in order to fire up the app. 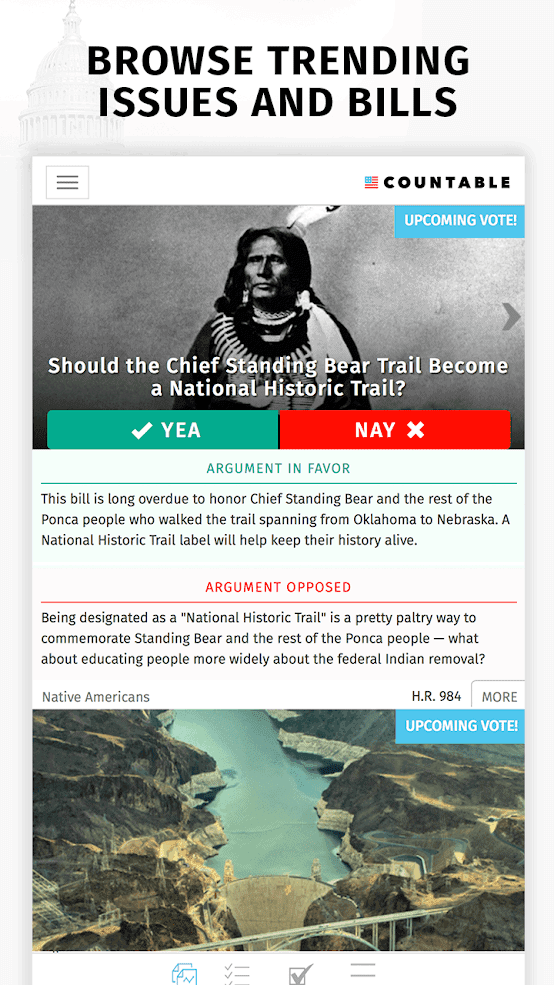 Countable app brings you short summaries of House and Senate Bills, and explains how all that impacts you. This app will also reveal how much the legislation costs, while you can also join the debate available inside the app. You can vote on bills by clicking ‘Yea’ or ‘Nay’, though this app’s main goal is to keep you informed and teach you a thing or two about politics. Ads are not a part of the experience, in case you were wondering. 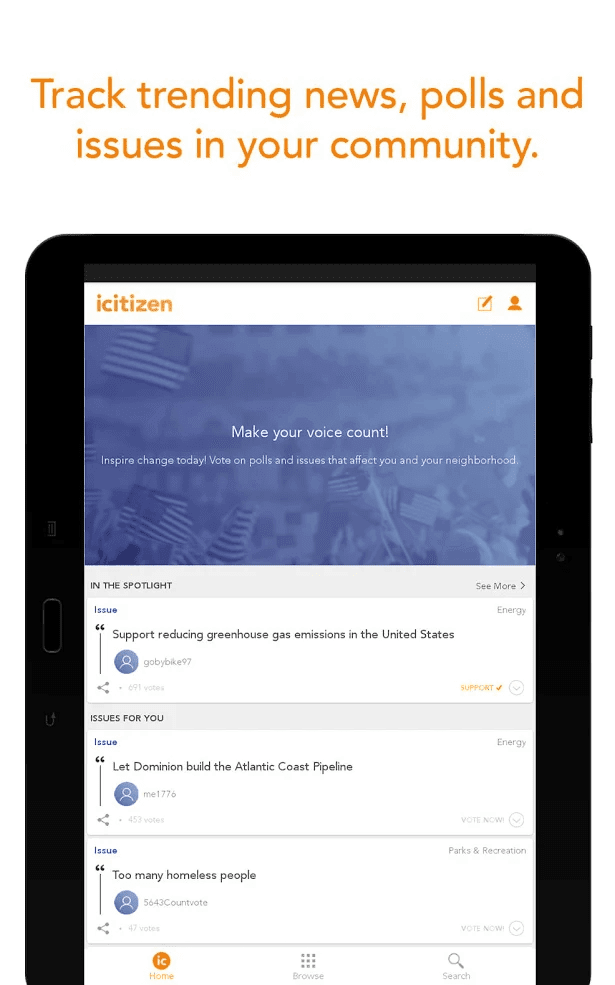 icitizen app allows you to vote on issues that are affecting your community and your government. This app’s goal is to connect you to your community and elected officials, and in the end, allow you to weigh in on polls and issues that you care about. You will also find various news pushed your way via this application, while the design of the app is not bad at all, it’s more modern than the vast majority of other apps from this list. This app does not support ads. 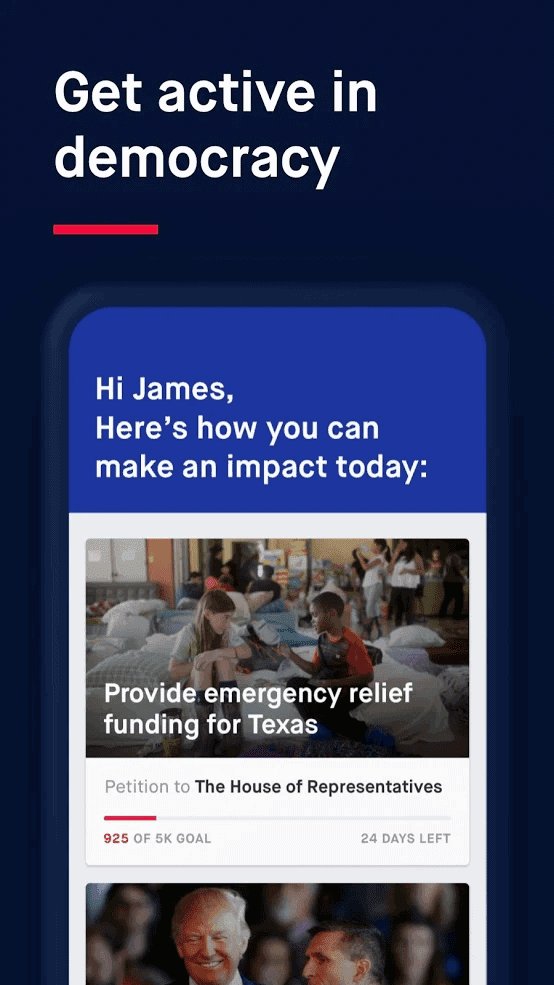 Brigade is an app that also allows you to state your opinion on various subjects, from taxes to climate change, while you can also see where your friends stand on some issues as well. This app will also help you stay informed on what the Congress is and is not doing, while you can also sign various petitions via the app. The app’s design is quite functional, while ads are not a part of the experience at all, in case you were wondering, this app is completely free to download and use.