The French Open is well underway and Wimbledon is set to start in just a few weeks, running from July 2 through July 15, making this the perfect time to head over to the Google Play Store for the latest tennis-related applications to help you keep up with the action. Of course, there are plenty of other great Android apps for those tennis fans not content with just sitting back and watching the sport. Bearing all of that in mind, below you’ll find a current list of the best, top-rated applications designed for Android users who love tennis. 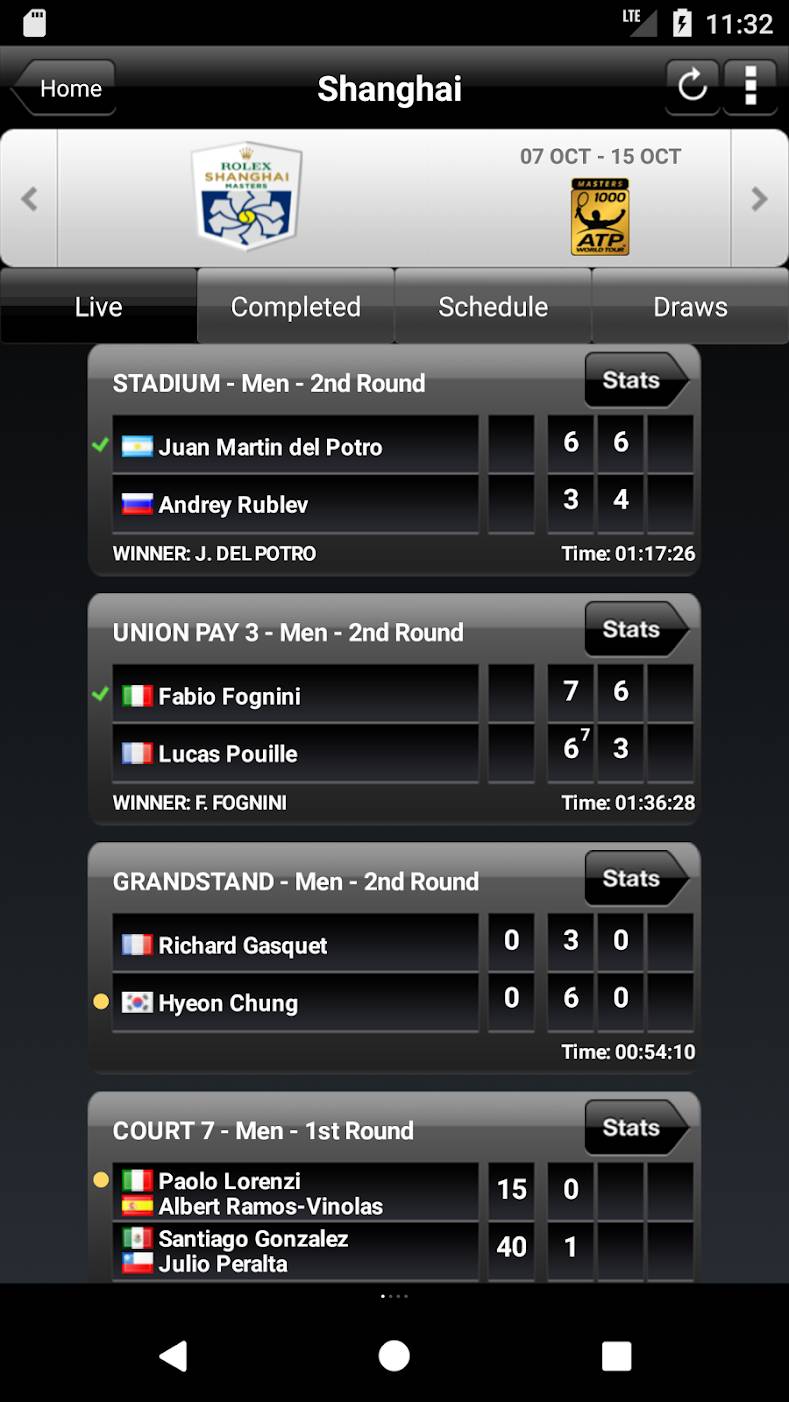 One obvious starting point for any fan of Tennis is the official Android app for The Women’s Tennis Association (WTA) and its The Association of Tennis Professionals (ATP) counterpart. ATP/WTA Live fills that role for the associations and provides users with live scores and match statistics in more than 15 languages, as well the current order of play and draws. Of course, the range of stats also includes current rankings for any associated tournaments – not including Grand Slam events which are affiliated with the International Tennis Federation – and the players themselves. Despite the somewhat outdated U.I. of the app, it’s easy to use and there’s a lot of great information available inside. 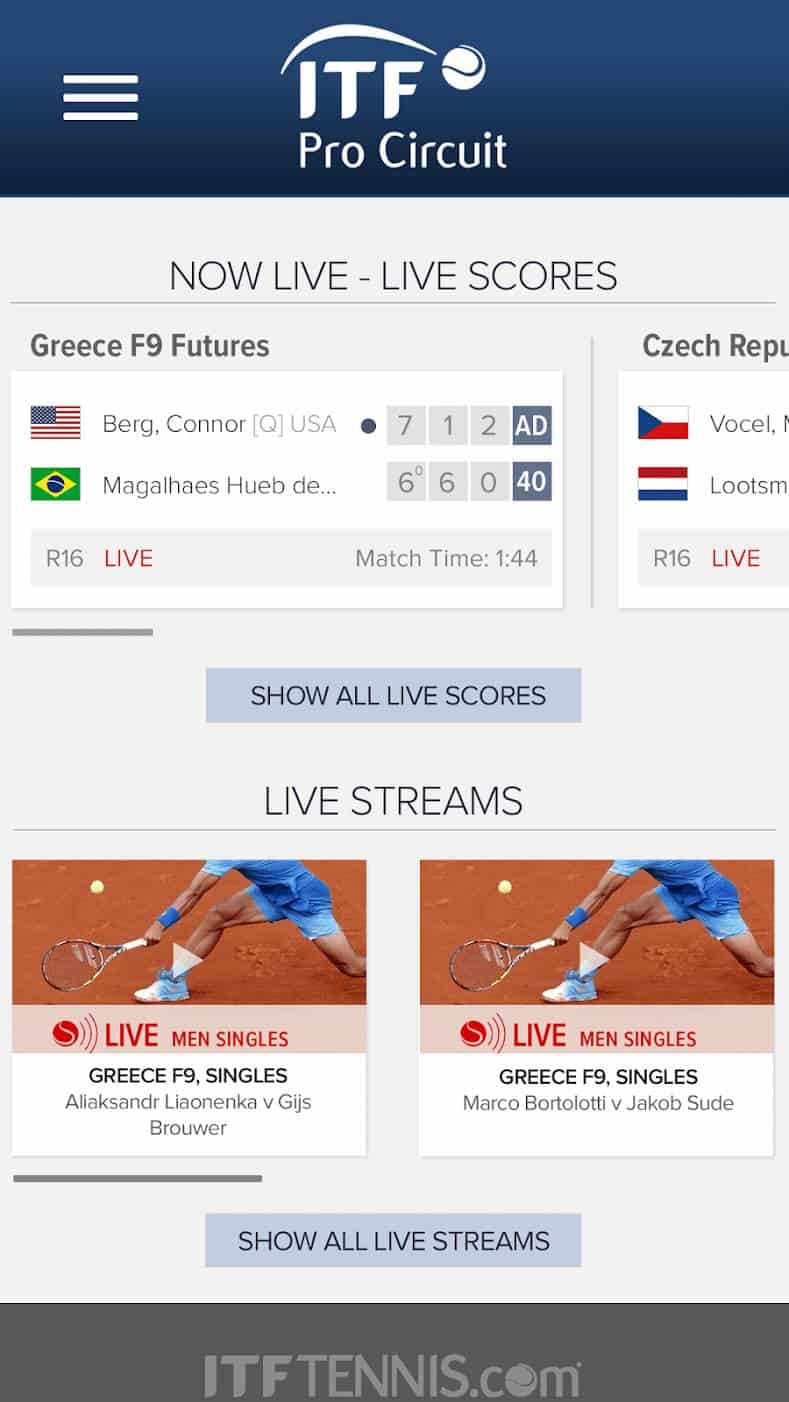 For fans who want to focus their attention on the sport’s ITF Pro Circuit tournaments, including Grand Slam events, the International Tennis Federation has its own app called ITF Pro Tennis Live Scores. The official ITF application is similar to the one used by the WTA and ATP but follows the more 1200 pro tournaments that make up the association’s circuit. It also includes links to live streams for key matches and provides point-by-point match updates. What’s more, detailed statistics related to a match’s players, including head-to-head records and player biographies, are included for every match. 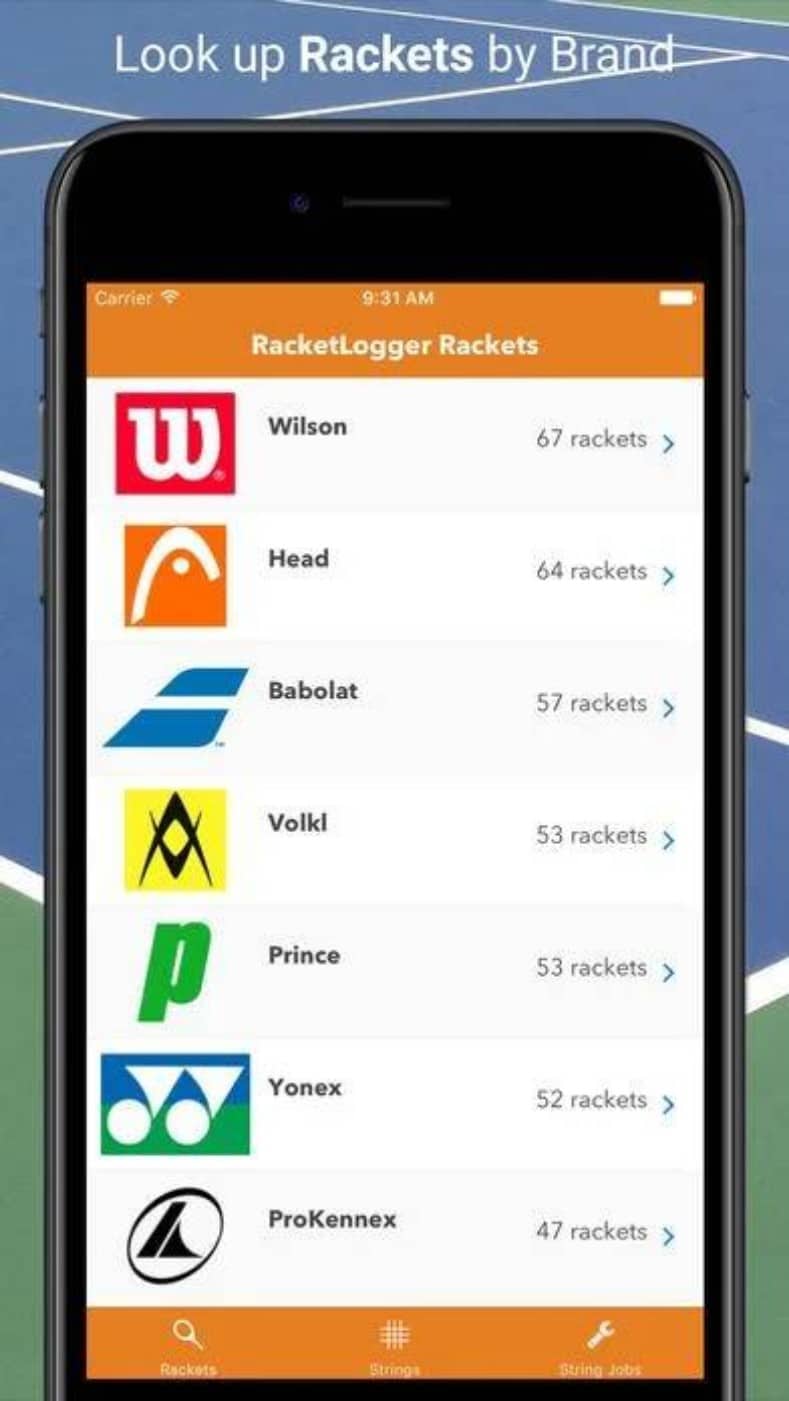 RacketLogger is a database tool built to help Android user’s find information on rackets and racket strings. Among other things, it’s primary purpose is to act as a repository for the latest innovations in the most important equipment to the sport. That lets players keep themselves and their equipment up to date. However, it also acts as a racket journal, providing for easy tracking of a player’s racket setups. That’s bound to be useful for any fan of tennis who wants the latest information about the topic or for players who want to keep better track of multiple setups. 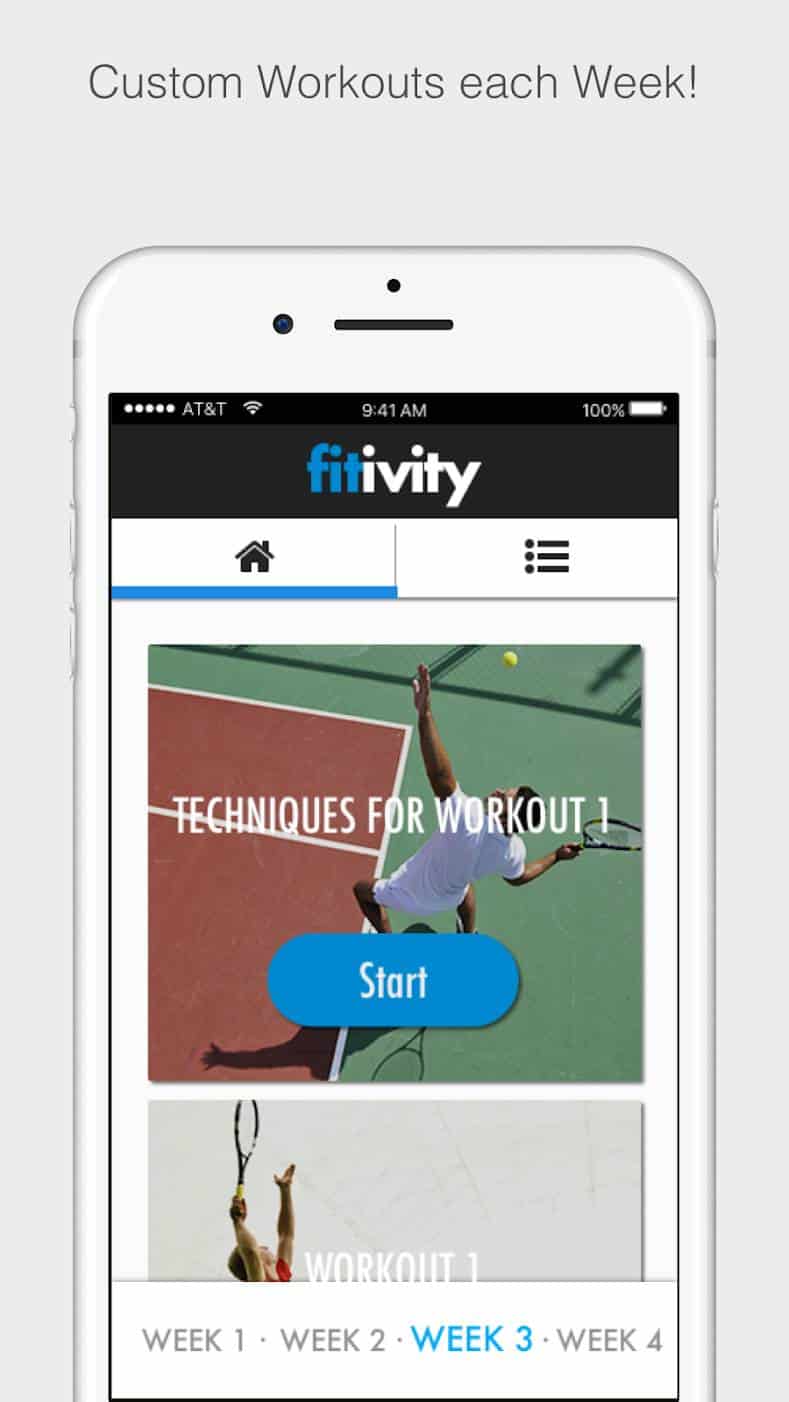 Although the finer points of the game typically take years to learn, Tennis – Pro Training for Advanced Players can make things easier for those who already know the basics with explanations of common training exercises and techniques. Those are split into categories ranging from technical exercises to physical warmups and users as able to set up their own routines. As any sports enthusiast can affirm, repetition is an important aspect of learning to play any sport. While there’s no substitute for actually playing a match or two against a worthy opponent, the training on offer with Fitivity’s app is a great place for anybody to start pushing their skills to the next level. 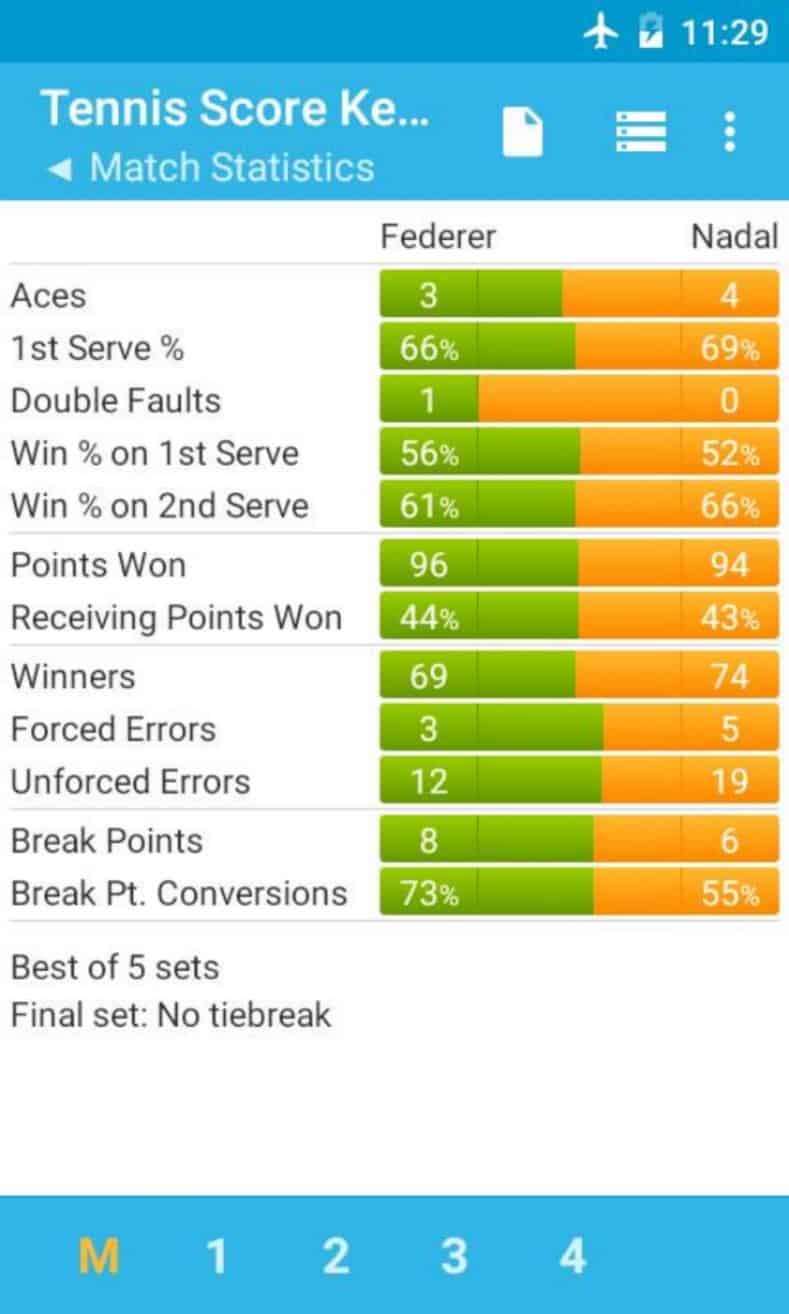 It’s not always easy to keep score while taking part in an intense match but with Tennis Score Keeper, Android users can easily track their own scores and more. Aside from the straightforward score tracking, the app also includes a timer for matches. A notification will sound to signal changeovers, allowing users to keep play within specified time constraints. Moreover, matches are saved in order to give users a chance to go back and analyze their game to see where they might have performed better. 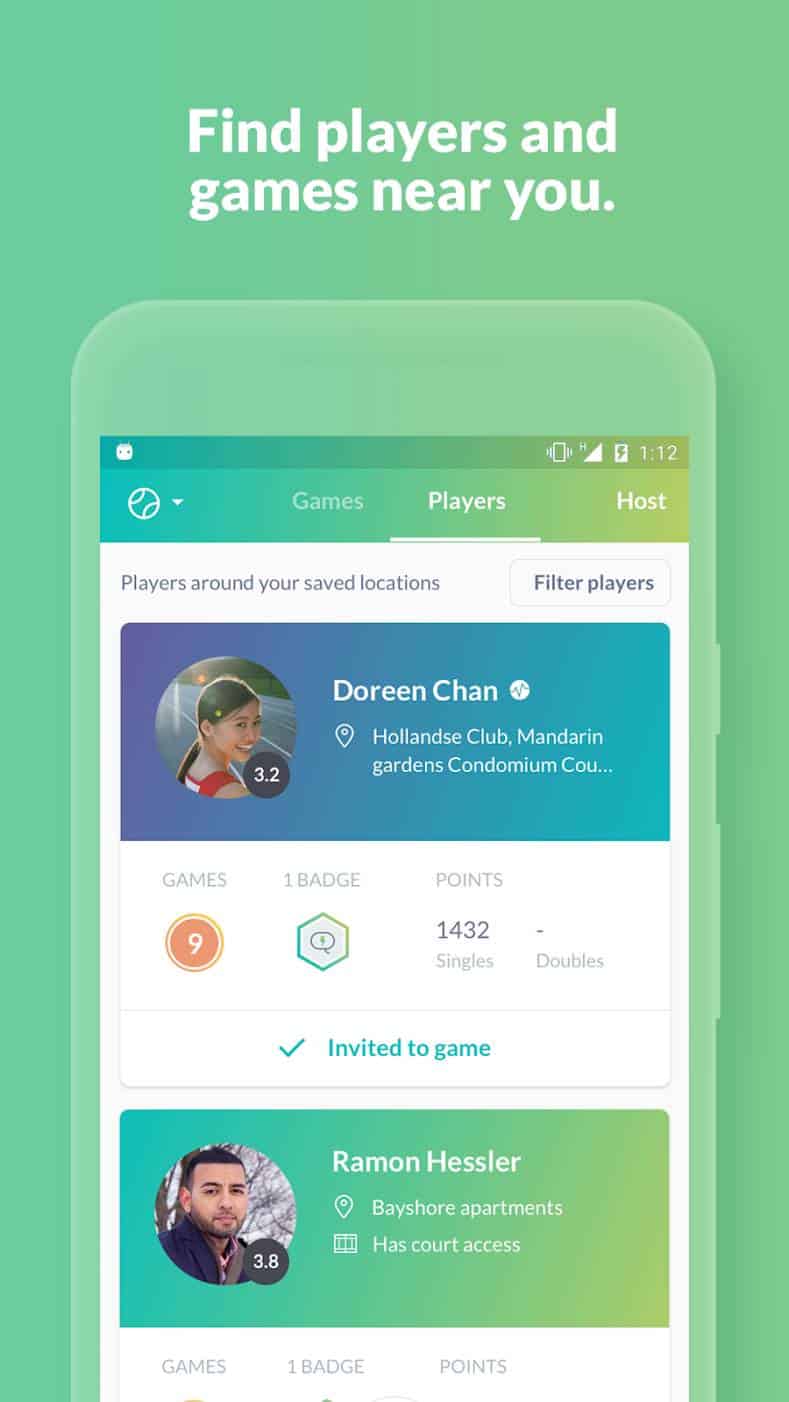 For help finding other real-world tennis players for a match, Rovo – Find Sports Buddies is one app that any tennis fan is going to want to download. The application effectively uses location services to direct users to local tennis courts. It also helps find local areas for playing other sports such as Tennis, Badminton, Squash, Table Tennis, Basketball, Football, Soccer, Cricket, Volleyball and more. Better yet, users are able to connect with other players or coaches to meet up and play a match, set up a tournament, or train. Plus, it includes an assessment tool to help users determine their skill level and areas where they need improvement. 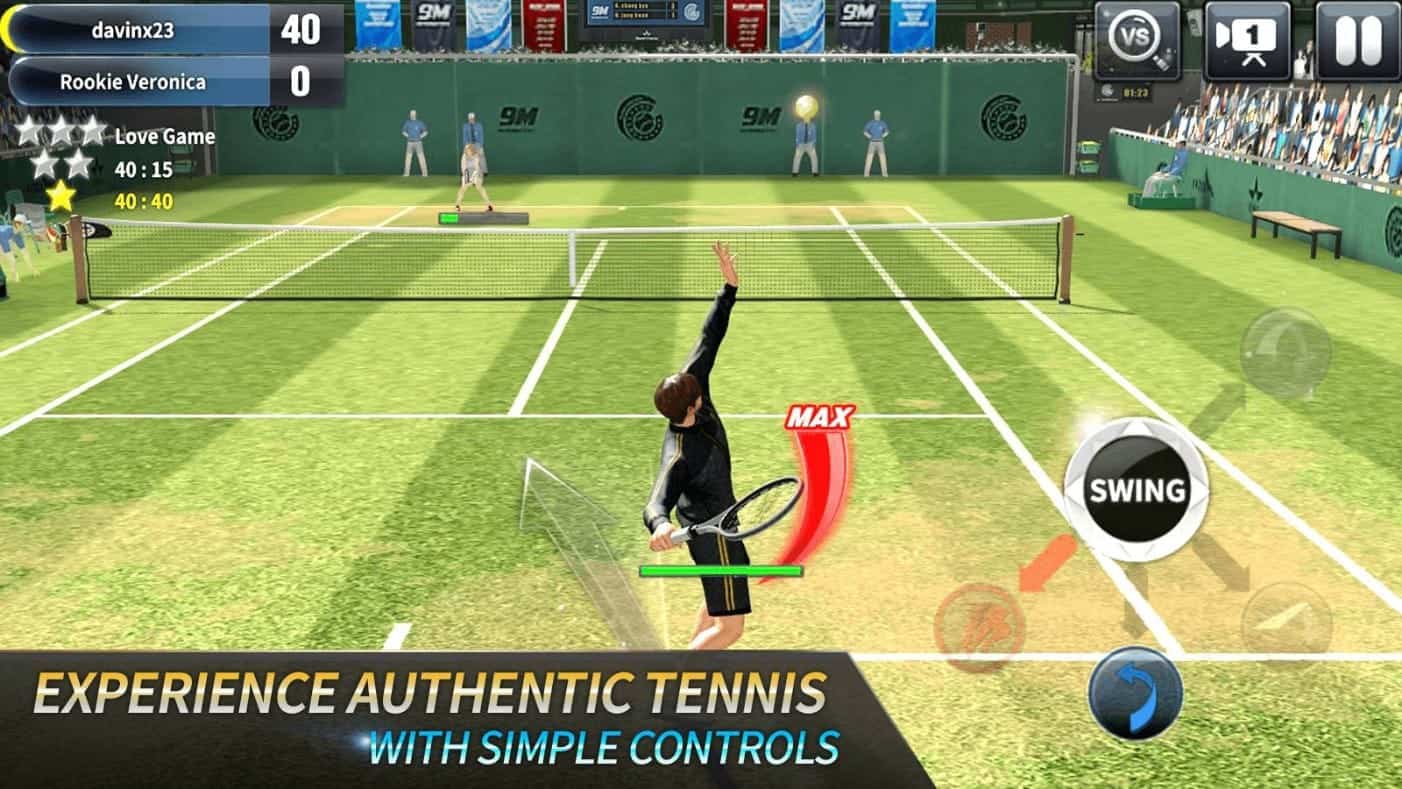 Ultimate Tennis is arguably among the best tennis-based games on the Play Store. With a 4.3-star rating and relatively great graphics, the title features World Tour, League, and real-time online multiplayer modes. Players are able to build their own team from a total of 50 characters and upgrading them, as well as tweaking and customizing each character’s equipment. Meanwhile, each has their own strengths and weaknesses and special moves. Controls are fairly straightforward but not difficult to learn, with play being possible in either one or two-hand mode. 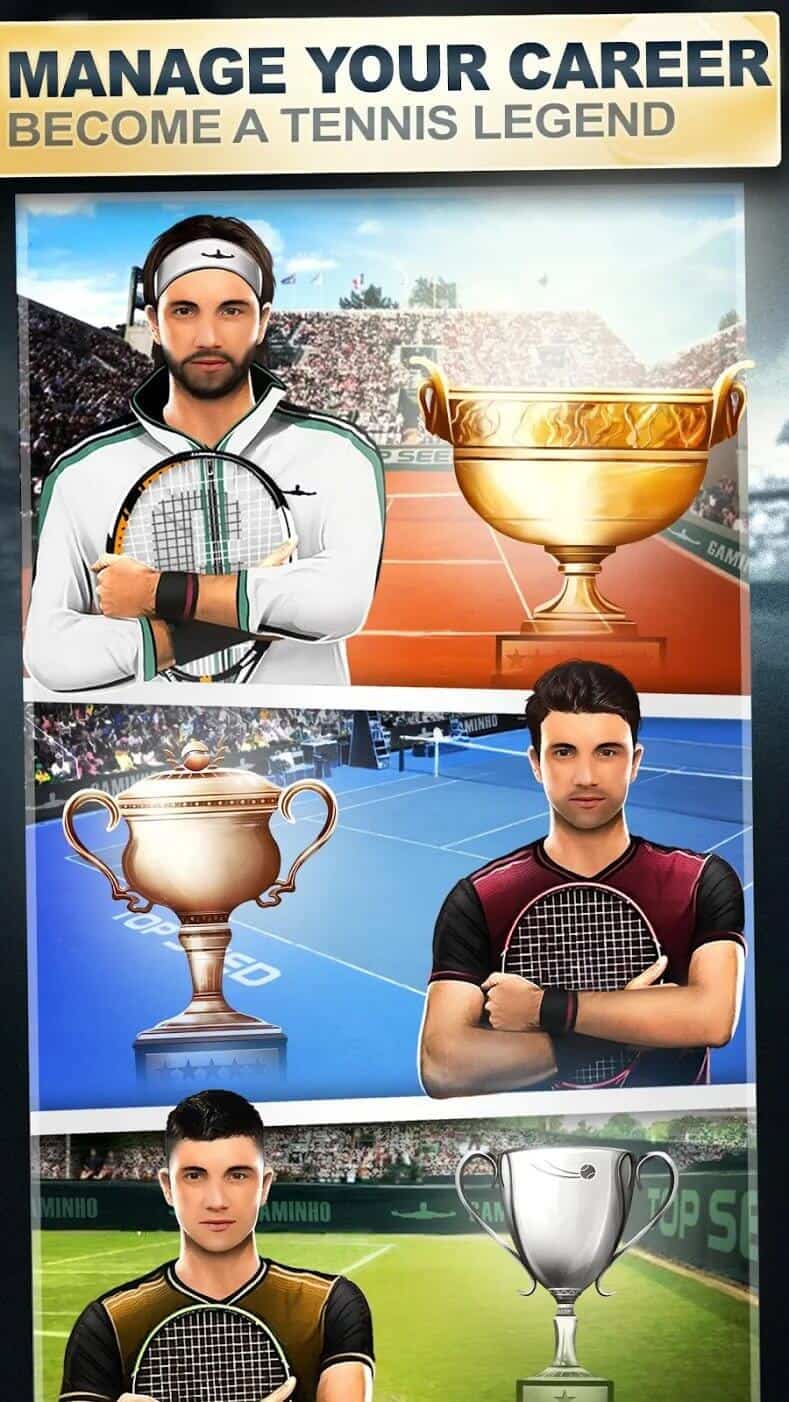 For a more strategy-based tennis title, TOP SEED Tennis: Sports Management & Strategy Game is a great pick. Rather than taking on the role of a tennis player, players act as a manager of young tennis players. From there, they take that player through each successive tournament on their path to the Grand Slams and fame. Of course, player characters need to be trained up and taught new tactics over the course of the game by recruiting new coaches and fitness trainers. All told, the unique approach taken by TOP SEED Tennis definitely places it as a top contender for best tennis games on the Play Store. 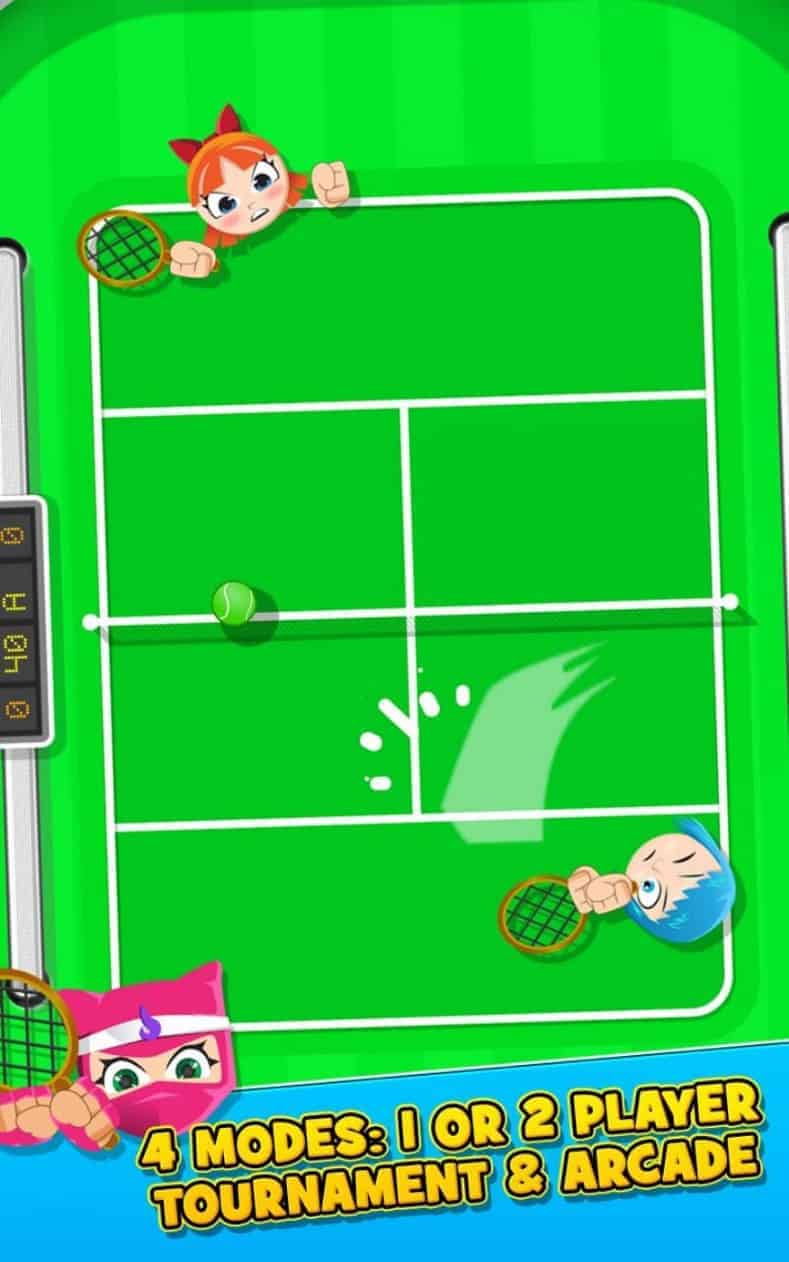 For a bit of mobile tennis gaming that leans more to the casual side of things, it’s hard to go wrong with an arcade title including local multiplayer. That’s just one feature Bang Bang Tennis Game brings to the table, along with single player and multiplayer tournament modes. The cartoon-style graphics and the fact that two player modes share a single device screen make for an intense but fun experience. Of course, this title doesn’t take itself too seriously but is a great way to kill time either alone or with a friend. 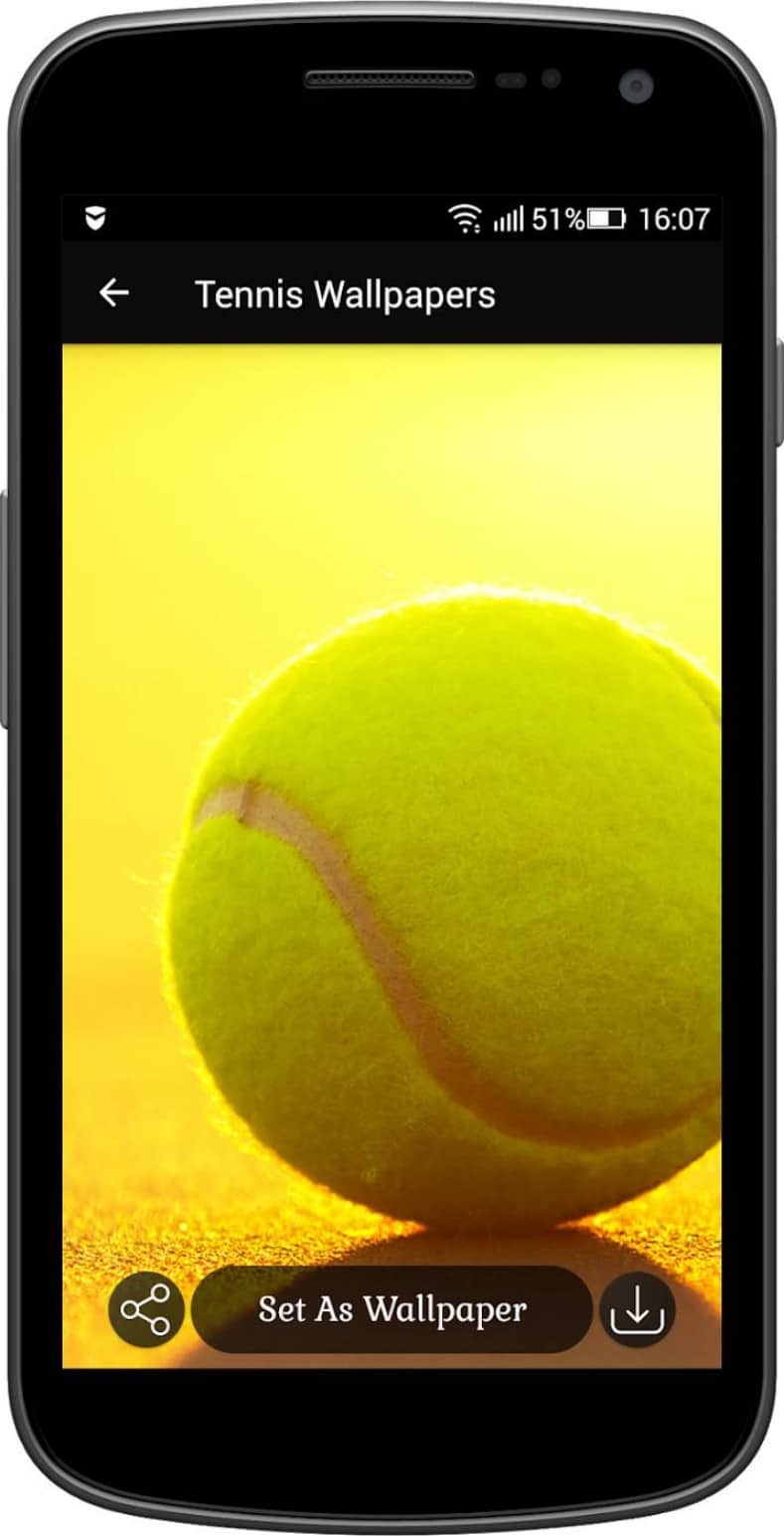 Die-hard fans of tennis will be happy to learn that there are even device wallpaper apps dedicated to the sport. Among those with the highest ratings is one called Tennis Wallpapers. As the name implies, the app makes it easy for followers of the sport to find related images for use on the home screen of their Android device. The collection undergoes updates on a fairly regular basis, too. That means there’s no reason anybody who loves tennis needs to ever get stuck with just one look.