Golf is not exactly the most popular sport in the world, but it definitely has a huge following, and thus quite a few games in the Google Play Store. There’s a surprising amount of golf games in the Play Store, so it’s not exactly easy to track down the best ones… well, we did hand-pick our top 10 favorites, in case you’re looking for a golf game to pass the time. Our picks are listed down below, so feel free to check them out, but make sure to note that those games are not listed in a specific order. 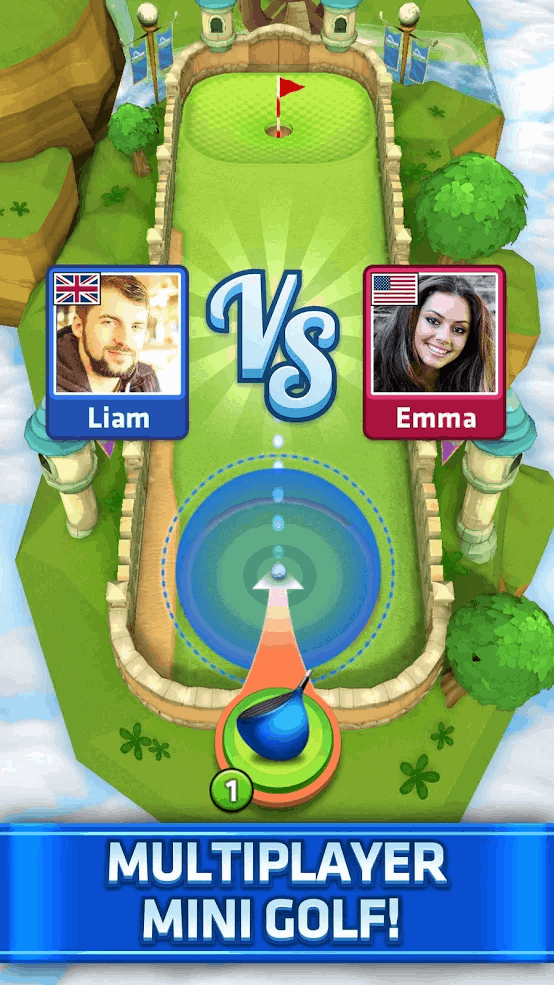 Mini Golf King is a simple, and yet quite addicting golf game. This is a multiplayer title, so you’ll be playing against players from all over the world. There are a ton of tracks that you can choose from in this game, while the leaderboards table is a part of the offering. Controls are really simple in this game, all you have to do is swipe and release. Tournaments are available in this game as well, while graphics style is simple, but it works perfectly for this game. 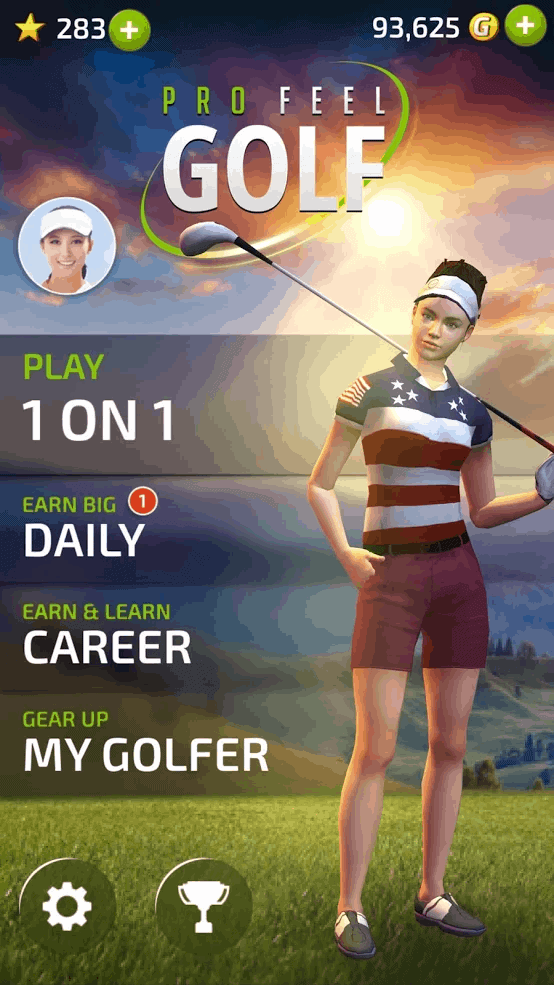 Pro Feel Golf comes with really nice graphics, and it tries to be a golf simulation, unlike most other games on this list. Controls are not difficult to master in this game, though they are a bit more complicated than in regular, arcade golf games. You can upgrade your equipment in this game, and also use various power-ups in order to do better on the golf course. This app does come with ads, though, so keep that in mind. 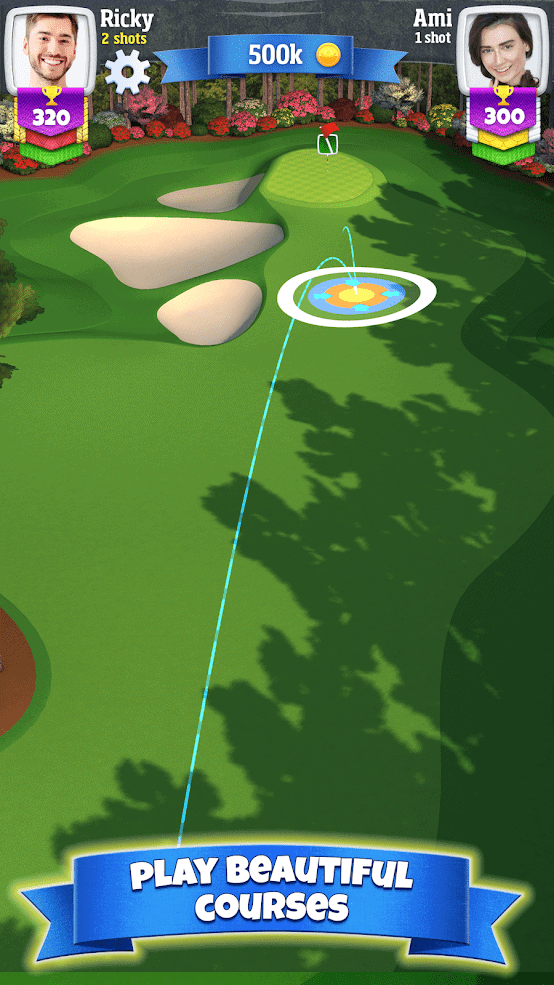 Golf Clash is regarded to be one of the best golf games available in the Play Store, though do keep in mind this is not exactly a full-fledged simulation game, far from it, it’s still immensely fun, though. You will have to pay attention to weather conditions in this game, while this game is based on ‘Quick-fire’ 1v1 gameplay, as the company refers to it. Graphics is not ground-breaking in this game, but it’s really eye-pleasing, and it works perfectly with the gameplay. 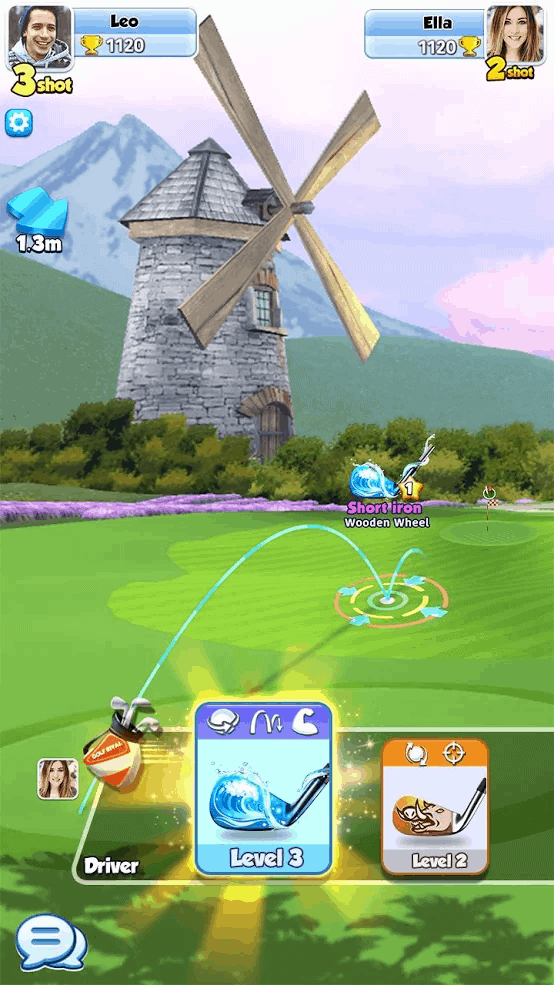 Golf Rival is yet another online multiplayer golf title, where you’ll be playing against a ton of people around the world. Controls are extremely easy to master in this game, while both 1v1 quick game and tournament modes are available in this game. You can earn various rewards in this game, while you will climb the ranking list if you end up beating most of your opponents. Ads are a part of the offering here as well. 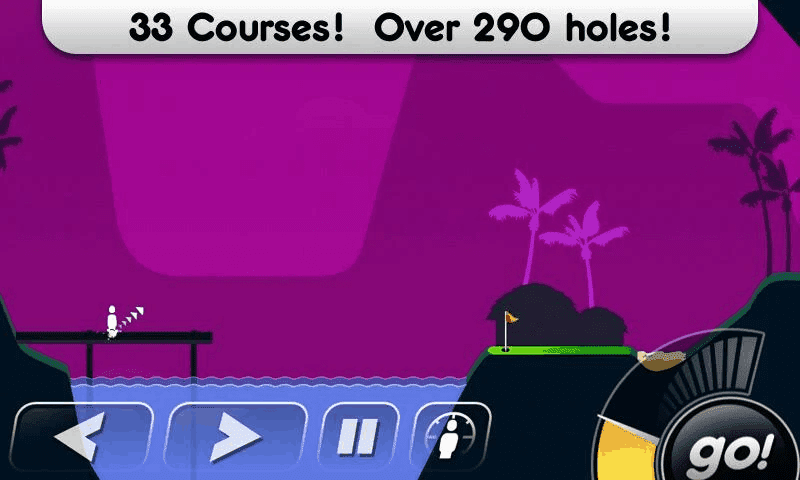 Super Stickman Golf is one of the simplest golf games on this list, and yet it’s one of the most addicting at the same time. There are 33 courses that you can play through, and over 290 holes altogether. You can unlock seven power-ups in this game, and the graphics are extremely simple. This is one of those ‘easy to play, difficult to master’ games, that’s for sure. You can unlock various achievements, and an 8-bit chiptune soundtrack is included in the package. 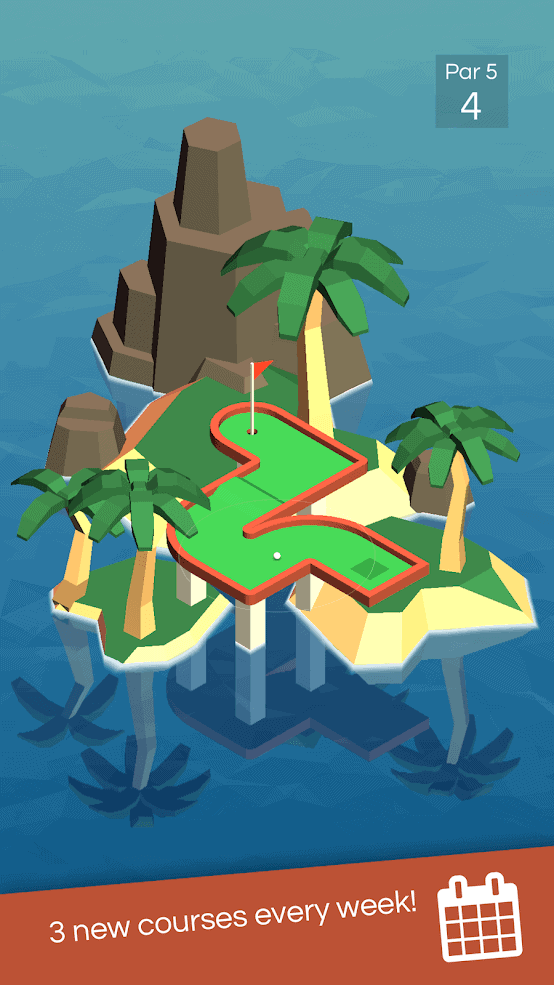 Vista Golf is a really simple mini golf game, and the developer is adding new courses every week, you’ll actually get three new courses on a weekly basis, which essentially means that this game offers endless gameplay. This game also features really nice, but simple graphics, while controls are really easy to figure out, as we’re looking at simple drag-and-shoot controls here. There are several modes included in this game, and the game is free to play even though ads are included. 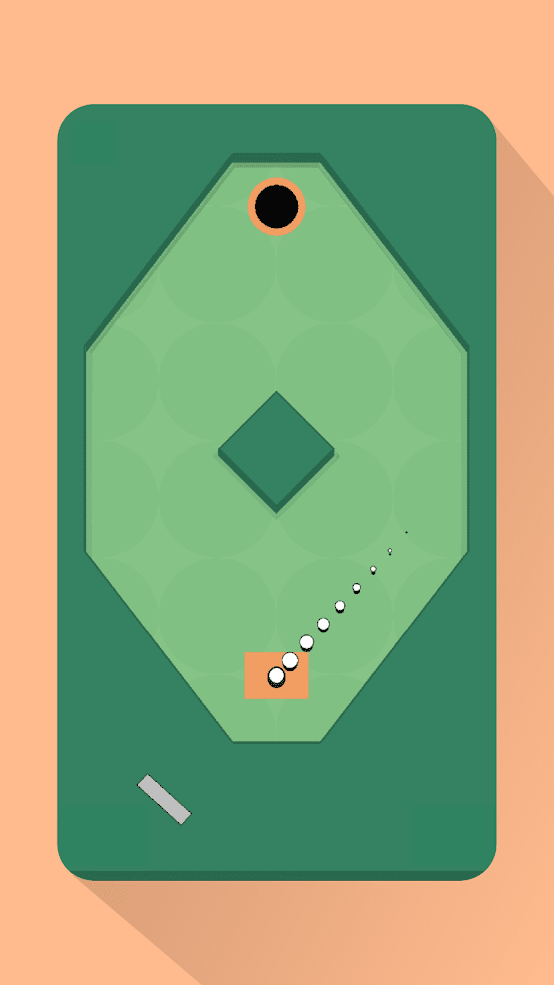 Monogolf is a really simple game which comes with simple graphics, and yet, it’s one of the most addicting games on the list. Your goal in this game is to hit the hole in only one shot. You can play Monogolf offline, while you can also create your own tracks using the ‘Level Editor’ tool that is provided in the game. Arcade mode offers 150 mini golf holes, while the Challenge mode is also included in the game. 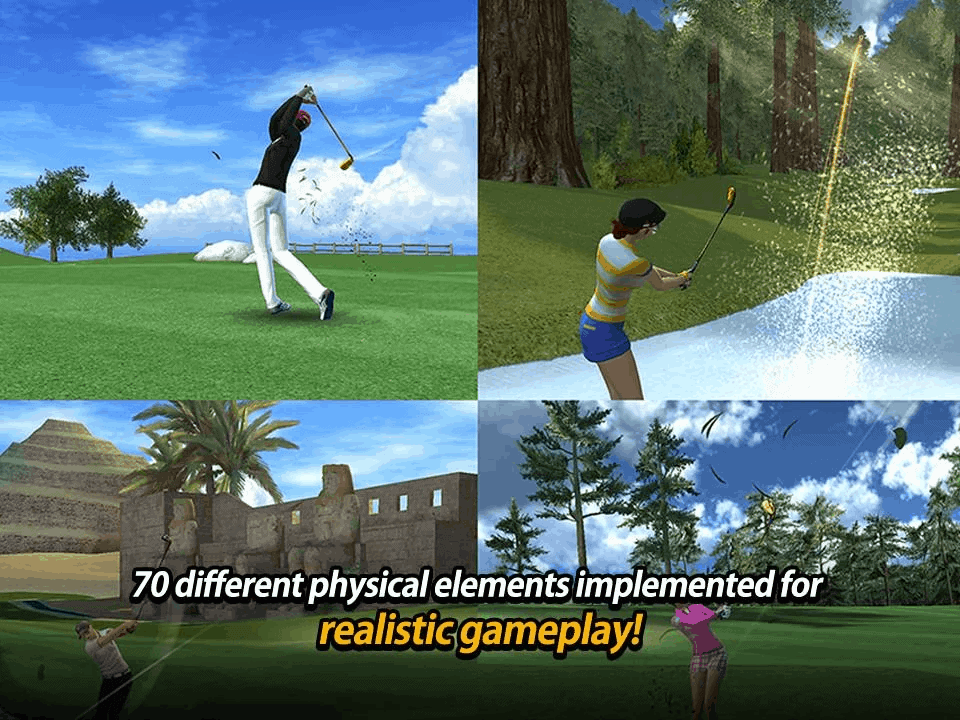 Golf Star is trying to be one of the more realistic golf games out there. This game’s graphics are solid, while this is a multiplayer game. There are several game modes that you can choose from in this game, no matter if you’d like to play against real people, or bots. Golf tournaments are included in the game, while you can also participate in the World Championship. There are various items available for purchase in this game, while the game is free to play. 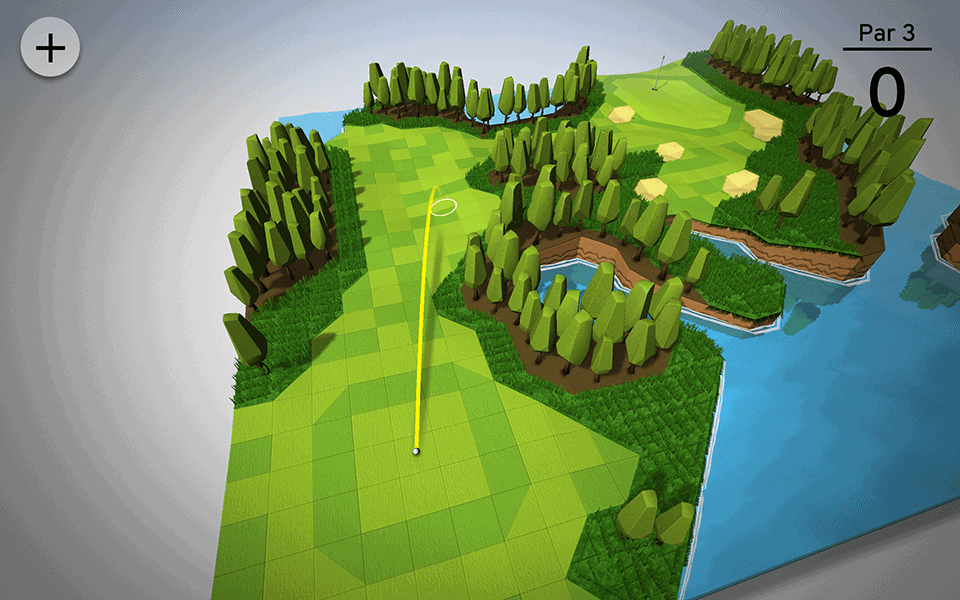 OK Golf is not a free game, this game usually costs around $4, but it’s now available for only a dollar in the Play Store. This is an arcade game, but a really addicting and fun one. Controls are extremely simple, while the developer keeps on adding new courses to the game. Various different modes are included in the game, while you can unlock various ‘secrets’ inside of this game, claims the developer. 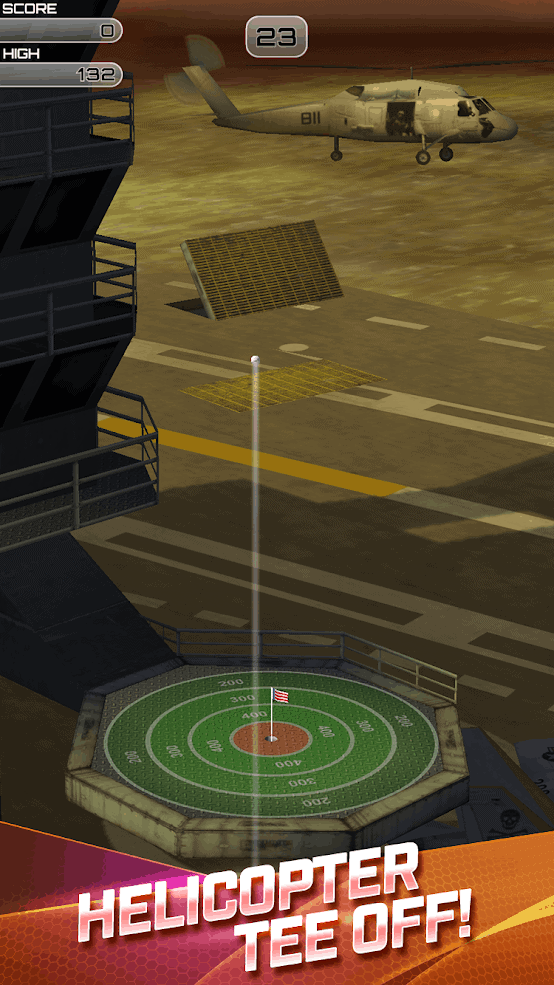 Flick Golf Extreme is a significantly different game than any other on the list. This game will provide you with the most difficult courses you can imagine, as you’ll need to tee off from the Grand Canyon, icebergs, and helicopters. Graphics are really good in this game, and controls are extremely simple, though mastering this game is not an easy task at all. The game is free to play, but ads are included.