With a smartphone and an internet connection, all sorts of information is at your fingertips. You can use your phone to do all sorts of research and productive tasks, but sometimes you just need a break. When that time comes, you have a lot of options to choose from, but if you’re interested in something that will keep your brain working, puzzle games are your best bet. Here are 10 of the best that you’ll find in the Play Store right now. 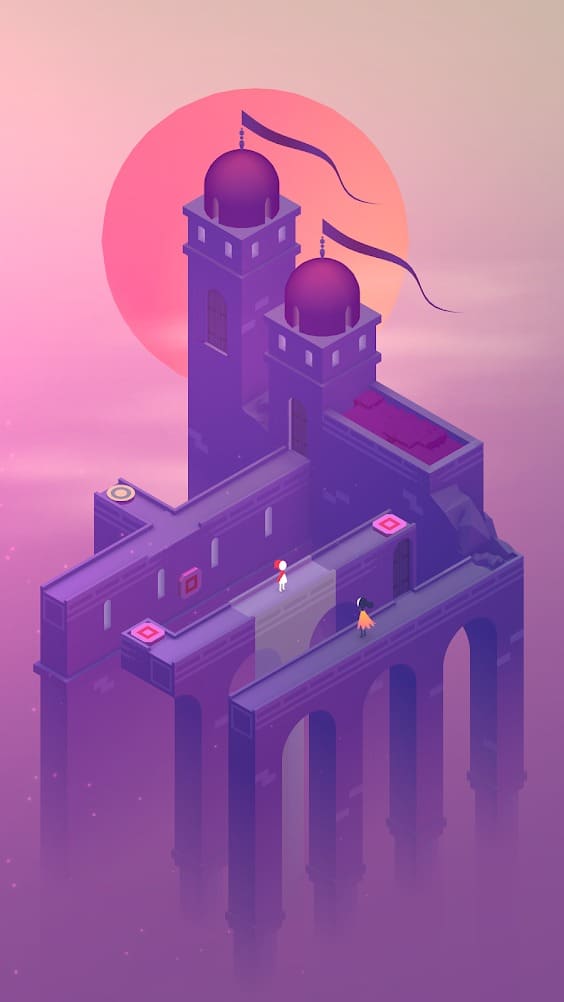 The original Monument Valley was a mind-bender for sure, and its sequel is no slouch in that regard. It also serves as a prequel to the subtle storyline laid out in the first game, though it could also be argued as a sequel. The rich environments feature all sorts of illusions of optics and physics, and you’ll need to discern and create both types in order to succeed. This one is $4.99 right now, while the previous entry, which is being adapted into a movie, is $3.99. 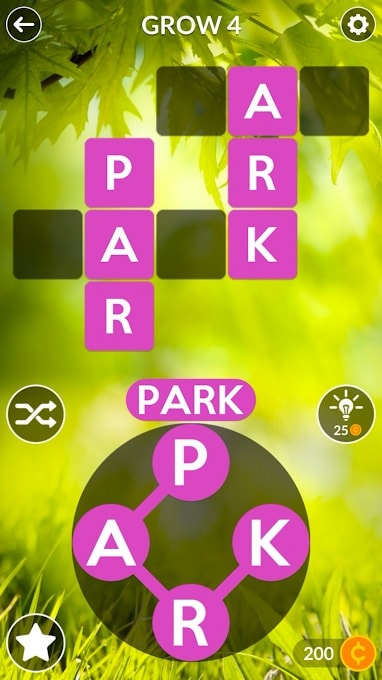 Wordscapes, a fairly new crossword game, sets itself apart from the competition with a unique control scheme and core conceit, as seen in the attached screenshot. You drag your finger between letters to make words, and no word on the board will use a letter you don’t have in your circle. There are over 4 thousand levels as of this writing, and more may be added in the future. Levels are arranged in groups that follow general themes, and feature beautiful backgrounds. You can shuffle up the letters presented to you in order to move them around, and use various power-ups to get hints for coins, which you can get by watching videos, paying money, or completing paid or free offers. 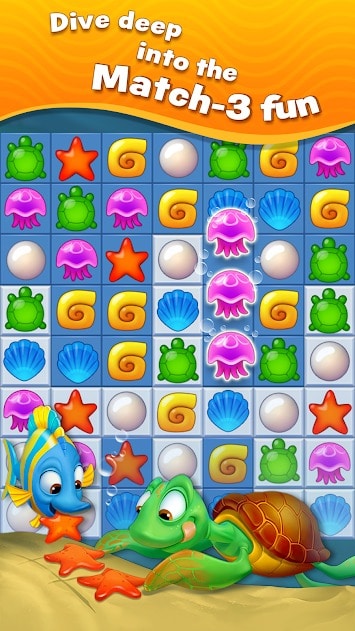 Fishdom is a unique take on the match-three genre that gives you powerups and environmental hazards to make things interesting, along with imaginative level designs. You may have to match frozen pieces to unfreeze them, make bomb power-ups on the board in order to spawn a lightning power-up and use it to clear pieces far away from the bulk of the board, or you may find your only movable pieces sandwiched within tight walls that have to be blown away. Outside of the main action, you maintain four different aquariums, decorating and populating them as you see fit. 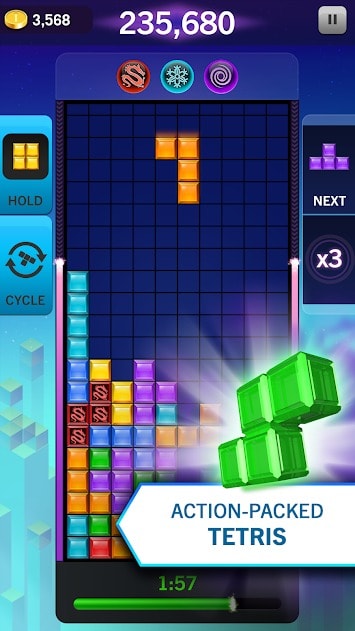 Tetris never seems to get old, and formula refreshes like this one can be a big help in that regard. This game features powerups, coins, and a number of different modes. You can even face off with other players in real time over the net.

Brain It On! – Physics Puzzles 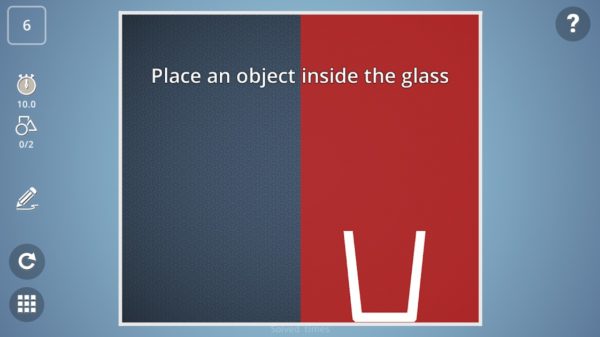 This game is a master of the old bait and switch, and will see you challenging everything you think you know about physics on a 2D plane. The game has a number of unique puzzles that can all be solved in tons of different ways with the game’s free-form object drawing and moving tools, and you can share the unique solutions you come up with. 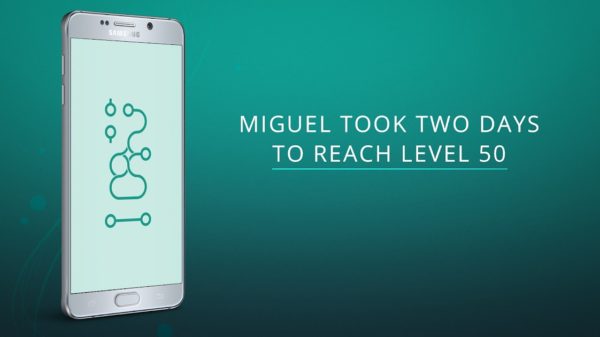 This deceptively simple and relaxing game revolves around connecting different points to form perfect lines. You can do this any way you want, within reason, leading to a game that’s somewhat of a canvas. On the flip side, there’s also a dark mode where you work to disconnect all of the pieces on the board. 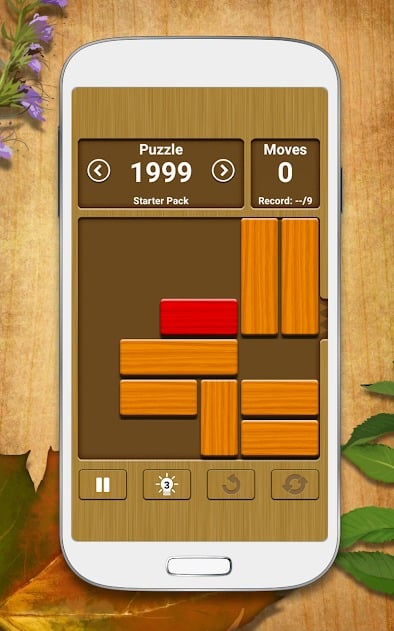 Unblock Me is a slider puzzle game with over 18,000 levels. It boasts four different modes, including Relax, Challenge, Multiplayer, and Daily Puzzles. There are even 21 achievements to help distinguish the best players. It’s worth noting that there is a paid version with no ads, and though this version is functionally identical, data cannot be transferred between the two. 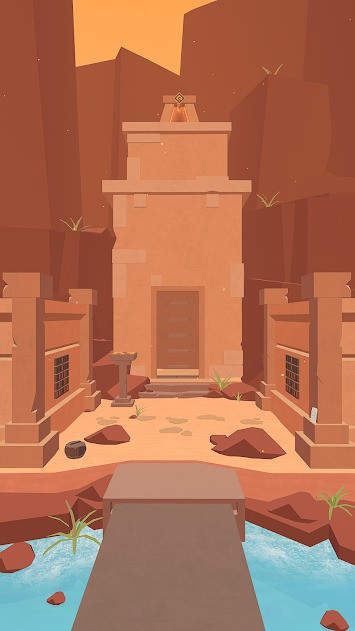 Explore and escape 18 different puzzle-packed temples in this Editors’ Choice-honored escape room game. The game is unique in that it works in 3D, and some of the puzzles are three-dimensional, as well. Fans of escape room games and puzzle games in general will find plenty to love here. 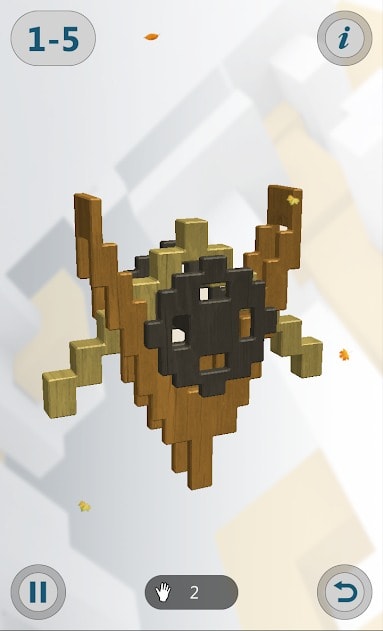 This blocky puzzler is a virtual version of those pull-apart puzzles you may have been familiar with as a child. Each level presents you with a seemingly simple design that manages to frustrate through hidden curves and interlock points, as well as deceptive design. 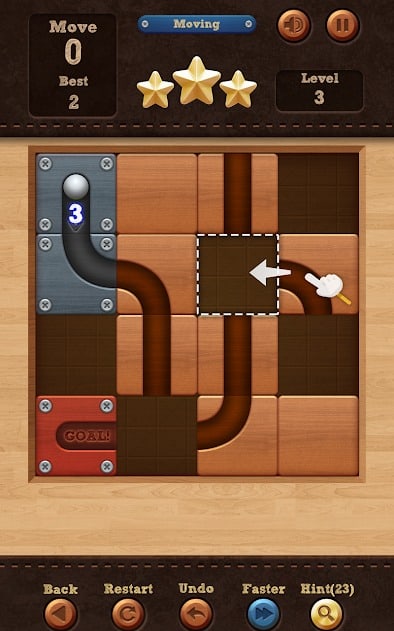 This is part marble roller and part slider puzzle. In Roll The Ball, your goal is to put together a course that will get the ball from the beginning to the desired end piece, and you’ll do it by sliding pieces around on the board, slider puzzle-style. This is one to zen out with; it features no time limits or move limits, and over 3,000 levels.