Soccer (known as Football everywhere else except in the US) is the most popular sport on the planet, and because of that, there are a ton of soccer-related games available in the Google Play Store. Not all of those games are worth your time, of course, but quite a few are actually really solid. We’ve compiled a list of our favorite soccer titles for you to check out, not all really good games managed to fit on this list, of course, but these are our favorites, so check them out if you’re interested. Before you do, however, do keep in mind that these apps are not ranked by their order, they’re listed on random, in no specific order. 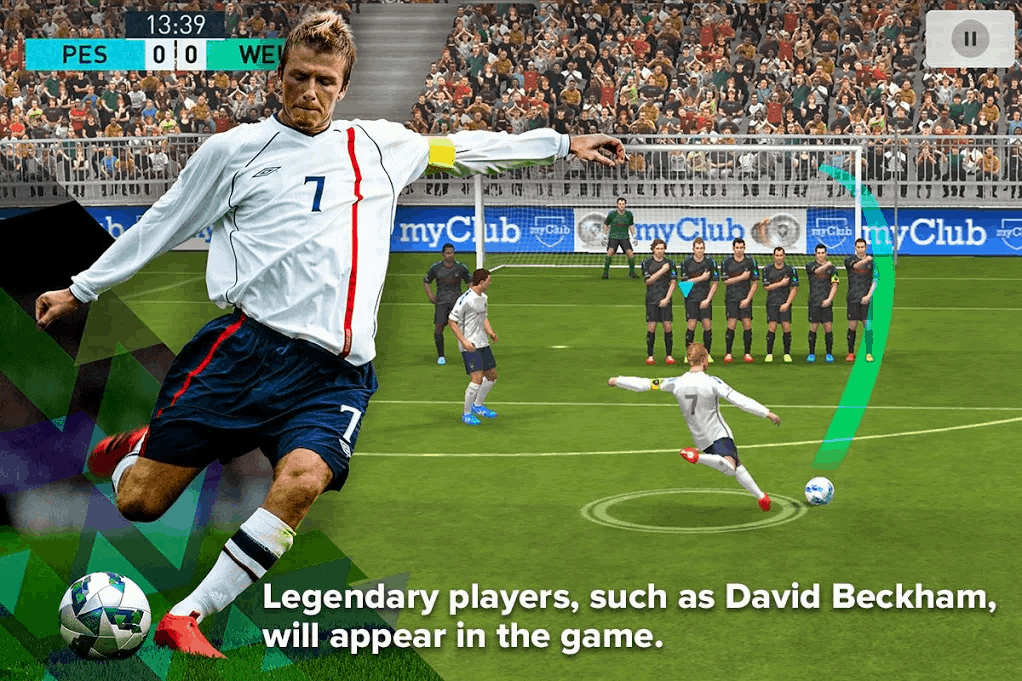 Pro Evolution Soccer (PES) is, next to FIFA, the most popular soccer game on the planet. PES 2018 comes in a version for Android as well, and it’s actually one of the best soccer games on the platform. Graphics are really solid, while the gameplay is one of the best out there. Both clubs and national teams are featured here, there are a number of competitions that you can participate in, while the controls are really well optimized. 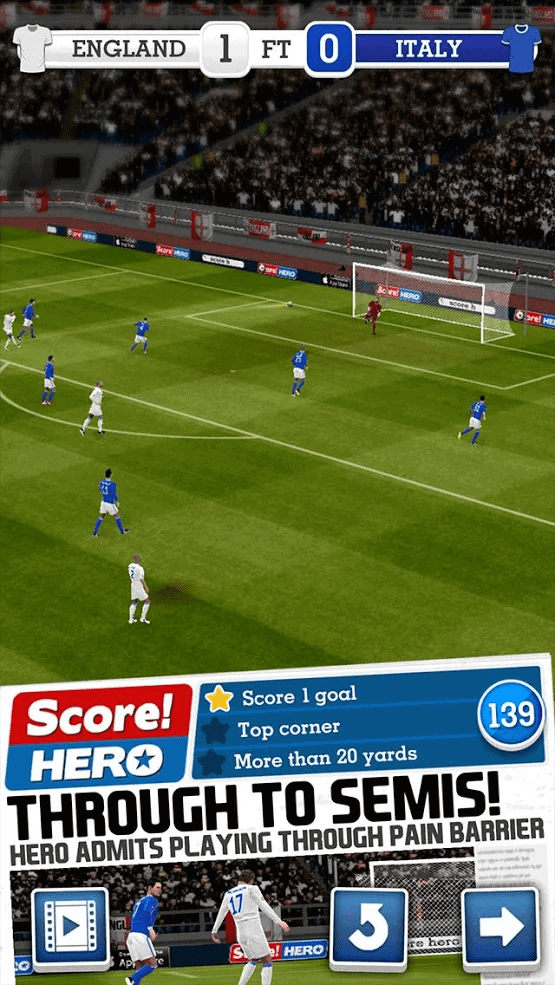 Score! Hero game comes with 600 levels, and the developers are constantly adding new ones. Your goal here is to win awards, trophies, and score goals with your player. You can change clubs as well, while representing your country in competitions is also a part of this game. You can customize your player if you want, while graphics are also quite nice in this game. Score! Hero is free to play, but it comes with ads. 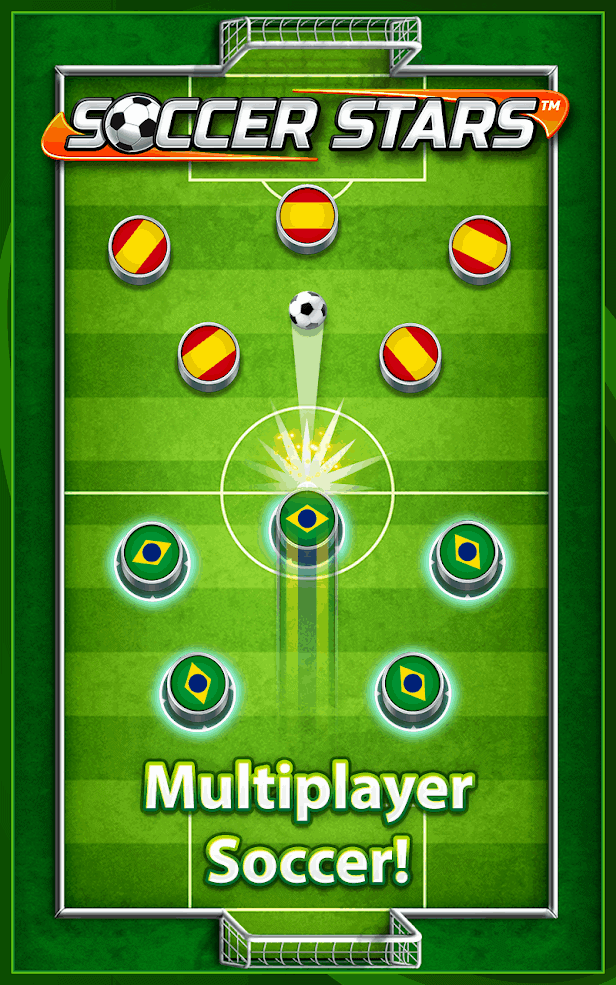 Soccer Stars comes from Miniclip, and it’s similar to Hockey Stars, and several other games from the company. Players are represented by puck-like items in this game, and we’re looking at a turn-based game here. You will be able to move one of the players on the field in order to hit the ball, and see what happens afterwards. The goal is simple, of course, you need to score a goal. This is a multiplayer game, you’ll be able to play it against various opponents from all around the world. 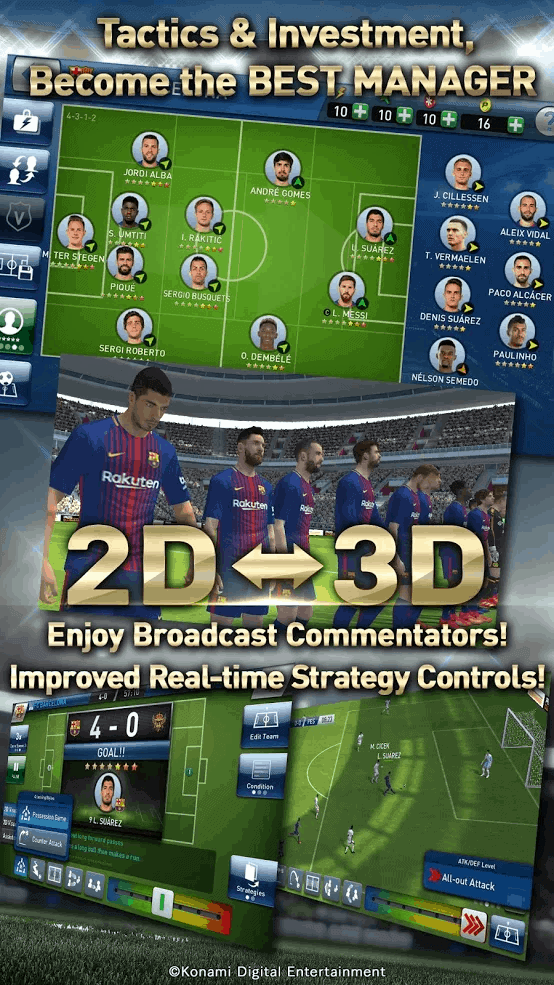 PES Club Manager is yet another soccer game that is made by KONAMI. As its name says, this is a manager game, unlike PES 2018. 2018 roster is available inside the game, and this is one of the best soccer manager simulation games out there. As in your regular soccer manager, you will need to take care of various aspects of the team, from transfers and training to setting up lineups for matches and leading your team during matches. Training mode is included here, and there are a ton of other features included. 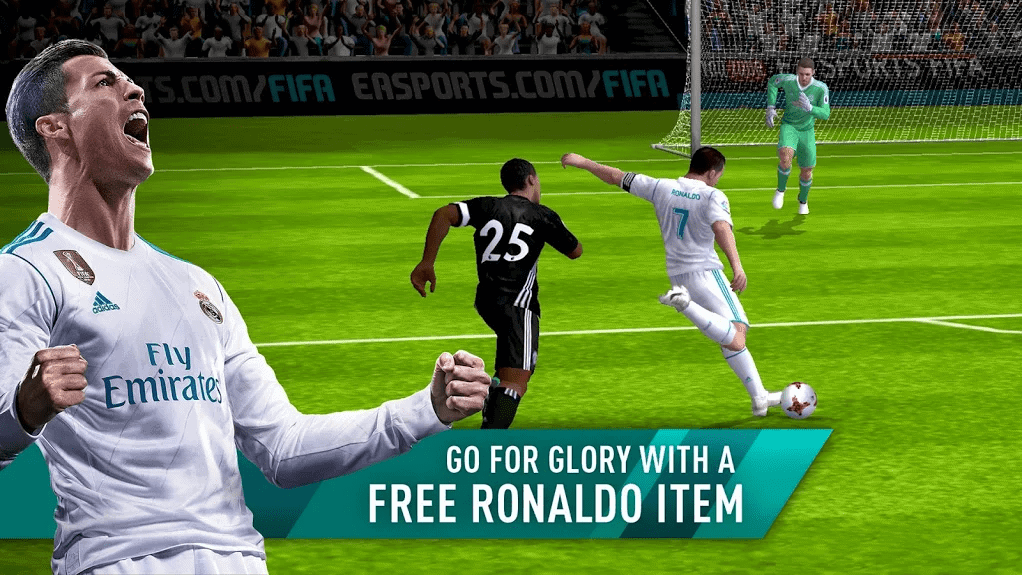 FIFA is the best-selling soccer game in the world, and its iteration for Android is actually really good. FIFA Soccer has one of the best graphics when it comes to soccer games on Android, and the game has all the necessary licenses. Similar as with PES 2018, you can play through various competitions with a team of your choice, or play exhibition matches with clubs or national teams, it’s up to you. Controls are spot on here, and there’s a ton of additional content in the game. 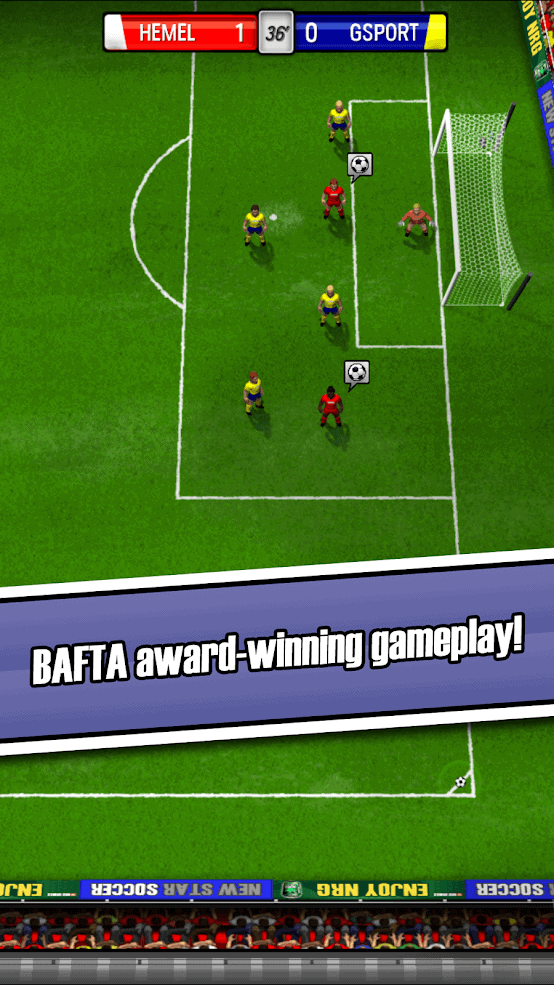 New Star Soccer is one of the best-rated soccer apps on Android, and even though graphics in this game seem outdated, the game is really fun. In this game, you can hire agents and trainers to learn new skills, and develop your soccer talent. You will also be able to enjoy life off the pitch in this game, for example, you’ll be able to visit horse-racing events. This game is free to play, and it’s currently holding a 4.6-star rating in the Play Store. 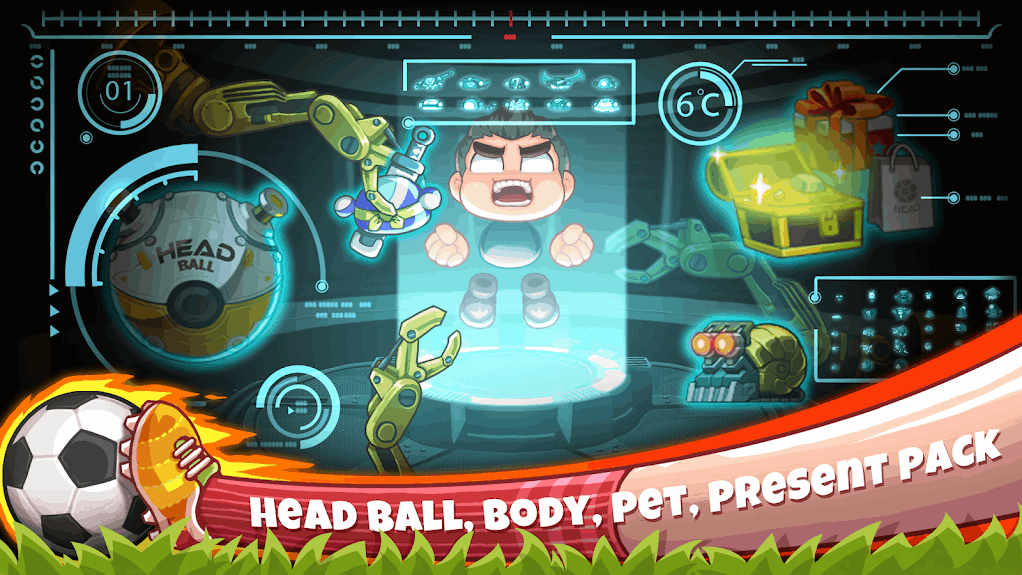 Head Soccer is your atypical soccer game, as this game is more about fighting than playing soccer, but it’s extremely fun, and the ultimate goal is to score (a goal), so… it is a soccer game. This game’s graphics seem a bit outdated, but it definitely works with the gameplay here. You will be able to perform various kicks / moves in this game, and the game is free to play, though ads are included. 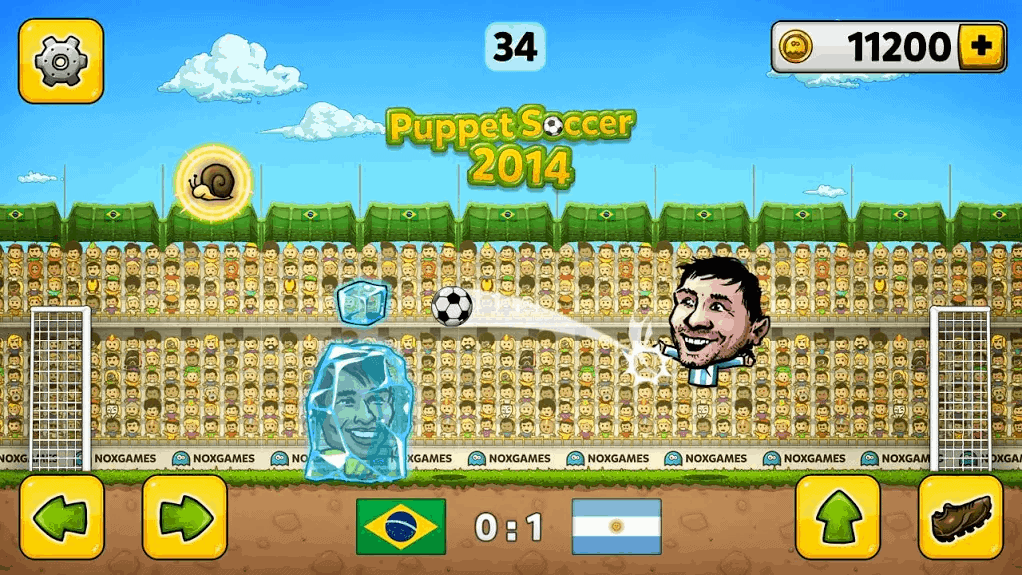 Puppet Soccer 2014 may seem outdated based on its title, but this game is getting updated to this day, and it’s extremely fun. You will be playing one-on-one matches in this game, and all players have really big heads. The gameplay is extremely simple, and this is a 2D game, so all you need to do is kick the ball in your opponents net. You can go left, right or jump up, that’s more or less it as far as movements goes, but that’s all you need here, really. 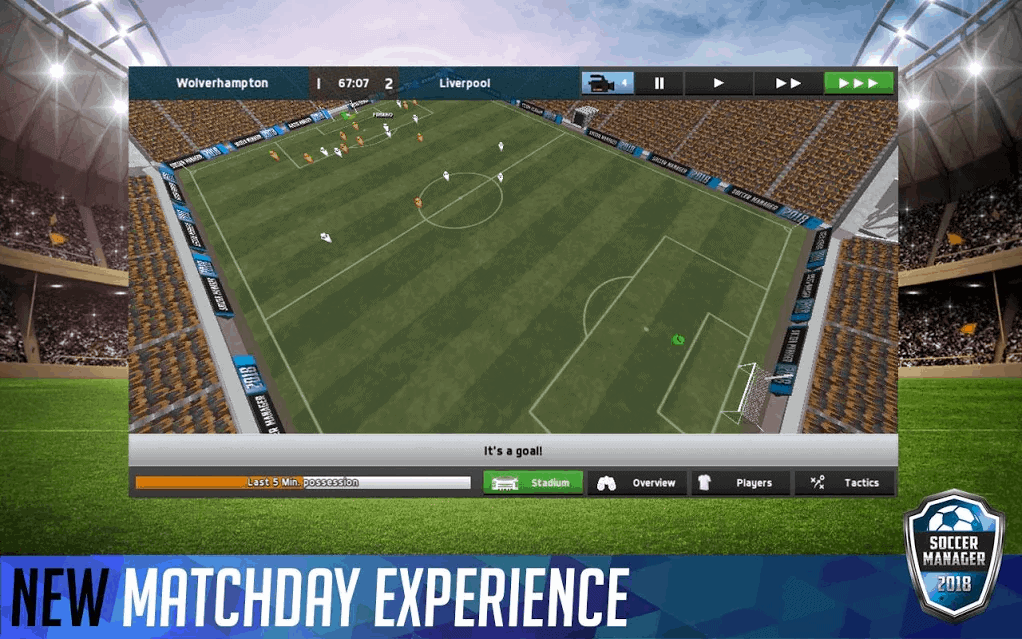 Soccer Manager 2018 is one of the most detailed soccer manager games available for Android. Graphics in this game are really nice, and the game is free to play. You will be able to build your team on and off the pitch, while an in-depth training system is implemented here as well. 2018 season rosters are included here, and the developer keeps updating this application with new content and various fixes. 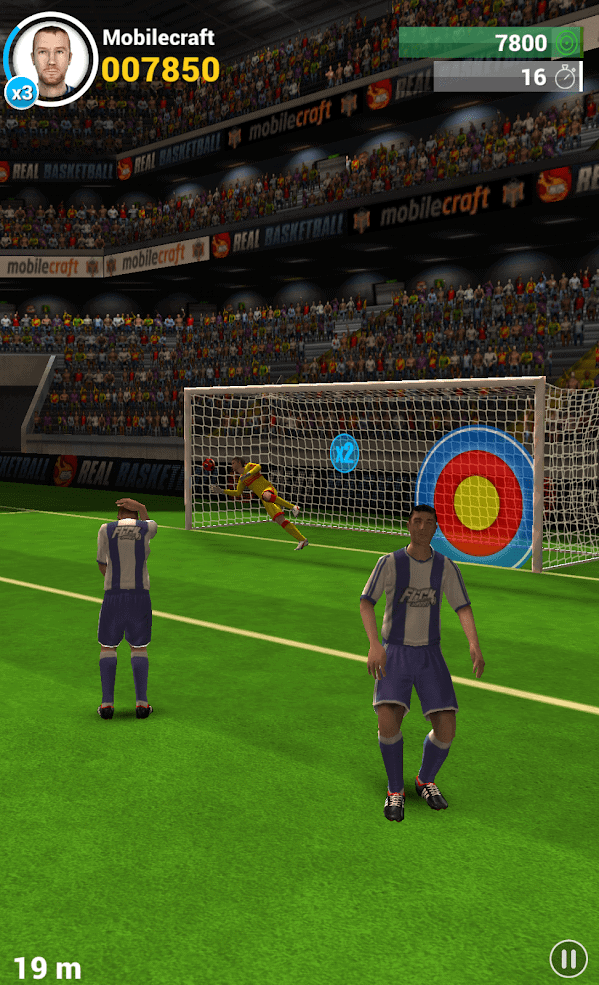 Flick Shoot 2 comes with six different single player modes which offer plenty of gameplay. Those modes are: Challenge, Arcade, Not Miss, Time Attack, Dribbling, and Practice. You can also play this game online, while there are dozens of customizable soccer players, jerseys, balls, and shoes available. This game offers really nice graphics as well, and the game is available in a number of languages.