Trustify: an Uber for private investigators 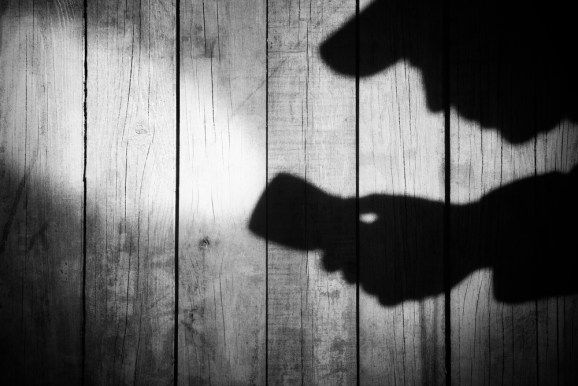 Launching initially for those in Washington, D.C., Trustify is the handiwork of Danny Boice, the cofounder and chief technology officer behind Speek, which has been trying to disrupt the lucrative conference call market and which includes big-name boosters such as Edward Norton. While Boice remains active on the Speek board, his attentions have now turned to the sleuthing realm with an online service aimed at helping people find a private detective.

Trustify was born from Boice’s own experiences. Following his divorce several years back, he suspected that his former wife was breaching the court-stipulated conditions of their child custody arrangements, which prevented her from taking their kids to stay with her new partner. But he didn’t have proof.

With little knowledge of how the private investigation industry worked, Boice did what anyone in a similar situation would — he searched on the Internet. He said he discovered what amounted to a mess — dated websites of questionable reputation. Additionally, many of the private investigators he spoke with charged expensive retainers for their services, and after testing the water with one, he was left $1,500 out of pocket and none the wiser as to what he’d actually gotten for his money.

After speaking with a number of investigators, he became more knowledgeable about the industry itself and managed to find one that adhered more to the on-demand principles enabled by the Internet — so when Boice suspected his former wife was visiting her new partner’s house with his kids, he contacted the investigator.

And this is how Trustify came to fruition: as a reaction to what Boice says is an incredibly muddy, fragmented market. But it also happens to be a lucrative market — citing data collected by the U.S. Census Bureau, the Wall Street Journal recently reported that annual revenue from investigation services doubled to $5.2 billion between 2002 and 2012. 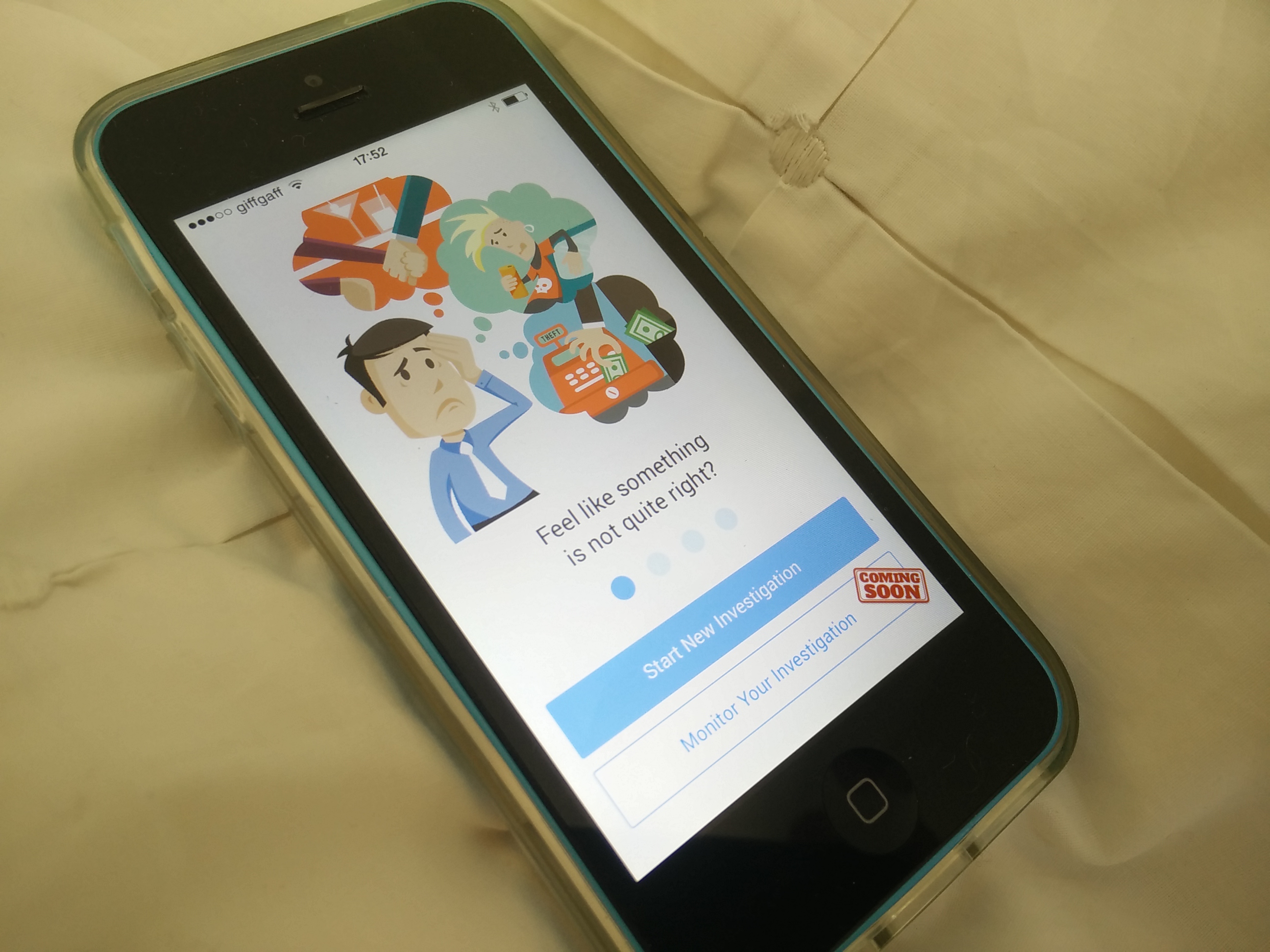 Taking the form of a web app and an iOS app, the team at Trustify check the background credentials of the investigators on the platform and serve up an easy-to-use interface with transparent, pay-as-you-go pricing. Indeed, central to Trustify’s model is the way it charges by small blocks of time, which is perfect for those who need a couple of photographs taken or other simple documentation to support their case — no retainers or long-term commitment required.

Though Trustify is still playing with its exact pricing structure, for now investigators are paid $30 per hour, with customers paying $59 to Trustify. So the company basically takes a 50 percent cut, which is a sizable slice, but it’s indicative of the growing demand to match up detectives with suspicious members of the public.

The app begins by asking a series of questions relating to your situation. 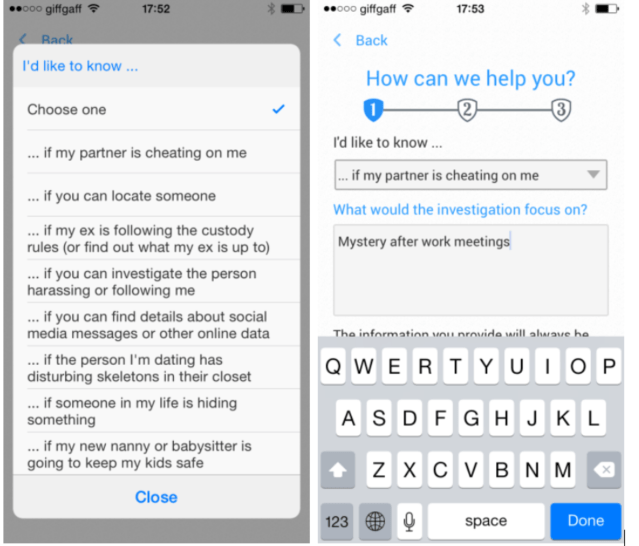 Armed with this information, a private investigator will pick up the case within 48 hours and dispatch themselves as per the requirements. And that’s pretty much it.

Buoyed by $1 million in angel funding and promising results from its “soft” rollout in Washington, D.C., the company’s next step will be to launch in other cities around the U.S. — and that’s when Trustify’s model will really be tested.