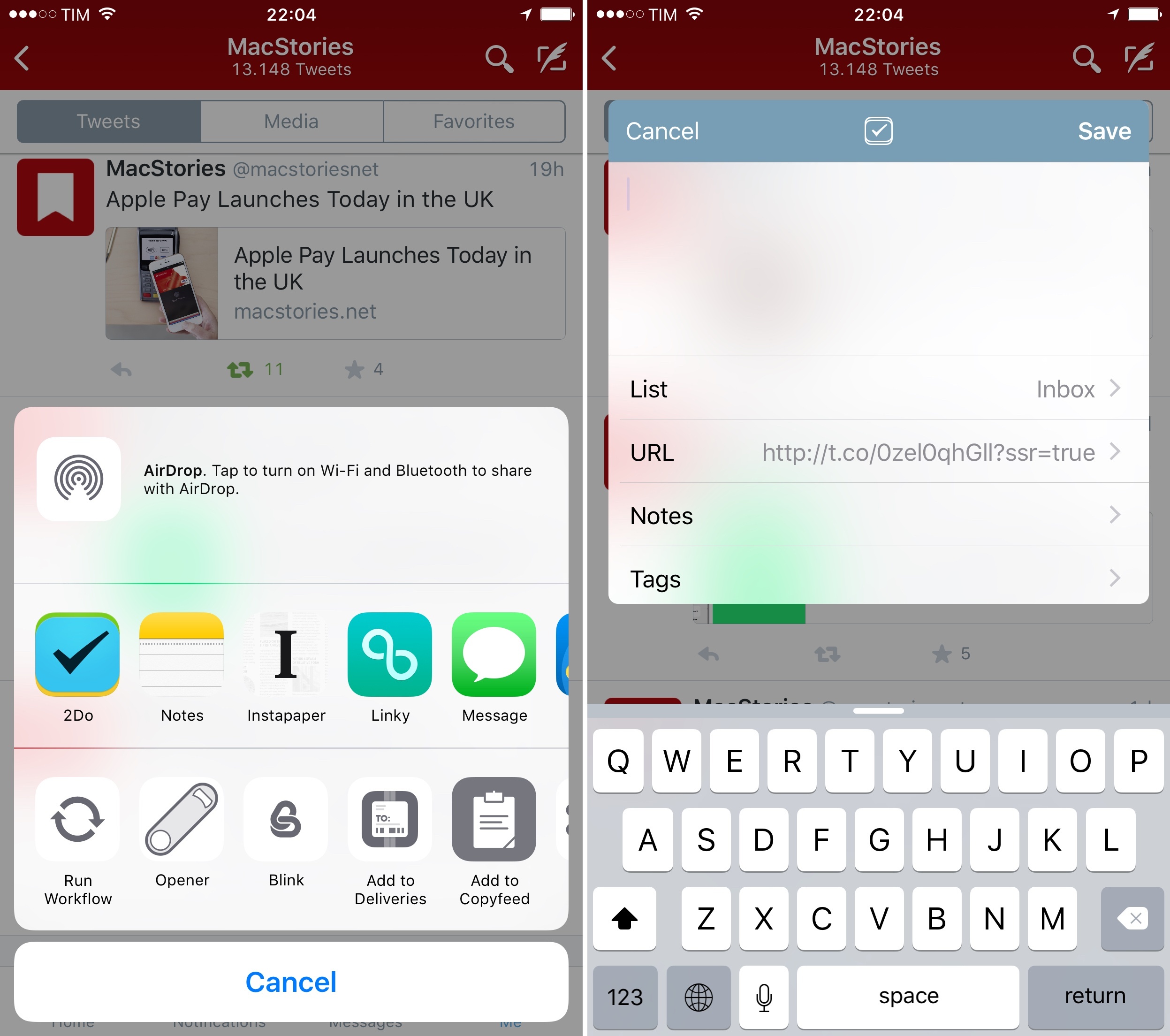 With an update released today, Twitter has brought support for iOS 8's system share sheet to its iPhone app, allowing users to share links to tweets and articles through native action and share extensions.

The lack of share sheet support was one of my longstanding annoyances with Twitter's iPhone app, and I often questioned the motivation behind the decision to stick with custom share options for several months after the launch of iOS 8.

With the latest update to the iPhone app, it's now possible to long-tap on links (which are displayed with a new snippet preview in the timeline if they're powered by Twitter Cards) to bring up the iOS 8 share sheet, which will receive a link as a t.co URL with a custom parameter attached to it (see screenshot above, showing the 2Do extension in Twitter). As you would expect from a system feature, share sheets in Twitter behave consistently with other apps on iOS, allowing you to send links to any app that is capable of receiving them.

Besides links shared in the timeline, it's also possible to share tweets themselves using extensions. With the same tap & hold gesture, you can use a new 'Share via...' option to show extensions to save links to tweets. These will be shared as standard twitter.com URLs with no tracking parameters attached.

Even if late, I'm happy to see that Twitter is supporting native iOS extensions in their app. It appears that, for now, the feature is limited to the iPhone app as, unsurprisingly, it hasn't been brought over to the iPad yet. Hopefully, we won't have to wait another year for it.