With Two New Models, How Many iPhones Can Apple Sell in a Weekend? 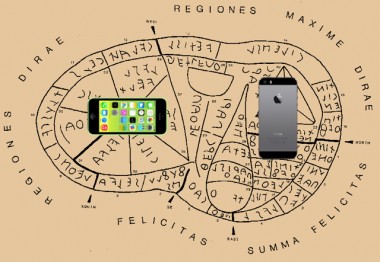 Piper Jaffray’s Gene Munster was among the analysts issuing Wednesday research notes hazarding a guess as to how many units of the iPhone 5s and iPhone 5c Apple can sell between Friday and Monday. He expects Apple to sell between five million and six million iPhones over the weekend. At the low end, that’s as many iPhone 5s as were sold during that device’s launch weekend last year. At the high end, it’s a million more.

“While the 5-6 million range may be viewed by some as a disappointment given that it will include China as a launch country for the first time, we believe our survey work suggests that demand is healthy, but slightly below where demand was for the iPhone 5 was last year, which included a new form factor,” Munster wrote.

And, like many observers, Munster figures that, by Monday, Apple will have sold all of the iPhone 5s handsets it manufactured for launch weekend. A safe prediction, given reports of 5s inventory that carrier sources described to AllThingsD as “grotesquely” low.

Over at BTIG Research, Walter Piecyk says he expects Apple to sell at least six million iPhones. This will be due in part to the iPhone 5c serving as an added sales engine, but also because of a significant increase in the addressable market Apple has targeted for launch.

Finally, there’s Citi analyst Glen Yeung. He’s expecting the iPhone 5s and 5c together to rack up first-weekend sales of around 7.75 million. He figures that the 5c will account for more than 4.5 million of those, with 5s sales totaling around 3.2 million.

Both the iPhone 5s and the iPhone 5c go on sale this Friday at 8 am local time at Apple retail stores, and at 12:01 am PT at Apple’s online store.