The Xiaomi Mi Max 2 has just leaked yet again, following the phone’s GFXBench listing, and the company’s confirmation that the phablet will launch on May 25. If you take a look at the gallery down below, you will get to see two new images of the Xiaomi Mi Max 2. The source actually shared three images, but one of those had surfaced in an earlier leak. In any case, the images that are included down below let you take a really nice look at the back of the device, as these are real life images of the Xiaomi Mi Max 2, and not renders. In addition to the phone itself, you get to take a look at its see-through case, though we don’t know if this is an official case or not.

The Gold-colored Xiaomi Mi Max 2 leaked, and it comes with a single main camera, and a rear-facing fingerprint scanner. All of the phone’s physical keys are located on the right, volume up, volume down and power / lock keys, respectively. The company’s branding is visible on the back of the device, and a Type-C USB port is placed on the bottom. Speaker grills are flanking the Type-C USB port, and at least one speaker will be placed on the bottom of the device, though it is possible Xiaomi might opt to include two. The device’s antenna bands are visible in the provided images as well, they’re located on the top and bottom of this phone, and are not that pronounced, which is a good thing.

The Xiaomi Mi Max 2’s specs were more or less confirmed by GFXBench a while back. According to the site, the Xiaomi Mi Max 2 will sport a 6.4-inch fullHD (1920 x 1080) display, just like its predecessor. This phablet will also pack in 4GB of RAM and 128GB of internal storage. Qualcomm’s Snapdragon 626 64-bit octa-core SoC will fuel the device, it seems, along with the Adreno 506 GPU for graphics. A 12-megapixel snapper will be placed on the back of the Xiaomi Mi Max 2, and Android 7.1.1 Nougat will come pre-installed on the phone, along with Xiaomi’s MIUI 8 OS. A 5-megapixel camera will be included on the front side of the Xiaomi Mi Max 2, and the phone will be made out of metal. That’s pretty much all the info that we have at the moment, the device is launching in three days, though, so stay tuned. 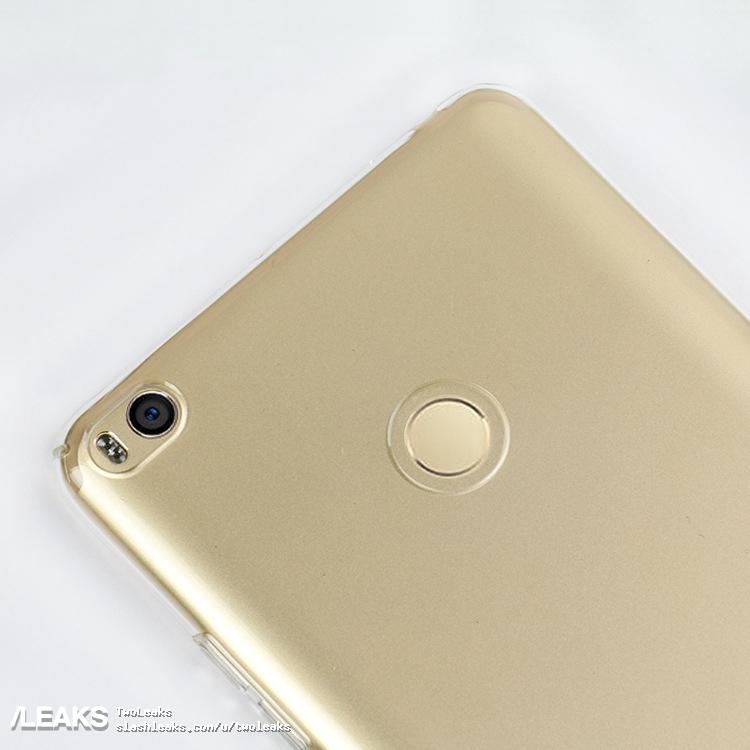