Ubi turns any wall into a touchscreen using Microsoft's Kinect 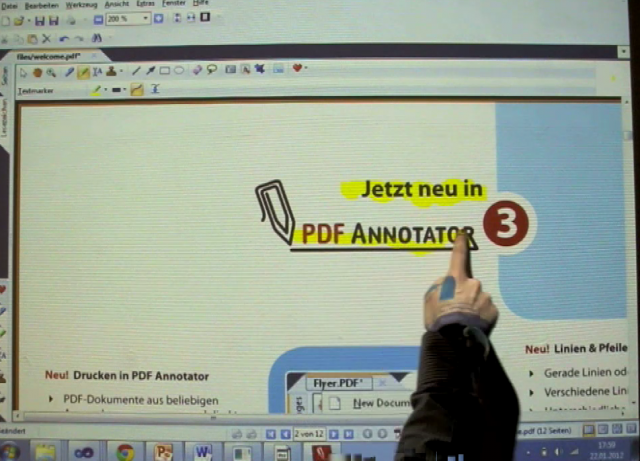 "We can turn any surface into a 3D touchscreen," explained Anup Chathoth, one third of Munich-based startup Ubi Interactive. Such claims typically conjure up images of floating Minority Report-style touchscreens made from curved glass, but that's exactly what this three-person team has developed.

Ubi's system uses a  Microsoft Kinect sensor to turn a regular projector into a multi-touch PC projection system, where regular PowerPoints, web pages, even games no longer require clickers or wireless mice to be navigated. By using the motion-tracking and depth-perception cameras in the Kinect, Ubi is able to detect where a user is pointing, swiping and tapping on a surface and interpret these gestures as if they were being performed on a giant touchscreen or interactive whiteboard.

All well and good in principle, but does it actually work? Wired.co.uk visited Ubi Interactive at Microsoft's Westlake offices in Seattle this week for a hands-on demonstration. And the answer was a resounding yes.