by Lee Cunningham
5.0 stars – 20 reviews
Kindle Price: FREE!
Text-to-Speech: Enabled
Don’t have a Kindle? Get yours here.
Here’s the set-up:

He’s An Undercover Operative, Called In To Take Down A Criminal Syndicate

When undercover operative, Shane Beckett, is contracted by the Carson City Sheriff to investigate a crime family syndicate, and the syndicate’s links to drug cartels and politicians, he is quickly swept up in two murders. To complicate matters further, he falls deeply in love with the woman of his dreams, in the middle of the investigation.

Just as he comes to realize that The Case is far more complex than he could have imagined, he himself becomes a target for assassination and learns that there is more to his new love and her family than first appeared. As he enters the depths of the underworld, Shane becomes entangled with people responsible for his parents’ murders, an unknown assassin, warring drug cartels, and a shadow government.

Shane must quickly make complex and difficult choices as The Case drags in additional people, more danger, building intrigue, and a passionate love he had never known possible. He struggles to maintain control of The Case and his life, as he identifies a barrage of people and motives. Shane finally discovers he can’t begin to unravel these mysteries until he finds the key that will unlock the past ”” The Beckett Cypher.

˃˃˃ The Case, the first book in the series, is a gripping thriller that will keep you on the edge of your seat, wanting more!

“What a rollercoaster ride. Things are not what they seem and the mysteries keep coming“ 5 star review 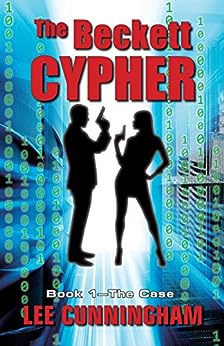